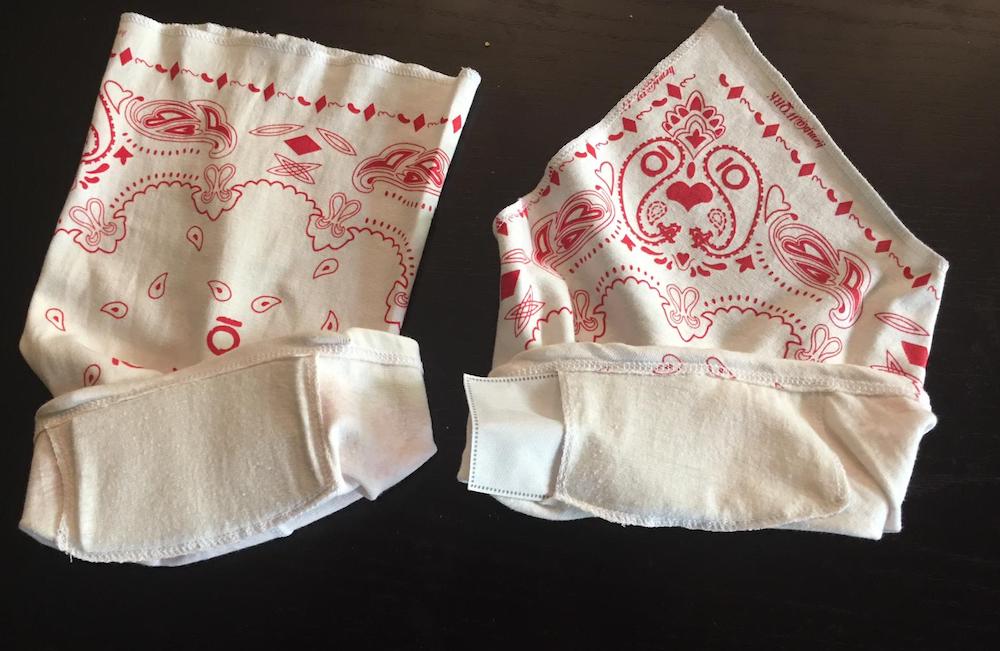 As face masks and social distancing measures become the new way of life, we need to be turning to more sustainable sources. Meet those producing hemp PPE.

Personal protective equipment (PPE) might be a lifeline for the human population during a global health pandemic, but it could be a death sentence for the natural world.

Surgical masks and plastic gloves are already being found washed up on so-called ‘plastic islands’ in the ocean, following a surge in PPE production due to the coronavirus outbreak.

And if there’s one thing the climate doesn’t need it’s more single-use plastic.

That’s why for the last few months Sam Cannon, of Beyond Green, a cannabis consultancy company, has been on a mission to find a more sustainable solution.

“There is so much single-use PPE going out into the world, which is essentially going to end up either in landfill or in the sea,” he said.

“If you think about the amount of PPE that has had to be produced and distributed to hospitals and people just walking down the street, that’s a lot of plastic out there.”

Sam has teamed up with Californian businessman and founder of O Wear – the first organic cotton company in America – George Akers, to produce some of the world’s first hemp PPE.

A key player in the Seeding the Future campaign to raise awareness of hemp earlier this year, and a co-author of the UK’s first hemp manifesto, Sam discovered through his own research, that not only could it produce more stronger and durable material but it also has antimicrobial properties that remain in the fabric even after it’s washed.

“It was something I really believed in, that if we’re going to produce another plastic product, it really should be biodegradable – we shouldn’t be putting another single-use plastic product onto the market.”

Sam discovered that Romanian company Ionescu was already producing hemp face masks but only in limited numbers. He eventually connected with George who had been working on the development of mass hemp farms for the production of industrial materials –  and he had begun to make samples of hemp masks and hospital scrubs.

Sam explained: “The mask has three or four layers of hemp cloth, equivalent to some of the top disposable masks that are out there on the market at the moment.

“The scrubs again, keep their antimicrobial properties and can be washed multiple times. And they are a lot more durable and longer lasting.

“We’re producing cloth masks, rather than having the single-use blue masks that people use once and then throw away.”

He continued: “Although there are more and more people wearing multiple-use masks, the majority of these are made from cotton, which is one of the dirtiest plants in the world.

“Hemp can grow using a fraction of the water, little or zero pesticides and it’s a massive carbon sequentor, absorbing 25 times more carbon than trees.

“It can be washed and used multiple times and when it is finished with you can actually compost these products, as they are plant-based and take a lot less time to biodegrade.”

The first samples are due to be making their way onto the US and UK market in a matter of weeks.

“We’re looking at getting them into the smaller, private clinics at the moment, dentist groups and veterinarians around the UK, before starting to push it into bigger networks such as the NHS,” said Sam.

“We’re still looking at the pricing thresholds but I can see the masks sitting under £20.

“When you think that you can buy 40 disposable masks for £20 – but you have the added peace of mind that you’re not putting 40 bits of plastic out into the world.”

And the long-term plan is to scale up production to bring the price down and reduce their carbon footprint even more.

“If you really want to lower your carbon footprint, everything should be produced in the country it is being marketed for,” he said.

“We want to replicate the setup we have got in America in other countries – we’re already making good headway here in the UK with Unyte Hemp.”

Last week Sam, along with the British Hemp Alliance and others, delivered the first UK Hemp Manifesto to Number 10 which calls on the Government to recognise the huge potential that hemp farming has to boost the economy, tackle climate change and create jobs.

He added: “We just don’t have the infrastructure here at the moment, which is the reason why we’re really trying to push this.

“The UK is lagging behind when we need to be world leaders in innovation.”