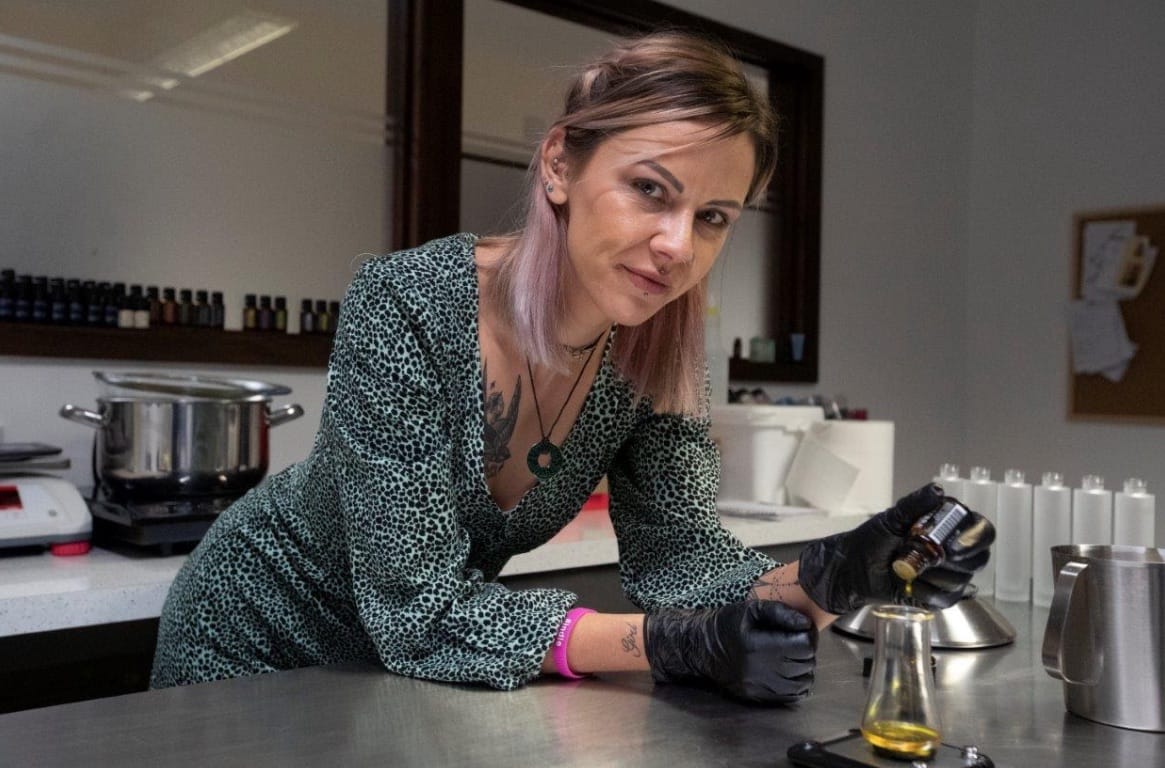 The mother of a severely epileptic child, whose life has been ‘saved’ by medical cannabis, has launched her own CBD brand to help families.

Since 2017 Tannine Montgomery, 31, has been fighting for fair access to medical cannabis treatment for her daughter, Indie-Rose, who lives with a severe form of epilepsy called Dravet syndrome.

Indie-Rose began having seizures at around four months old and doctors never managed to bring them under control.

After three years of weekly ambulance trips to hospital and eight different antiepileptic drugs – all which failed to be effective – Tannine was desperate to find another treatment to improve her daughter’s quality of life.

She set about learning everything there is to know about medical cannabis and CBD.

“I’d heard it could help but I wanted to make sure what I was giving her was safe, says Tannine.

“I was given some CBD oil to try but for three weeks it sat in the cupboard because I was too scared to use it.

“Then Indie had this awful episode, she’d been up all night having seizures and I saw the CBD in the cupboard and thought ‘right now I’ve got nothing to lose’.”

Although they didn’t notice much change in Indie at first, after 10 days of taking the oil her parents watched her run down the garden for the first time. 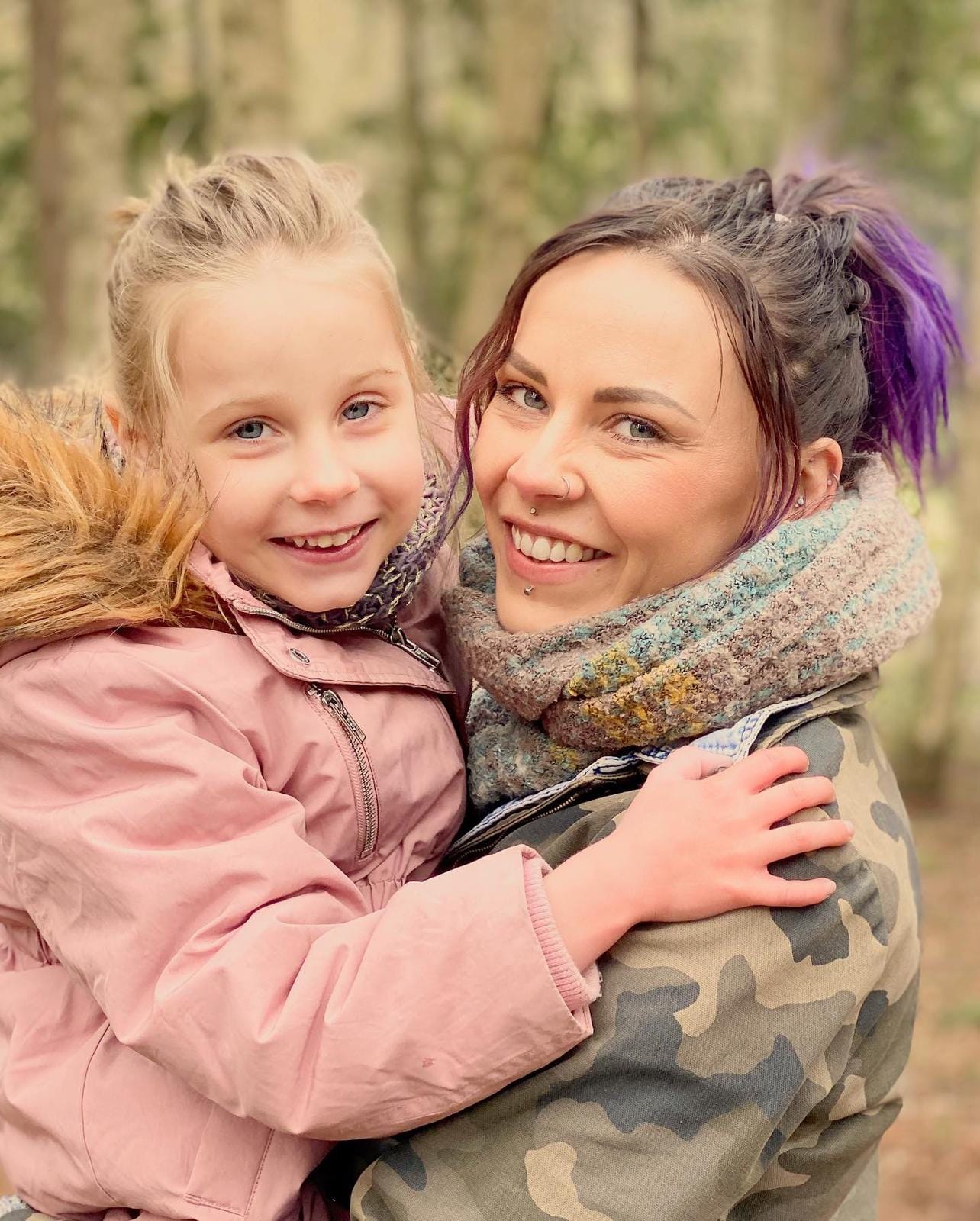 Tannine adds: “It was amazing, we just looked at each other and said – wow this stuff is actually helping her.”

After years of battling to get access to full extract cannabis oil – including a ‘traumatic’ three-month stay in Holland – after the law change, Indie-Rose eventually obtained a private prescription for Bedrolite.

Now six, she is still severely disabled but is able to attend school and hasn’t been hospitalised or had to receive rescue medication for three years.

But Tannine and her partner, Indie-Rose’s dad, Ant have to raise hundreds of pounds each month for her medicine, while they continue to campaign for access on the NHS.

Their struggle has inspired Tannine to step into the sector herself, with the launch of Sweet Pink CBD, a range of CBD products created in her home studio in Suffolk.

“We weren’t getting anywhere with the government and the fees just aren’t obtainable for anyone holding down a normal job, but I knew that what I had learned over the last few years was probably valuable,” she says.

She started working with Green Leaf Processing, a company producing hemp oil, similar to Bedrolite but with lower levels of THC, so it is legal in the UK – and more than half the price.

“Bedrolite is a prescription medicine but the bottles that I can sell for £60 rather than £160 still help,” she says.

“Through my learning I noticed that not all children respond to the same thing so it’s always worth trying something. Each person is so individual in what works for them when it comes to cannabis.”

After Indie-Rose responded well to the oil, Tannine realised she could help other families, who don’t have access to a private prescription.

“For me, starting the business was about helping people and also giving people the knowledge to help themselves so just talking to people and pointing them in the right direction of where they can find correct information about cannabis,” she continues.

“I hope people feel they can trust me because I was that one once that mum, who desperately needed something to help my child. I felt lost, and I just want to be that person that they can come to.”

After being approached by a friend with a bad back, Tannine saved up out of her benefits to make bath bombs which she distributed to people living with chronic pain and other ailments.

Sweet Pink evolved and now includes CBD oils, balms, massage oils and bath products, all of which are 100 percent vegan, organic and infused with active ingredients and essential oils, such as turmeric, eucalyptus, wild orange and bergamot, chamomile, lavender and pink pepper. She also offers one to one, confidential consultations to create bespoke products for her customer’s personal wellbeing needs.

The money from Sweet Pink will go towards helping fund Indie-Rose’s prescription, but Tannine  also hopes to help other families who are struggling to afford the fees.

“I don’t want to just help Indie – there are so many other children in the same situation – and I want people to have fair access, without having to worry about the money,” she adds.

“The plan is to set up a charity so 10 percent of the profits from the company will go to funding children’s medication. That will be accessible to everyone in the End Our Pain group, and all the families I already know, but also other families out there to hopefully help their children.”