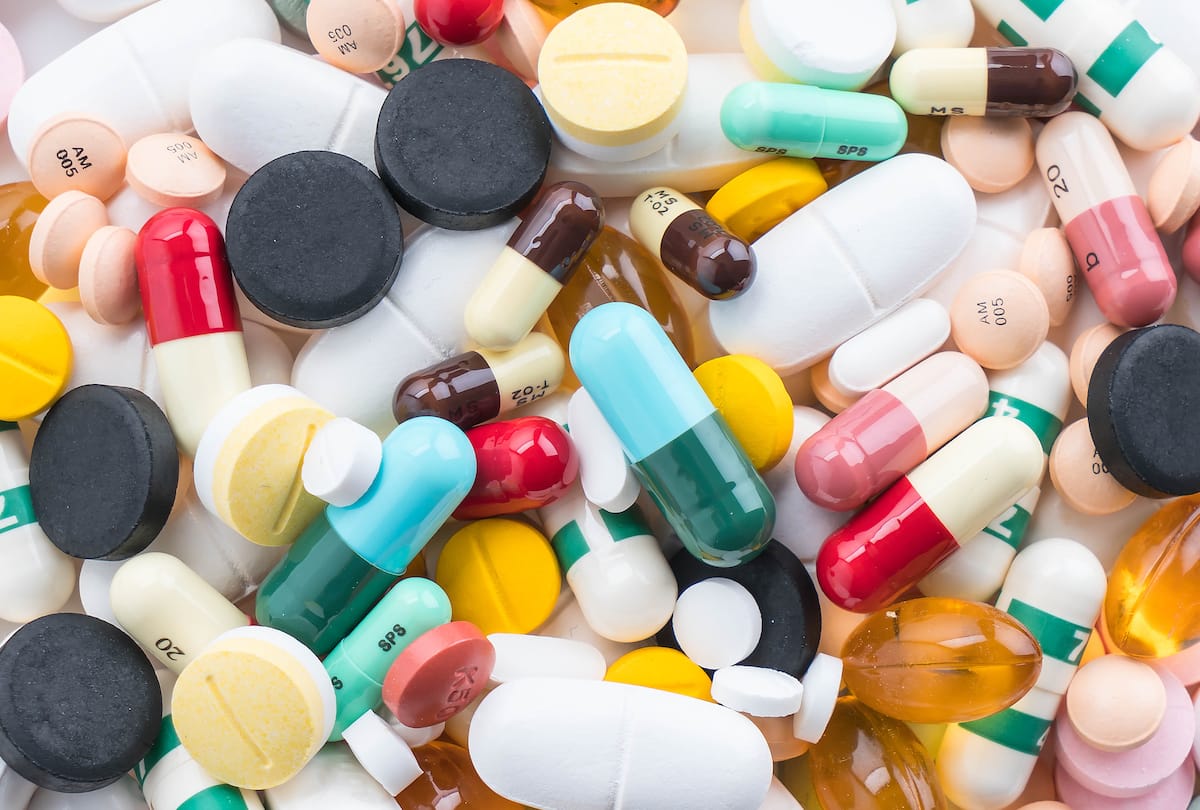 The UK is facing a growing issue of opioid dependency.

Increasing evidence is pointing towards the fact that access to medical cannabis is leading to a decline in opioid-use, Cannabis Health reports.

While the world battles the Covid-19 pandemic, the US and Canada are continuing to fight an epidemic of their own; the ‘Opioid Crisis’.

Declared a public health emergency in 2017 by the US Department of Health and Human Services, an estimated 10.3 million people misused prescription opioids in 2018.

The opioid crisis is thought to date back to the late 1990s when pharmaceutical companies claimed patients would not become addicted to opioid pain relief medications.

Prescription rates soared and, in turn, an increasing number of Americans became addicted to painkillers such as OxyContin. According to the U.S. National Centre for Health Statistics, the death rate from drug overdose more than tripled between 1999 and 2016.

The UK has shown signs of following North America’s footsteps as it faces a growing issue of opioid dependency.

The latest figures show that the number of people dying from opioid-related drug misuse has reached a record high in England and Wales, and last year, the UK government strengthened opioid addiction warnings.

With opioid deaths rising, medical cannabis has become a beacon of hope as a possible alternative for opioid-based drugs.

Recent research, for example, found that half of medical cannabis patients stop using opioids for pain management after just 12 months.

A team of Canadian researchers assessed self-reported opioid consumption patterns over time in a cohort of medical cannabis patients who suffered from pain-related issues.

Researchers reported that many subjects tapered their use of opioids following medical cannabis initiation.

“The proportion of individuals who reported using opioids decreased by half, over a period of twelve months,” they determined.

In addition, the participants’ “pain intensity and pain-related interference” scores were reduced and quality of life and general health improved.

The study came only weeks after a separate Canadian study reported that patients prescribed opioids were able to reduce their opioid dosage by a staggering 78 percent following the consumption of medical cannabis.

Published in the journal of the American Academy of Pain Medicine, the ‘Tilray Observational Patient Study’ analysed 1,145 medical cannabis patients over a six-month period. Patients were monitored from 21 medical clinics across Canada, which is second to America in its opioid consumption.

“Increasing numbers of people worldwide are experiencing the potential benefits of cannabis-based treatment as an opiate alternative that are evidenced so profoundly in this study.”

“As clinicians continue to demonstrate cannabis’ medicinal potential in empirical frameworks, the case for changing public policy to enable widespread medical access to it becomes overwhelming.”

The scientists behind the study say that the observed reductions in opioid use suggests that cannabis has the potential to play a “harm reduction role” in the opioid crisis.

The excessive prescribing of opioids for treating pain in the US has led to a staggering number of deaths linked to overdose. In just one year (June 2019 to June 2020), the US reported just over 48,000 deaths attributed to synthetic opioid overdose.

In parts of the US, this figure is falling and research suggests that this could be in part due to the opening of legal cannabis dispensaries across the country.

Some studies have suggested that increased access to cannabis stores, which are legally authorised to sell medical and recreational cannabis, may help to reduce opioid related deaths, however the evidence so far is mixed.

To explore this further, one group of researchers examined relationships between medical and recreational cannabis stores and opioid related deaths from 2014 to 2018.

Their findings were based on data for 812 counties within the 23 US states that allowed legal cannabis dispensaries to operate by the end of 2017.

After controlling for population characteristics and other potentially influential factors, the researchers found that counties with a higher number of active cannabis dispensaries were associated with reduced opioid related mortality rates.

According to this estimate, an increase from one to two dispensaries in a county was associated with an estimated 17 percent reduction in all opioid related mortality rates.

An increase from two to three dispensaries was associated with a further 8.5 percent reduction.

This study was the first to examine the association between active cannabis dispensary operations and opioid related mortality rates at the more fine grained county level.

However, the results are observational, meaning that they can’t establish the cause. The researchers stress that while cannabis is generally thought to be less addictive than opioids, it still carries potential harms and public safety risks should not be ignored.

They did, however, say their findings suggest “a potential association between increased prevalence of medical and recreational cannabis dispensaries and reduced opioid related mortality rates.”

In a linked editorial, researchers argued that cannabis liberalisation “cannot be regarded as a remedy to the opioid crisis until a robust evidence base is available.”

Although some may interpret these findings as evidence supporting cannabis liberalisation to address the opioid crisis, they point out that “such conclusions are currently premature without evidence of causality.”

Despite this growing body of research demonstrating the potential of cannabis-based medicine, there remains a lack of clinical data to prove its efficacy and provide clinicians with peace of mind when prescribing the drug.

In an effort to close the knowledge gap, one group of researchers published a paper in the international Journal of Clinical Practice offering clinician’s practical advice for prescribing cannabis for chronic pain.

Supported by one of the world’s leading cannabis companies, Canopy Growth Corporation, and its medical cannabis division, Spectrum Therapeutics, the consensus paper gathered recommendations from twenty-three clinicians from around the world who had experience using cannabis in their practice.

The paper sets out guidance based on these recommendations, explaining when and how to safely prescribe cannabinoids when opioids are a being used for chronic pain. The paper also includes suggestions on how to decrease patients’ dosage of opioids when on a course of cannabis-based medication.

“[The paper] was very much about distilling physicians’ clinical experience into a pragmatic consensus document that clinicians can have in their back pockets,” Dr Mark Ware, Chief Medical Officer at Canopy Growth, told Cannabis Health.

“If they choose to prescribe cannabis-based medicines, they will have some kind of recipe to follow.

“The general takeaway was that this is an approach to take for patients who are on opioids with chronic pain but aren’t getting the kinds of outcomes that you would want to see.

“The consensus was to start with low doses of CBD-predominant cannabinoid therapies to begin with, and then potentially introducing the THC-containing compounds.”

As a pain physician himself, Dr Ware said he would feel confident turning to the consensus if he chose to treat one of his patients with cannabis-based medical products.

Although clinical research remains incomplete, millions of people across the world are self-medicating with cannabis to ease their chronic pain.

“One thing we know is that these cannabinoid compounds, from a scientific background, are remarkable drugs in the way that they act in the human body,” Dr Ware said.

“We know that they can co-interact with opioids to improve pain control in animal models, and we know from large-scale follow up studies that people who use cannabis in their self-management of pain are able to reduce their use of opioids.

Despite demonstrating potential for lessening patients’ dependency on opioids, Dr. Ware stressed that cannabis alone will not solve the opioid crisis.

“Different ways of prescribing and approaching chronic pain have to come into play,” he said.

“Cannabis may be part of that toolbox of things that we can use to help shift the course of this very devastating trajectory. But it wouldn’t be right to say that this is the solve – it may just be one part of it.”

For decades, cannabis has been branded as a ‘gateway drug’; a drug that leads individuals, especially younger users, to harder substances like cocaine, heroin and methamphetamine.

However, some research is disputing this claim.

Since the introduction of laws in Colorado and Washington legalising the sale of adult-use cannabis, research has found that there has been no increase in the number of teens and young adults seeking treatment for substance abuse of either opioids, cocaine, or methamphetamine.

Researchers from Temple University in Philadelphia and the University of Tennessee in Knoxville compared pre- and post-legalisation trajectories of substance abuse treatment admissions rates in Colorado and Washington to a set of other US states that did not legalise recreational cannabis use.

Specifically, investigators assessed treatment admissions for opioids, cocaine, and methamphetamine among those between 12 and 24 years of age.

According to the data published in the Journal of Substance Abuse Treatment, authors did not identify any rise in drug treatment admissions in either state following legalisation.

Additionally, the treatment trajectories in those states did not significantly differ from comparable states that did not liberalise their cannabis laws.

Commenting on the study’s findings in a press release, Norml’s Deputy Director Paul Armentano said: “This data further undermines long standing claims that marijuana acts as any sort of a ‘gateway’ to the abuse of other controlled substances – an allegation that has, historically, largely guided prohibitionist-based marijuana policies in the United States despite a lack of hard evidence.”

Those with heart concerns warned over cannabis use