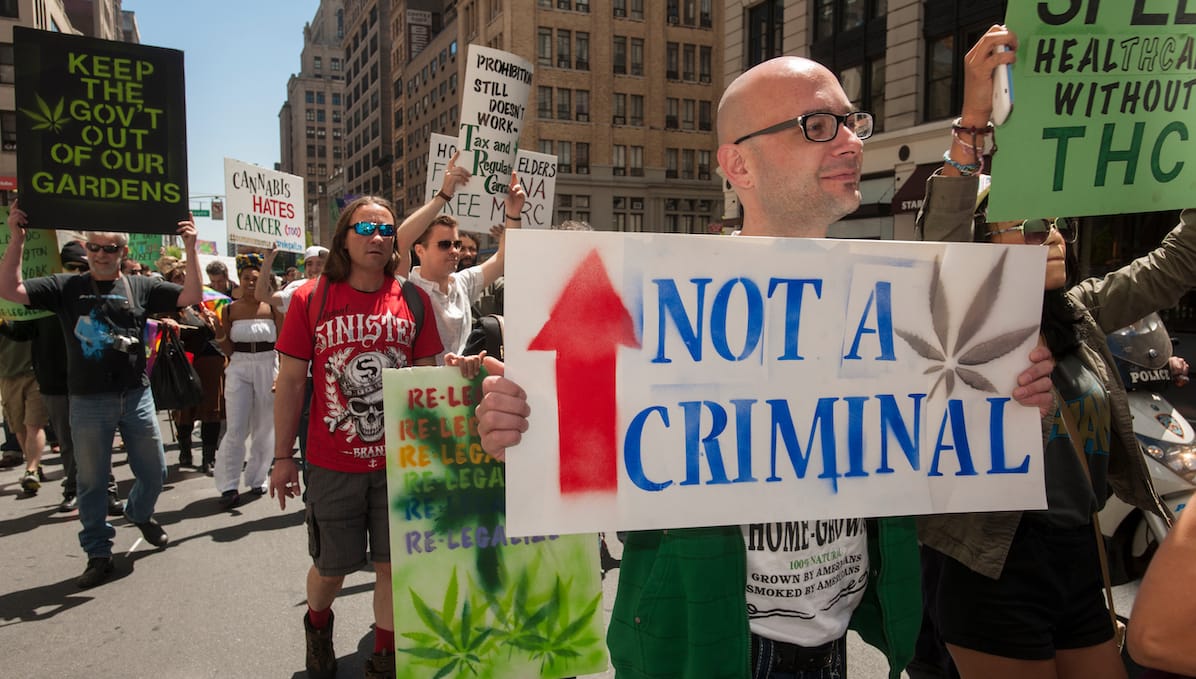 Irish advocates will take part in a demonstration starting at the Garden of Remembrance to highlight the flaws in the Irish Medical Cannabis Program.

The march will start at 2 pm on September 18 from the garden of remembrance on Parnell street and will walk toward Dáil Eireann. A rally will take place outside the Irish governmental building while consuming cannabis as an act of mass civil disobedience. 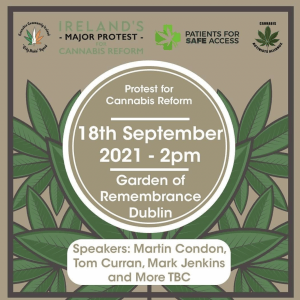 The march has been organised by The Major Group for Cannabis Reform with support and help from Patients for Safe Access. They aim to highlight the #BringAliciaHome campaign by demonstrating the flaws in MCAP in particular the lack of access for chronic pain patients.

It’s now been one year since we moved from Ireland to Spain to access #cannabis to treat my #ChronicPain. @DonnellyStephen, you have not acknowledged a single email from me, can you please sort out the Medical Cannabis Access Programme as I would like to be able to return home. https://t.co/iYygCF8CNH

The Bring Alicia Home campaign hopes to apply pressure on the Irish government and in particular, Minister for Health, Stephen Donnelly to change the law regarding chronic pain patients. Alicia Maher is currently living in Spain where she is treated for chronic pain. She has been living in Spain for over a year but hopes the law will change to allow her to return to Cork where she is from.

You can read more about Alicia’s story here

The group aims to demonstrate the need for safe access for all consumers across Ireland while reducing the harmful stigma associated with cannabis.

This is the latest in a series of events and protests organised by the group. Their annual ‘Smoke Up Protest’ took place in Phoenix Park in July.

The event included speeches from Kenny Tynan of the Patients For Safe Access (PFSA) and Pamela Barnes, who has to fund her son’s Bedrocan privately as a result of the flaws in the MCAP program. The first-ever Smoke Up took place amid tight COVID regulations drawing a crowd of 600 supporters.

Smaller, more location events have appeared across the country such as Dungarvan and Killarney.

Speaking with Cannabis Health News, organiser Charlene Flynn said: “Our last outing in July was a fantastic success, almost 1200 people attended on the day, which meant our numbers had doubled since the last protest for cannabis reform in 2020. Following the success of the Major Protest Smoke Up event, a number of smaller protests for cannabis reform took place across the country in Wicklow, Cork, Kerry and Waterford. Senator Pat Casey came out to support the protest in Arklow town when a number of patients planted a cannabis plant outside his office.”

She added that gardai were supportive of the protest: “The Gardai were extremely accomodating at the Major protest. They were on-site early and met with us upon arrival to discuss our preferred route for the march. They engaged with attendees and spent time chatting to some of the activists on-site such as Aimee Brown as well as Martin Condon and Kenny Tynan from Patients for Safe Access. The Sargent in attendance informed us that they would be there to safeguard the march and would then be heading back to the station. This meant we could enjoy the festivities of the Major Smoke Up event without any presence from the Gardai.”

The group are calling on people to join the protest this weekend.

Charlene outlined how people can get involved if they cannot make the protest on Saturday: “People can support the cause by sharing information about cannabis on their social media platforms or openly discussing their cannabis consumption with their peers and family. It’s time to come out of the cannabis closet and end the stigma attached to responsible adult consumption.”

Cannabis emigration and Ireland: I tried cannabis and noticed I was in a lot less pain – Read Joe’s emigration story here