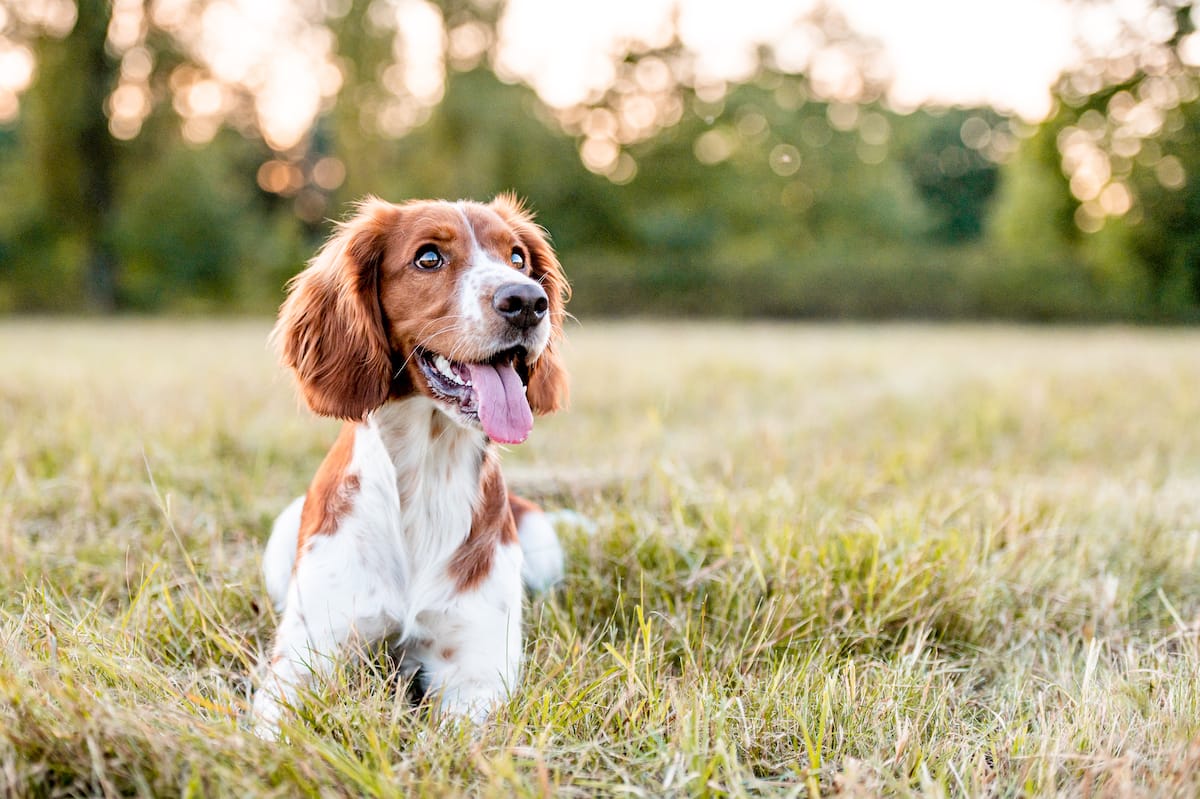 Australian medical cannabis company, AusCann has reported promising results in a pilot study of a cannabinoid-based veterinary medicine for pain and inflammation in dogs.

The study examined the potential of a cannabinoid-based veterinary medicine developed by CannPal Animal Therapeutics Ltd.

According to the firm, this was a world-first, randomised, double-blind, placebo-controlled clinical trial, in which client owned animals diagnosed with osteoarthritis were treated with CPAT-01 – a pharmaceutical product derived from THC and CBD – over an eight week period.

Findings showed positive indicators of the product improving pain, lameness and mood, based on clinical and biochemical results.

The veterinary pain and inflammation market is worth over US$1billion globally.

There is a need for viable treatment alternatives for dogs, particularly the elderly and compromised dogs, where current treatments for pain and inflammation may be undesirable.

The study protocol included several subjective pain, mobility and quality of life assessments, as well as objective measures of a range of biomarkers and clinical safety outcomes in 46 participating dogs.

A total reduction in veterinary lameness scoring was observed in all dogs treated with CPAT-01, compared with those given a placebo.

Placebo dogs had worse mobility after 56 days of treatment, whereas treated dogs had significantly improved, according to the study.

Owner’s observations were also documented to give a more comprehensive picture of the dog’s response, with more positive comments reflecting improvements in pain, mobility and mood when compared with placebo treated dogs.

AusCann said the positive clinical indicators give the company “confidence moving forward with the development programme of CPAT-01”.

READ MORE  How medical cannabis emerged as US election's real winner
Related Topics:dogsFeaturedMedical CannabisnewspainPets
Up Next

Dr Lyndsey Anderson said there is more to explore when it comes to creating more treatment options for Dravet syndrome. 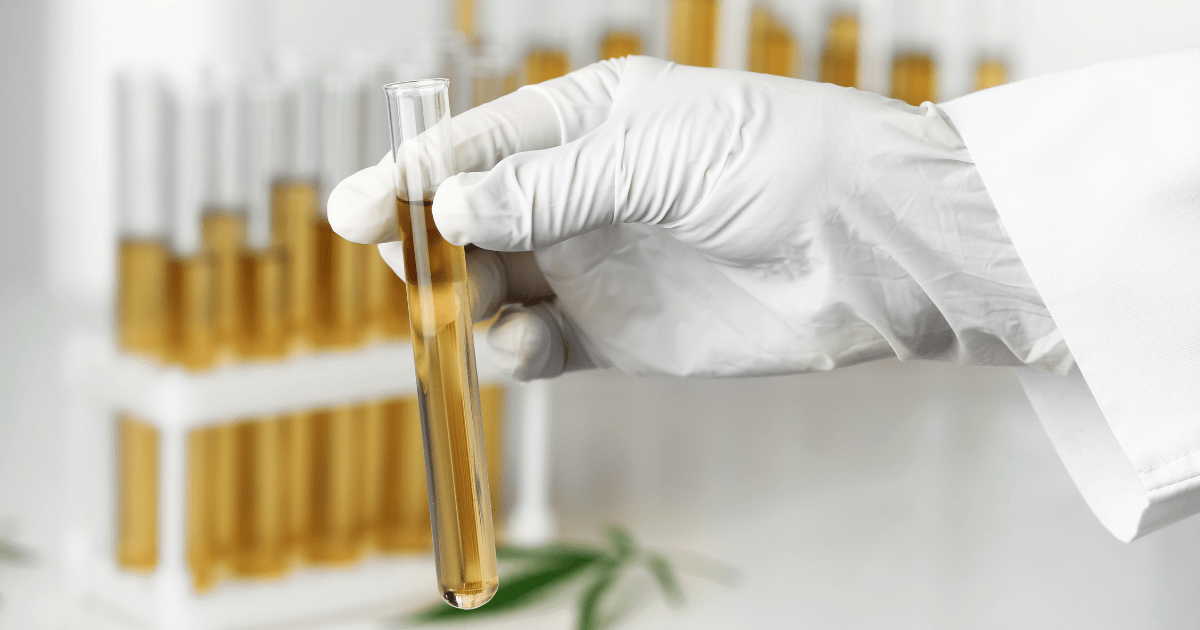 Scientists say they have found the ‘Mother of all cannabinoids’ which may help to reduce seizures in Dravet syndrome.

A new study on mice from the University of Sydney found that three acidic cannabinoids found in cannabis reduced seizures in Dravet syndrome, an intractable form of childhood epilepsy.

The three cannabinoids are cannabigerolic acid (CBGA), cannabidivarinic acid (CBDVA), cannabigerovarinic acid (CBGVA). All three but CBGA in particular “may contribute to the effects of cannabis-based products in childhood epilepsy” noted the researchers and were found to potentially have ‘anticonvulsant properties.”

The study marks the first time that three acidic cannabinoids were found to potentially help reduce seizures for Dravet syndrome.

Speaking with Cannabis Health News, the lead author of the study, Dr Lyndsey Anderson, said: “We found that CBGA exhibited both anticonvulsant and pro-convulsant effects. CBGA was more potent than CBD against febrile seizures in a mouse model of Dravet syndrome. We also found that a combination of CBGA and clobazam was more effective than either treatment alone. Additionally, we found that CBGA was anticonvulsant in the maximal electroshock acute seizure model, a model for generalized tonic-clonic seizures.”

She added: “CBGA did, however, present some proconvulsant effects. The frequency of spontaneous seizures in the mouse model of Dravet syndrome was increased with a high dose of CBGA. Also, CBGA was proconvulsant in the 6-Hz acute seizure model, a model of focal, psychomotor seizures.”

Although CBGA shows promise, Dr Anderson also stressed that it needs more research before it can replace CBD. She cautioned that Dravet syndrome patients may still need to proceed with caution.

“Artisanal cannabis-based products are believed to reduce seizures in Dravet syndrome patients,” she said. “As these oils contain rare cannabinoids like CBGA, it is possible CBGA then contributes to the anticonvulsant effects of these artisanal cannabis oils. However, there were proconvulsant effects observed with CBGA, suggesting that Dravet syndrome patients may need to proceed with caution. The proconvulsant liability of CBGA would need to be addressed before it replaced CBD as an anticonvulsant.”

Sometimes referred to as ‘the mother of all cannabinoids,’ CBGA is the precursor molecule to many different cannabinioids including CBD and THC. It is thought to help some diseases such as colon cancer, metabolic disease and cardiovascular disease. It is a non-intoxicating cannabinoid much like CBD.

Dr Anderson explains that more research is needed to explain how the three cannabinoids work together.

“We don’t know how they work together yet,” she said. “We found that CBGA, CBDVA and CBGVA were all individually anticonvulsant against thermally induced seizures in the mouse model of Dravet syndrome. We did not investigate whether a combination of these three cannabinoids would result in a greater anticonvulsant effect than either cannabinoid alone. Future work will definitely explore this possibility.”

This isn’t the end of the research into CBGA for Dravet Syndrome. Dr Anderson said there is more to explore when it comes to creating more treatment options for Dravet syndrome.

“We are now interested in investigating what happens when we combine these anticonvulsant properties. It remains an open possibility that greater anticonvulsant effects are achieved when the cannabinoids are administered in combination.”

The new regulations would allow medical cannabis patients and carers in the state a safe, cost-effective way to access their medication 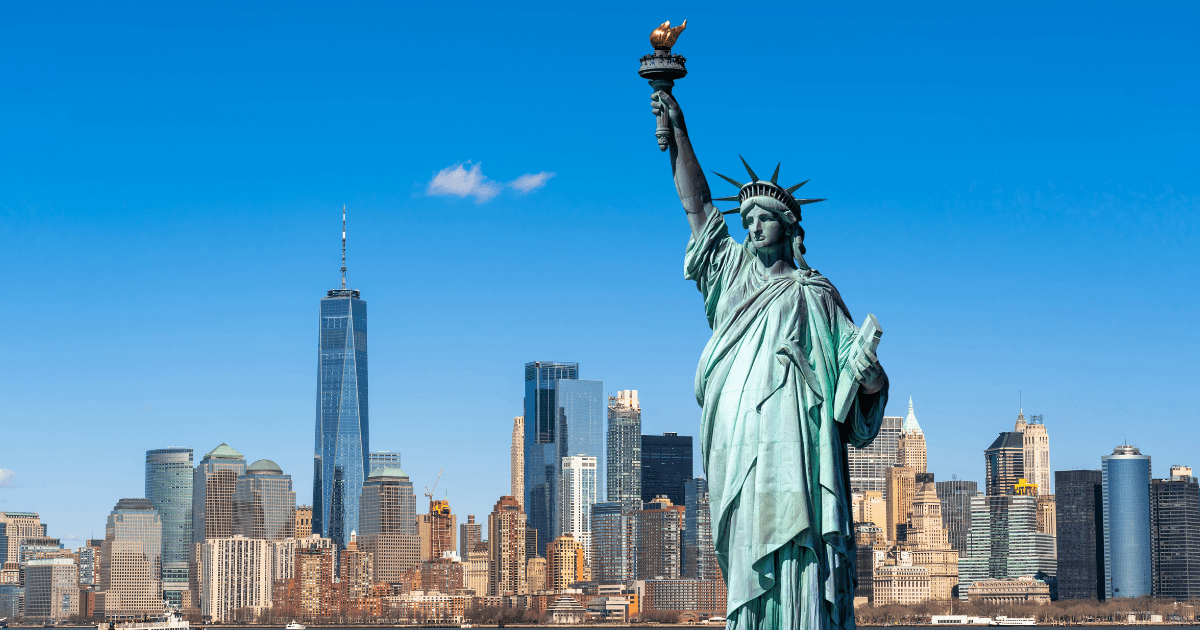 The proposed regulations would allow medical cannabis patients and carers in New York to grow up to six plants, indoors or outdoors, for therapeutic use.

New York cannabis regulators voted unanimously for the proposed regulations which would not only allow qualified patients to grow their own plants.

According to a slide from the Cannabis Control Board presentation, patients would be allowed six plants each but carers with more than one patient,  can “cultivate 1 additional cannabis plant for each subsequent patient.”

The new regulations would impose a duty on patients to ensure no one under the age of 21 can access the plants or any products cultivated from them.

Landlords would also have the option to prohibit their tenants from growing cannabis on their property if they chose. The products must not be processed using anything other than alcohol.

The regulations will now have a 60-day public commentary period before review.

Tremaine Wright, chair of the Cannabis Control Board (CCB) said: “We are proud to present those proposed regulations. The home cultivation of medical cannabis will provide certified patients with a cost-effective means of obtaining cannabis through personal cultivation while creating a set of standards governing the conduct and activities relating to the personal cultivation of cannabis.”

In a press release, the CCB also gave an update on the expungement of cannabis convictions. “Approximately 203,000 cannabis-related charges are presently being suppressed from criminal background searches and are in process of being expunged, adding to the approximately 198,000 records that were expunged as part of the first round of cannabis expungement following legislation enacted in 2019.”

Earlier this year, New York. It would become the 16th US state to legalise recreational cannabis creating thousands of jobs and tax revenue. The bill was signed into law by Governor Andrew Cuomo in March.

The law would allow for possession of up to three ounces of marijuana for personal use. It would allow licensed dispensaries to sell cannabis products to those over 21.

Neighbouring states who have already legalised marijuana, including New Jersey and Massachusetts, meant that New York citizens were leaving to access cannabis losing tax revenue in the process.

It is expected that home grow for recreational users will follow the proposed regulations for medical cannabis patients but only after the new market is established.

It aims to support and encourage UK pharmacists, physicians and nurses. 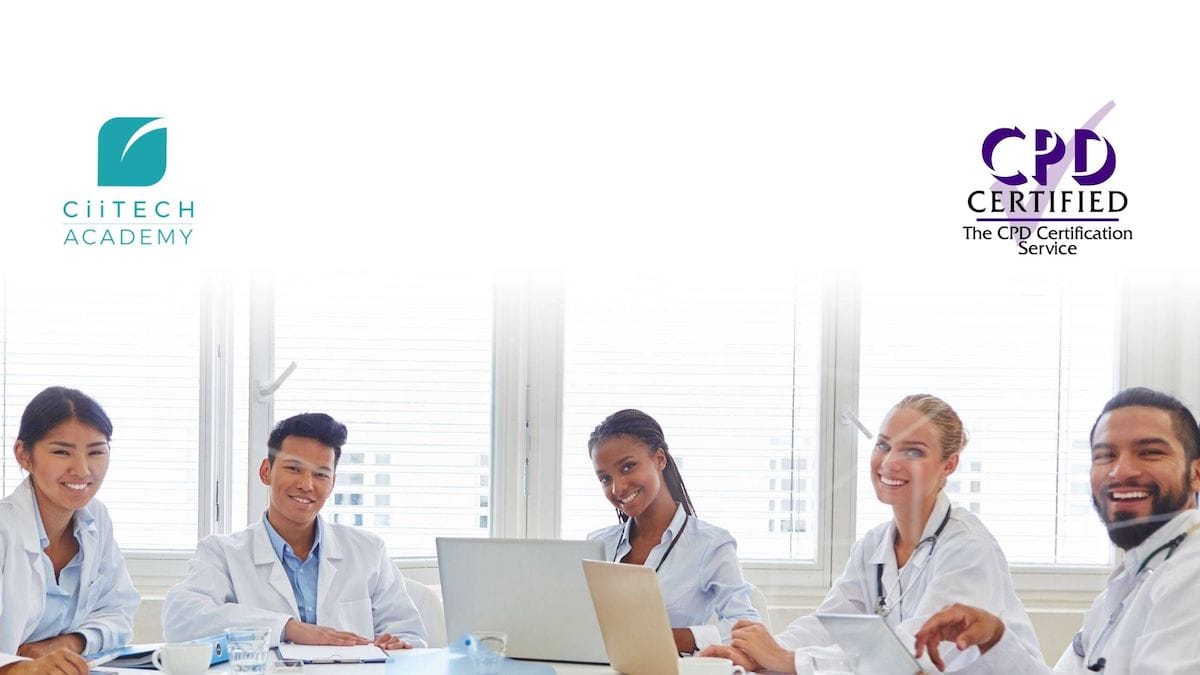 The course aims to support and encourage UK pharmacists, physicians and nurses.

Cannabis healthcare company CiiTECH has been awarded CPD accreditation for its academy course, which aims to support and encourage UK pharmacists, physicians and nurses.

CiiTECH’s Cannabis Science and Therapeutics course has had tremendous success after launching the course earlier this year.

The new and innovative course offers an interactive digital platform with a 12 chapter syllabus comprising of medical cannabis, CBD knowledge and information, specifically catered for healthcare professionals in the UK.

Industry experts in the UK could potentially face serious challenges if the trainers in question who are both recommending, and dispensing information are not up to the required standards in the field.

People currently working in the industry, such as pharmacy professionals will feel more secure and confident after taking the course. With such an array of knowledge from the experts, they are better able to recommend, treat and understand benefits and causes of their patients.

Besides all the learning and comprehensive information, simple FAQ questions by patients can be simply downloaded to have at hand as an ongoing reference.

The CBD industry is an extremely fast growing market, people are becoming more and more aware of benefits and common usage. It’s said that by 2025 the market in the UK only will be worth over £3 billion.

This means that clinics and pharmacies must be sourcing trustworthy information to their customers.

This course is aimed at filling an education gap in the market, by covering several points in intricate detail, from plant history to dosing, and patient care. A lot of occupations in the UK require an on going learning process each year, with positive results overtime, leading to a greater service in the industry.

“Through years of experience serving UK customers with our portfolio of CBD brands it was abundantly clear that the level of misinformation was enormous and confusing for everyone involved,” says Clifton Flack, CEO and founder of CiiTECH.

“Formal education is always important but with little to no existence in the UK we could not see a better way to help lead the industry than to establish our own online academy and give healthcare professionals the opportunity to not only learn about cannabis therapeutics but to earn further education points at the same time.”

Flack adds: “With the rise in UK cannabis prescriptions and CiiTECH’s long awaited move into the THC medical cannabis arena, now is the time to increase professional education and it is exactly why we have embarked on this education journey. CiiTECH is fast becoming the UK’s one stop shop for all your cannabis needs; research, education, consumer brands.”

CiiTECH collaborated with Medical Cannabis Mentor to produce the course and prepare it for CPD certification.

The course can be found on https://cpduk.co.uk/ or for pricing and registration visit:  https://ciitech.academy 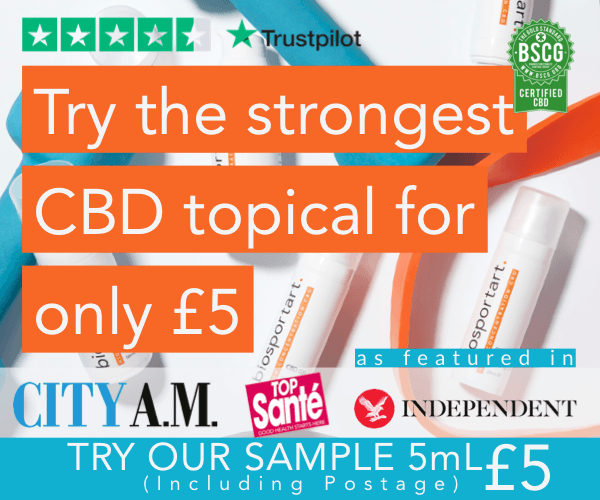 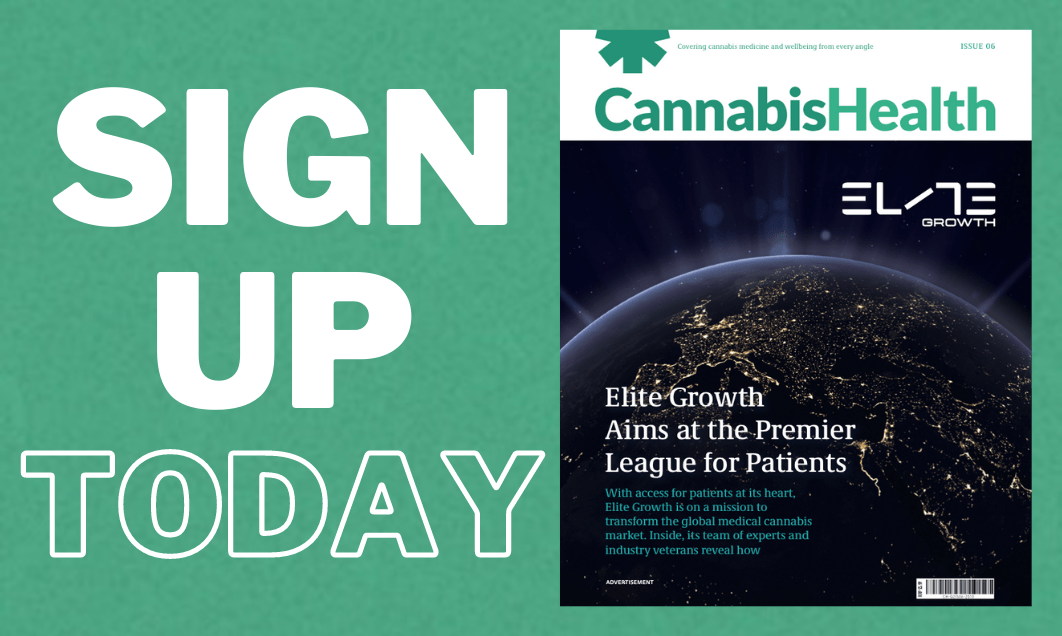