Members of campaign group End Our Pain outside parliament

The families of children using medical cannabis to prevent seizures are asking MPs to make it accessible on the NHS ahead of a parliamentary debate led by Christine Jardine.

The End Our Pain campaign have urged the public to write to their local MP to encourage them to attend the adjournment. A petition in support of this campaign has reached over 650,000 signatures.

Liberal Democrat, MP Christine Jardine will call on Health Secretary Sajid Javid to ‘fulfil the promise’ he made in 2018. Despite medical cannabis being legalised in the UK in November 2019, there are only a handful of prescriptions on the NHS. Parents have been left paying up to £2000 for private prescriptions.

This evening, I will urge the Government to take the necessary steps to ensure medical cannabis can be prescribed on the NHS and ease the burden on so many families throughout the UK.https://t.co/YVJtpiKh5E 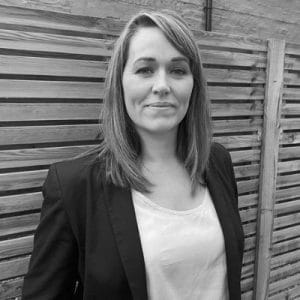 “End Our Pain as a campaign is enormously grateful to Christine Jardine MP and all the other MPs taking part in the parliamentary debate this evening. We had a law change on the first of November 2018 and it’s heartbreaking to know that since that change, which was inspired by the campaigning efforts of families with children affected by severe epilepsy, there are still only three NHS prescriptions for that life-transforming medicine.”

“Two of those have gone to children that are at the centre of the campaign so the bottom line is that we’ve got through a lot to legalise it but we’ve got practically no access. Even private access has now been severely restricted because there are only a handful of paediatric neurologists subscribing it. I think it’s a total failure of government policy and it needs to be called out.”

“There is no better place to do that than in the Houses of Parliament. We hope it’s another reminder to ministers and to number 10 that this issue won’t go away. You’ve got desperate families having to raise thousands of pounds during a pandemic to keep their children safe. It’s unforgivable it’s been allowed to go on for so long.”

Campaigner and parent of Alfie Dingley, Hannah Deacon is happy an MP is raising the issue but highlighted that there is more to be done. Speaking to Cannabis Health News, Hannah said: ‘The law changed on 1st November 2018 which meant medical cannabis products could be prescribed on the NHS, sadly this policy change has completely failed and parents, patients and families have been thoroughly let down.”

“The Government seem to have washed its hands of all the issues and we are very pleased that MP’s will again raise this issue in parliament. The reality of people having to raise money to pay for this legal medicine is totally unacceptable and we urge the Government to find a way out of this mess urgently.”

Campaigner and mum to Murray Gray, Karen Gray is hoping Sajid Javid will do the right thing and implement change. Speaking with Cannabis Health News, she said: “Christine Jardine, our MP, will be explaining to Sajid Javid why it’s important that he listens and implements a change, which will be a solution for all of us asking for our children’s cannabis oil medication to be prescribed through the NHS. It’s critical that the Health Minister listens and acts on the request. Our children’s lives are in his hands to do the right thing.”

A number of celebrities and politicians have also supported the campaign including Alastair Campbell, Sir Patrick Stewart, Joanna Lumley and Russell Brand. The former leader of the Green party, Caroline Lucas and leader of the Liberal Democrats, Ed Davey along with 70 other MPs have also voiced support.

Please write to your MP using the link below to ask them to attend an important debate in Parliament on Monday evening. Medical cannabis access on the NHS is still not available to all who need it. We still have a lot of work to do! Help us. @End_Our_Pain https://t.co/EjZ2Kz9pMf pic.twitter.com/r19NF0HNXm

The End Our Pain website allows users to search for their MP using their postcode. It before presents a template that can be sent to MPs asking for their attendance at the parliamentary debate

“It has been almost three years since the landmark decision on 1st November 2018 to allow cannabis-based medicines to be prescribed in the UK. However, nearly three years later, there still remains an almost total block on NHS prescriptions. Despite the high profile campaigns of families including that of the then 6-year-old Alfie Dingley which ensured the law was changed, only two other children have access to NHS prescriptions in addition to Alfie.

Instead, dozens of other families are forced to pay up to £2,000 a month for a private prescription for medical cannabis. Many of these families campaign under the End Our Pain banner and have seen a sustained reduction in the number of seizures and significant improvements in quality of life since their children started taking this medicine.

The prohibitively high cost of these private prescriptions has left many families reliant on fundraising to meet the monthly fees. The ongoing COVID-19 pandemic has rendered fundraising almost impossible and for many, the funds are running out. These families are now at emotional and financial breaking point.

In addition, the situation is now so dire that in a matter of weeks there will only be one UK paediatric neurologist prescribing privately for children suffering from severe epilepsy in the whole of the UK.

I’m asking you to support the End our Pain families and attend this debate to ensure these children are able to access this life-transforming medicine on the NHS. Having waited for so long already, time is running out for many of these families. Your support is essential to ensuring the Government establish an urgent solution to this crisis.”