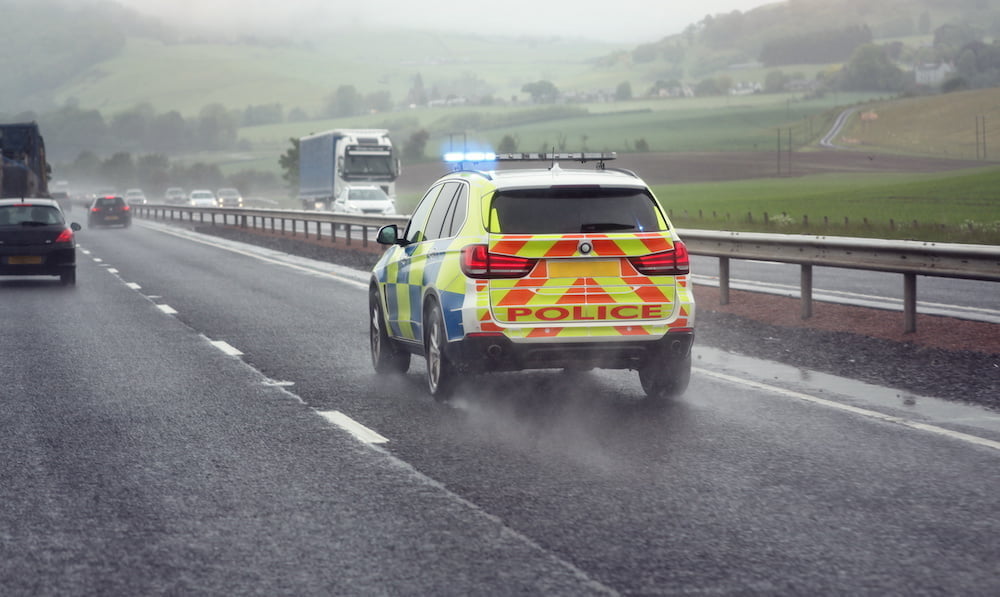 Current roadside testing systems, used by police forces across the UK, can detect cannabis for up to 30 hours after use.

Calls from prominent advocates, scientists and campaigners, for reform to UK drug testing come following a new study which “raises questions about the validity” of these laws.

The two-year randomised trial, conducted at the Center for Medicinal Cannabis Research (CMCR) at University of California San Diego School of Medicine, found that cannabis significantly impairs driving safety 30 minutes after use, with the effects wearing off after around four hours 30 minutes.

Current roadside testing systems, used by police forces across the UK, can detect cannabis for up to 30 hours after use. Any driver who is stopped by the police can expect to be swabbed and if THC is identified, a blood test is enough to secure a conviction.

However, the researchers found no relationship between blood THC concentrations and driving performance, concluding that there was an ‘individual variability seen with the impairing effects of cannabis’.

Campaigners are raising concerns with policymakers as the UK medical cannabis market continues to expand.

Around 10,000 patients are legally prescribed cannabis now in the UK, but analysis from the Centre for Medicinal Cannabis in 2019, suggests that as many as 1.4 million Britons are self-medicating with cannabis to treat chronic health conditions.

Many patients are prescribed cannabis to help them sleep, which with the police’s current 30 hours detection window, has the potential to result in needless and unjust criminalisation.

Paul North, director of Volteface, an independent research and advocacy organisation, said: “This study shows that up and down the country medical cannabis patients who are perfectly able to drive are unnecessarily criminalised by the police due to inaccurate roadside testing. Now is the time for policy makers to update our policies, invest in new technology and protect the estimated 1.4 million medical cannabis patients in the UK.”

Campaign group Seed Our Future recently published a report calling for the removal of THC from Section 5 and reverted to Section 4 of the Road Traffic Act 1988 (RTA), where evidence of impairment would be required to convict. The report also concluded that the effects of inhaled THC have generally worn off after two to four hours.

In 2021 the group supported four people with legal cases in relation to cannabis driving offences. All four suffer from long-term conditions and fit the criteria for obtaining medical cannabis prescriptions, with one holding a legal prescription at the time and two accessing one shortly after arrest.

In all cases, the subjects had taken cannabis several hours before driving and there was no evidence of any sign of driving impairment.

According to the report, in 75 per cent of the cases, the police had “no idea” that the law had changed regarding medical cannabis in 2018.

Lyphe Group, the firm behind the UK’s largest medical cannabis clinic, is also joining calls for a fairer system.

CEO, Jonathan Nadler, said: “This latest data reinforces our long held belief that there needs to be a major change in the way we view and treat medicinal cannabis patients. They come to us suffering from painful and often debilitating conditions. The last thing they need is to fear being stopped at the roadside and arrested for accessing their medicine, which has now been legal in the UK for over three years. I hope this study helps lead to changes in our outdated system.”

Could new technologies offer a solution?

Meanwhile others are working on developing new technologies which could replace the current system.

Researchers at Massachusetts General Hospital (MGH) have found a non-invasive brain imaging procedure to be a reliable way of determining whether someone is impaired as a result of THC consumption.

Biotechnology company Bloonics, a firm based in the Netherlands, is also developing revolutionary testing technology that aims to more accurately measure the levels of THC in a person’s system.

Lex Beresnev, Bloonics co-founder, commented: “This latest clinical trial only reinforces the desperate need for new, fairer roadside testing. Our innovative LuciX Technology will more accurately detect levels of THC (and associated cannabinoids) as well as active impairment. Easily usable outside of a laboratory environment, police forces and workplaces will be able to fairly screen for impairment. We truly believe we have the answer to ending the unfair criminalisation of cannabis patients world wide.

“We cannot, in good conscience as a society, allow outdated cannabis testing to impose such dangerous and unfair consequences onto medical patients.”