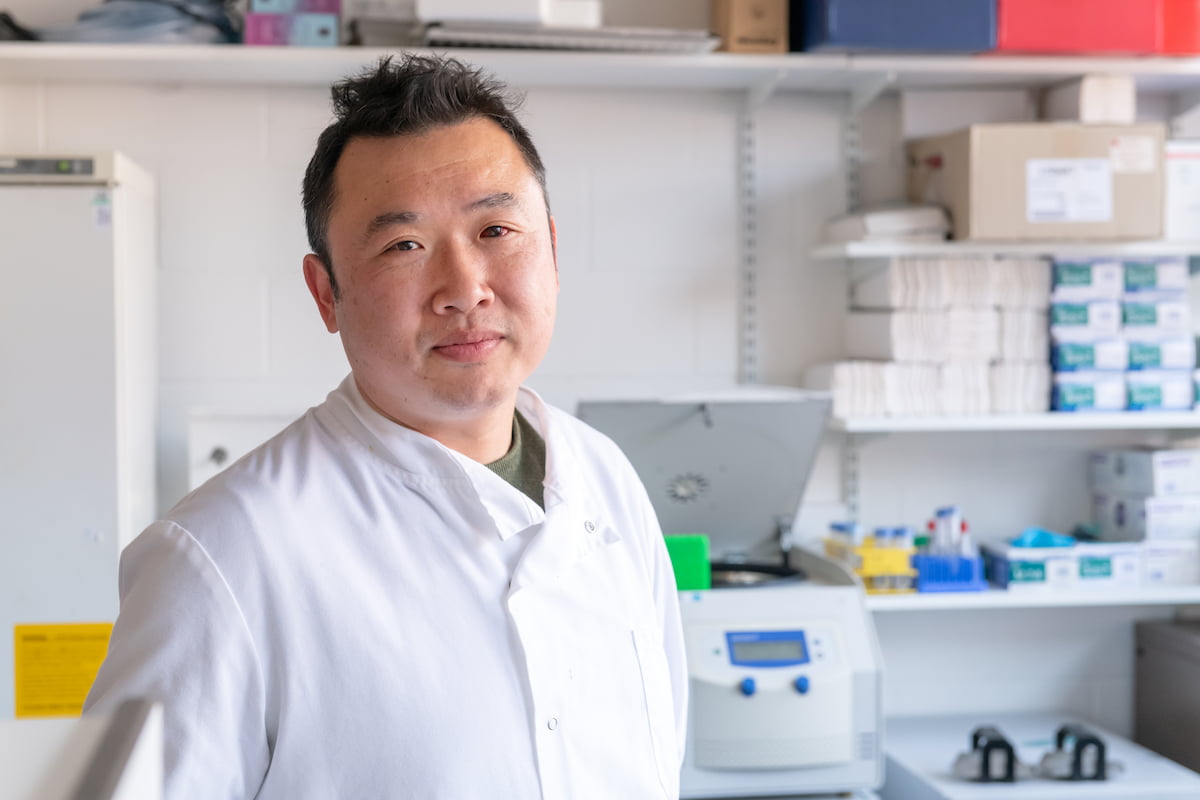 Dr Wai Liu, a senior research fellow at St George’s, University of London has dedicated much of his career to the study of cannabinoids and their potential use in treating cancer. He spoke to Cannabis Health about his research.

Dr Wai Liu first encountered cannabis in his medical profession over 20 years ago. After completing his PhD at St Bartholomew’s Hospital, he was approached by a consultant who told the young researcher that his patients who smoked cannabis were somehow more receptive to chemotherapy.

Dr Liu was shocked. At the time, cannabis remained for most people a recreational drug, while the concept of cannabis as a medicine was still very much in its infancy. From then on, cannabinoids have been a major area of Dr Liu’s research.

“All these drug companies are designing medicines that target cancer,” he told Cannabis Health.

“They design drugs because they target certain proteins that are not working in cancer cells. This takes 10 to 20 years while cannabinoids already have properties that drug companies are trying to design themselves.

“Why not take these drugs that are already active and we know are relatively safe and use them in a way that can help treat cancer?”

As a senior research fellow at St George’s, University of London, Dr Liu focuses on lab work and animal models to understand how different parts of the cannabis plant, including CBD, THC and CBG, can influence cancer growth. He is specifically interested in brain tumours and breast cancer, for which cannabis-derived compounds have shown their greatest potential.

“As chemicals, THC and CBD are fantastic,” Dr Liu said. “They have so many properties and depending on what dosage you use, you can actually have different effects.

“That’s what I find fascinating about CBD and THC and that’s why I’ve been working on it on and off for the past 20-odd years. I wanted to make my mark on science and cannabis and how it affects patients.”

CBD and THC are not scientifically proven anti-cancer drugs, but Dr Liu says the compounds “definitely have anti-cancer properties”.

For example, cancer cells appear to not undergo the process of apoptosis – a mode of ‘programmed’ cell death – which allows for the cells to survive for longer and mutate. The reason this occurs is because a certain protein, which Dr Liu referred to simply as ‘protein X’, is kept regulated.

This is where cannabinoids come in. CBD has been found to ‘trick’ cancer cells into producing more ‘protein X’ which can help a patient regain sensitivity to other treatments.

“If you look at proteins that are malfunctioning in cancer, they are working again after treatment with cannabinoids,” Dr Liu explained.

“When you pre-treat a patient with CBD, ‘protein X’ starts to go up, then you come along with chemotherapy which will now hopefully work a bit better. I think there is potential in this but it is difficult to get into clinical trials.”

Similarly, Dr Liu and his team carried out research several years ago which found that CBD and THC could increase sensitivity to radiotherapy treatments in mice with brain tumours.

When given CBD and THC with just minor radiotherapy, the tumours remained unchanged and ceased to grow. When the two therapies were combined, the tumours virtually disappeared.

This is where cannabinoids have their greatest potential according to Dr Liu. Although he is of the “firm belief” that no government or state will allow CBD or CBG as an isolated treatment, he said cannabis and its array of different compounds could enhance the therapeutic effects of traditional cancer treatments.

While Dr Liu is confident in the potential of CBD and other cannabinoids in the treatment of cancer, his objective is not to prove that cannabinoids can treat cancer but to uncover the science behind the compounds, so that patients can be given the medical advice that will best help them.

“My goal isn’t to prove that [cannabis] definitely works. Of course, I would like it to, but I don’t want patients to continue taking CBD and THC just because they think it’s going to work,” he explained.

“If a clinical trial shows [CBD] not to be effective then let’s put it to bed.

“People have their own narrative. Some people want cannabis to work and I totally understand that however at the end of the day if it doesn’t work I have to shout this just as loudly.”

That said, Dr Liu has heard first hand from enough patients to be sure there’s something worth exploring.

“I’ve had potentially hundreds of testimonies, from patients who self-prescribe CBD, particularly during the gap between seeing a doctor and starting treatment, as they feel like they want to do something,” he said.

“It seems to have a fantastic effect, to the extent that some of the surgeons will be contacting me and saying they can’t locate where the initial masses were.”

He added: Something is definitely happening and we have lots of data on what is happening to the cancer cells…the next stage is to get this into clinical trials.”

Home » Science » Cannabis and cancer – a quest for the truth
Related Topics:Cancercannabis researchFeaturedMedical Cannabis
Up Next

Could consuming cannabis make you a better person?