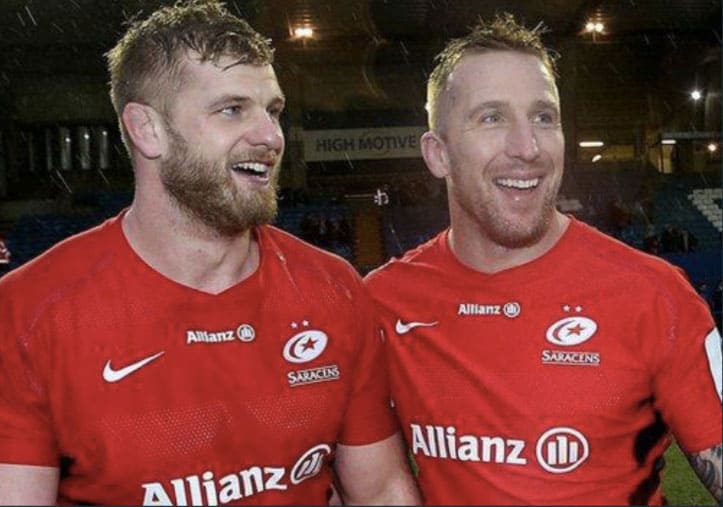 Two Six Nations rugby internationals have launched their own CBD range after discovering how the cannabinoid boosted their recovery from injury.

“I was doing the normal icing and stretching, and then one day I came across CBD online and everyone was talking about the benefits. The first thing I noticed was my sleep was amazing. The inflammation in my knee also went down and it relieved the pain. I was sold from then on.

“Initially I tried vaping but that wasn’t really what I wanted to do, so I switched to the oils.Even my physio noticed the difference and he didn’t know I was taking it at the time.”

And it was a similar story for Kruis. The 28-year-old required ankle surgery and also began using cannabis oil after speaking to his team-mate.

He said: “Sleep was definitely one of the things it helped with for me. But I also have low-level chronic pain and I was able to reduce the amount of painkillers I was taking. Day added:

“CBD has helped us get off prescription drugs which we’ve been on for most of our careers, anti-inflammatories and painkillers.

“When you’re in the thick of it, you don’t think about what this stuff is doing to your body because you just want to get out there and play but, now that we look at it, we’re using something that’s natural and is only helping us in positive ways.”

The pair decided to take their CBD advocacy a step further and set about starting their own business with the blessing of Saracens, which actively encourages its players to have pursuits outside of rugby. The company is so far entirely funded by George and Dom, and they have declined interest from possible outside investors for now, happy with their progress.

Kruis continued: “Our focus is firmly on health-conscious active people, as this is who we know best. These are people who may do a daily run or spin class, through to ‘weekend warriors’, all the way up to our fellow sports professionals. This group takes their wellbeing seriously and, when injured, undertake a proactive rehab process. We believe that our products can supplement this, and help them get back out, doing their chosen activity, as quickly as possible.”

The company’s initial range contained a minimal trace of THC and it has also launched a pure CBD range with the encouragement of the Rugby Football Union (RFU) and Welsh Rugby Union (WRU) for use by fellow professionals.

“We want to have a great range for professional athletes to give them confidence to use this product as well, but our main market will come from someone who might have mild arthritis and pain but wants to get back to running and walking.

“We want to be the active range in pharmacies, chemists and gyms around the country. It’s being legalised everywhere, and it keeps moving forward. We want to be at the front of the movement,” Kruis added.

UN set to overturn 60-year ruling that cannabis is dangerous

No access to NHS cannabis? – then ‘grow your own’