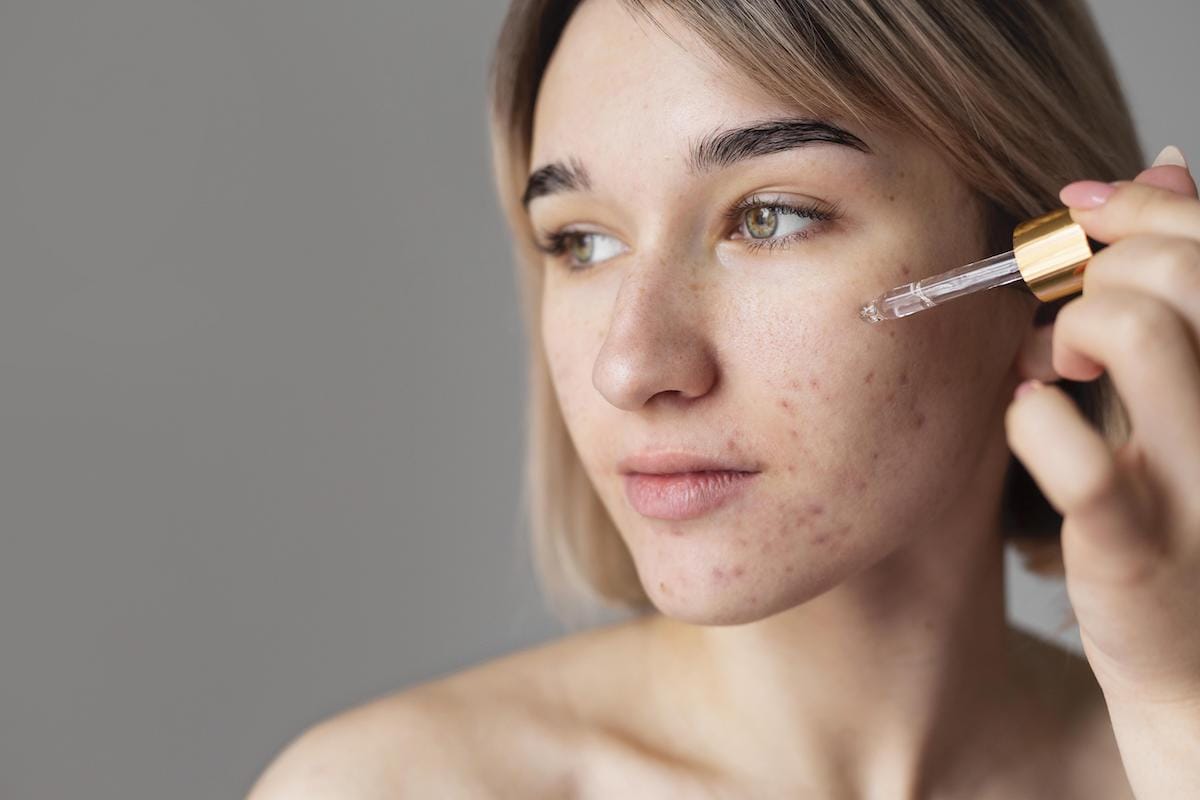 Suzanne has suffered from acne since she was a teenager.

Mum-of-three, Suzanne, has struggled with acne for over a decade. She reveals how CBD has helped clear up her skin after years of searching for a product that works.

Suzanne, 31, has suffered from acne since she was a teenager.

The common skin condition affects most people at some point in their life. Many will remember living with the condition during their teenage years, but for some, it can continue into adulthood. It causes spots, oily skin and skin that can feel hot or painful to touch.

For Suzanne, a preschool teacher and mum-of-three, it has had a significant impact on her life.

“It’s one of those things where you just feel really rubbish,” Suzanne says.

“I’m not a shallow person but it does get to you after a while.

“It’s painful and it just really puts you down. I used to just go around thinking that people were looking at how bad my skin was.”

Although Suzanne’s skin did clear up for a period of time in her early 20s, the condition worsened as she approached the end of the decade.

“I used to suffer really badly as a teenager with horrible deep spots; the painful ones,” Suzanne says.

Suzanne thinks she must have used almost every brand on the high street to help manage her acne, but none provided satisfying results. She has also have prescription medication from her doctor a go, but found that the product was too aggressive for her skin.

“It’s quite acidic and it takes a layer off your skin, so you can only use it for a certain amount of time,” she explains.

“When I stopped using it, my skin would flare up again and it wasn’t even completely getting rid of the acne anyway. I wanted something that was kinder to my skin.”

Last year, Suzanne’s sister suggested that she try CBD, but like many people, she was sceptical about the supplement due to its association with cannabis.

“She told me it might not only make my skin better but also chill me out to me out a little bit and help me sleep,” Suzanne recalls.

“I didn’t know anything about it, but I’ve had bad skin pretty much forever, so I thought it was worth a shot.”

After the first national lockdown in March last year, Suzanne noticed her skin was starting to flare up, so she decided to take her sister’s advice. She now uses a raw, unrefined oil and a CBD moisturiser daily to keep on top of her skin.

She found that the moisturiser worked a lot better than other products she had tried, which felt “heavy” and left her skin feeling greasy.

Suzanne didn’t see the benefits instantly, but after a few weeks, she noticed that her spots were less sore.

“I had to use it for a little while to see a big difference, but even if I was getting spots, they weren’t as painful,” she says.

“That in itself was better because I didn’t feel like my face was on fire.

“It does take a little while, it’s not an overnight solution. But if you keep going, it gets a lot better.”

After the pain subsided, her skin started to clear up and, in turn, Suzanne experienced a boost in her confidence as well.

“It sounds like a really silly thing to think, but I always felt like people were looking at my face,” Suzanne says.

“I don’t feel like that anymore. I went out on Friday, and wore makeup. A lot of people wear makeup to cover up their spots, but I [rarely] did because I didn’t want to make my skin worse.

“I can be a bit more girly now and know it’s not going to completely mess my skin up.”

Suzanne has also experienced improvements to her sleep.

Dealing with the pandemic along with stresses in her personal life, her sleeping pattern had taken a hit. Before taking CBD, she used to wake up at least every hour but now she finds she can sleep through a whole night.

Although Suzanne intends to continue using CBD, as a single mum of three kids, she says it can be hard to justify the cost of regularly using the supplement. A 500g tub of moisturiser, priced at £17.99, lasts a long time, she says, but CBD oil sets her back almost £40 every fortnight.

“I’m the kind of person that would give to others before thinking of myself so even spending this money on moisturiser seems selfish to me,” Suzanne adds.

“I feel guilty spending that on myself, but I have to weigh it up against how bad I was feeling.”

Suzanne has since gotten her friends and colleagues using the supplement too. Her boss, who suffers from similar issues with her skin has also noticed big improvements.

“I’d tell people who are unsure to definitely try it,” she adds.

“I think it’s important for people to be open to it.

“I still get a little flare like everyone does, it’s just one of those things. I don’t think I’ll ever not have some kind of skin issues, but it’s nowhere near as bad anymore.”

A lady in the bedroom? Alexandra Dunhill on CBD and intimacy

Why more people turned to cannabis during the pandemic