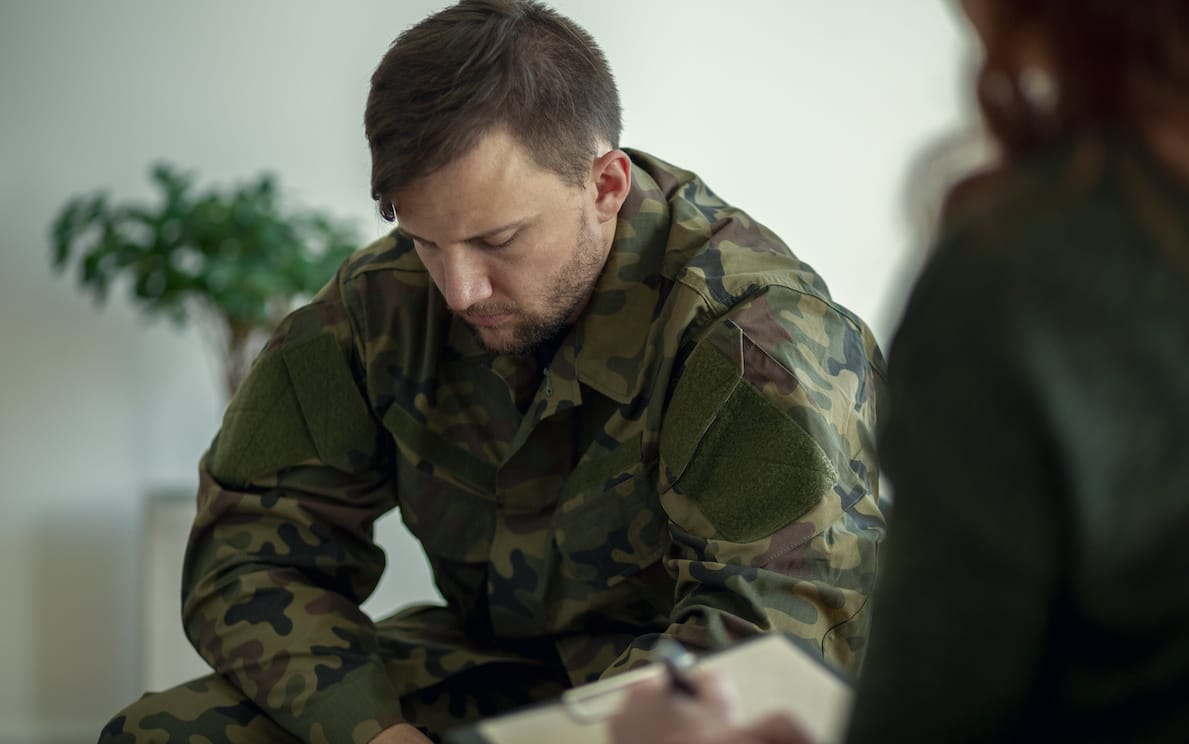 Veterans may experience mental and physical health issues as a result of their time in combat.

The Medical Cannabis Clinics (TMCC) treats veterans living with pain or psychiatric disorders such as PTSD, to help them where traditional treatments have failed. Here two patients share how medical cannabis changed their lives for the better.

There are an estimated five million veterans in the UK, with around 20,000 personnel leaving the forces each year. But the transition into civilian life can be difficult and loneliness and social isolation are prevalent.

On top of this, veterans may experience mental and physical health issues as a result of their time in combat. A complex mix of symptoms can make it difficult to identify the causes of conditions impacting veterans, which can lead to their needs being ignored or unmet by traditional medicine.

Paul* served with the British Infantry for around eight years as a Patrol Medic, completing tours in Iraq, Afghanistan and Northern Ireland, as well as spending time in London and Germany.

“My Iraq tour finished in 2003 and I left the army in 2005. I had a break for a few years, but realised I missed army life. I wanted to get back into it, although realistically, I probably didn’t realise just how much stress and strain I was under back then,” he admits.

“I re-joined as a patrol medic in 2008 for another six years, serving in Afghanistan for a seven-month tour from 2009 to 2010. Iraq was very organised and felt more conventional, but it was my time spent in Afghanistan that really affected me – It was completely different.”

The line of duty

Paul’s says his mental health issues arose from his experiences in Afghanistan and what he saw in the line of duty.

“It was more traumatic than any other period spent in the army,” he says.

“I experienced anxiety and flashbacks –  the worst were the dreams and nightmares and not wanting to go to sleep. I ended up turning to alcohol and drinking myself into a stupor to blank these things out.”

Paul is not alone. The most common mental health problems for ex-Service personnel are reported to be alcohol problems, depression and anxiety disorder, with levels of alcohol misuse overall found to be substantially higher than in the general population.

Paul experienced anxiety and flashbacks from his time in Afghanistan

But while veterans may be more susceptible to mental health problems as a result of trauma experienced while in active service and difficulties during the transition to civilian life, recent statistics were lower than many might have expected.

A study of 10,000 ex-Service personnel conducted by the King’s Centre for Military Health Research, found that PTSD rates were low among British forces, with a prevalence rate of four per cent in deployed personnel. According to a Ministry of Defence report one in eight UK Armed Forces personnel were seen by military healthcare services for a mental health related reason.

It is hard to believe that these figures are not higher. Particularly as many veterans report a culture of stigma and shame around mental health conditions while in active service, and may be less inclined to seek help even when back in civilian life.

Paul only recently sought help and was diagnosed with PTSD last year.

“My GP wasn’t very helpful. Four years ago, I went to my doctor and he said he couldn’t diagnose PTSD and gave me a prescription for antidepressants,” he said.

“I then found the Military Veterans Service, an NHS initiative that offers support and assessment and that really changed things for me.”

Paul first heard about medical cannabis from a friend who is based in California.

“I went to see him and chatted to him, and lots of doctors out there, I even looked up case studies of people using medical cannabis treatment for PTSD,” he said.

“It was only last year that I really looked at it in depth. I spoke to my GP but found  she was quite dismissive and unsupportive. But then I found TMCC.”

Paul says he has been alcohol free for over one hundred days now, since having a legal prescription for medical cannabis.

“I was previously using alcohol to blank things out but then you can’t sort yourself out as alcohol gets in the way and it becomes a barrier. Medical cannabis has really helped me stop drinking and the urges to drink have completely gone away.

“It helps me sleep at night and also relieves my anxiety. It’s also helped me concentrate on other important things in my life.”

Research suggests that the consumption of medical cannabis among veterans is increasing. A 2019 study on veterans in the US found that the majority reported using cannabinoids as a substitute for either alcohol, tobacco, prescription medications, or illicit substances.

Another survey published this year on 500 veterans aged 60 and above, found that compared to non-veterans of similar ages, those in the study were more likely to report using cannabis for the treatment of mental health conditions, such as post-traumatic stress, anxiety, and insomnia.

Veterans in the study typically reported “desirable health outcomes” as a result of their cannabis use and were also “less likely” to use opioids and benzodiazepines.

Alex*, who spent over five years as a combat patrol medic in Afghanistan, after leaving school at the age of 16, says medical cannabis has allowed him to cut back on the prescription painkillers he was taking. 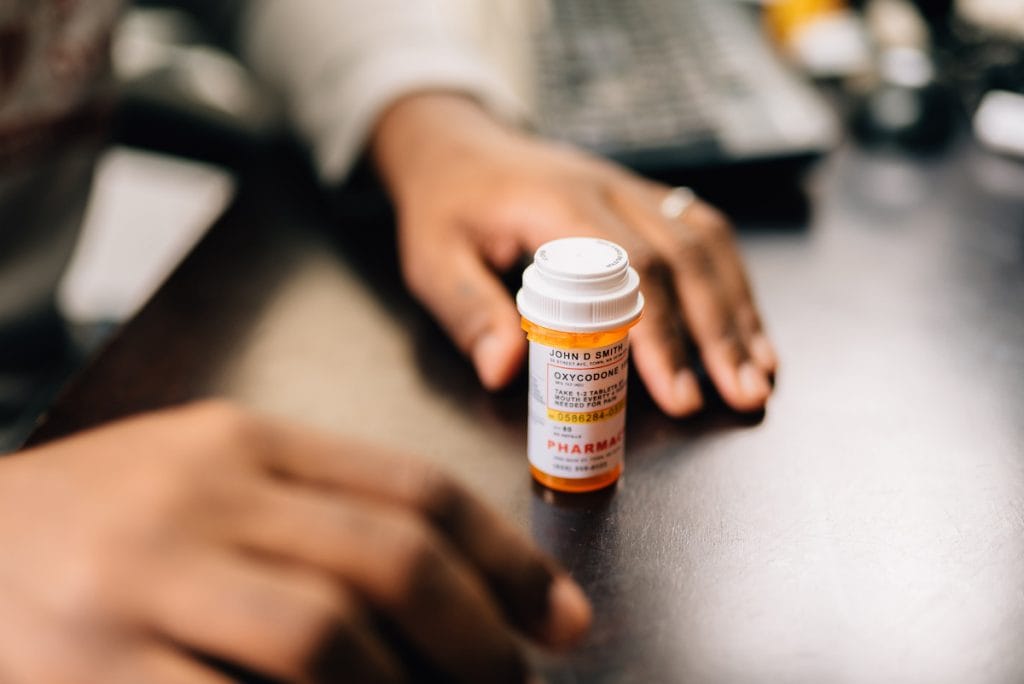 Alex was unhappy with the amount of prescription drugs he was taking.

“I was on morphine, fentanyl patches, oxycodone, diazepam, muscle relaxants, and other damaging medications usually prescribed for seizures but, to be honest, they just didn’t work,” he said.

“I didn’t want them but the doctors just prescribed more and more – they made me feel sick and worst of all, they didn’t take away the pain.”

Alex spent seven months in Afghanistan, living at different checkpoints with no WiFi or running water.

“I treated wounded soldiers, patched up the casualties, and got them back to the hospital,” he said.

“My worst casualty was a triple amputee who stepped on an explosive device. I was 10 feet away and managed to patch him up. He’s alive, back in the UK, and he’s a rock climber now raising money for charity.”

In 2011, Alex returned from a  tour in Afghanistan and was involved in a car crash, where he was impacted by another vehicle travelling at 90mph. He damaged his shoulder joint, which led to him being diagnosed with a rare condition which means his shoulder continually dislocates.

It was at this point which he developed PTSD, which he expects arose from a combination of factors.

“I felt vulnerable when I came back to the UK. I lost my career due to the accident which led to things spiralling,” said Alex.

“I was medically discharged from the army and put on long-term sick leave for 13 months whilst awaiting medical discharge. I then registered on a pilot scheme with the Veterans First organisation in Colchester, an initiative in Essex, and have been seeing them for two years.”

Unhappy with the medicine he was being prescribed, Alex researched online and found a neurologist in London, who recommended he look into medical cannabis.

“He said it would help me to cut back on the amount of controlled drugs I was taking”, he says.

“When I first heard about medical cannabis I thought ‘you have to be kidding me’, but I’ve since discovered that there are so many benefits to it. I never used it recreationally before; in fact, I have always been very anti-drugs and there was always a zero-tolerance attitude in the military.”

But Alex is now seeing Dr Sunny Nayee at TMCC and is prescribed a blended strain of flower which he finds works for him.

“It has genuinely made a major difference to my life and has hit the mark where other medications simply didn’t,” he says.

“I can now concentrate, I can function, and I’m no longer slurring my words. Now I hardly require any hospitalisation whereas before I tried the treatment, I used to go to hospital every three weeks. Now I go every three to five months.”

He adds: “My friends and family have noticed a real difference. I was previously feeling like a burden on them. My kids have also noticed a difference, because the drowsy side effects of the painkillers I was on are gone.

“My family is very supportive and the response from other healthcare professionals has also been positive. One doctor was a bit disapproving but I think most see it now just like any other medication.”

But many veterans still struggle with the stigma attached to cannabis, after years of prohibition and negative portrayals in the media, particularly when it comes to mental health.

Paul admits that his family were unsupportive of his cannabis consumption before he had a legal prescription.

“Regrettably, I was using non-medical cannabis before this and my family and friends were very unsupportive, due to how it’s been portrayed in the last thirty years, growing up in Manchester,” he says.

“Now that it’s legally prescribed and I’m seeing a specialist, it’s been legitimised and accepted – and after taking it, they could see that I was able to go out again, stop drinking, and that everything had changed.”

Even Alex, whose quality of life has been transformed by the treatment, is reluctant to tell people about his prescription.

“I don’t openly disclose that I use medical cannabis, but it has been a lifesaver for me,” he adds.

“I genuinely feel like I have my life back.”

For more information and to book an appointment visit www.themedicalcannabisclinics.com

*Names have been changed to protect the identity of the interviewees

Is cannabis more effective at improving mood than antidepressants?

Coping with depression at Christmas – how cannabis medicines can help