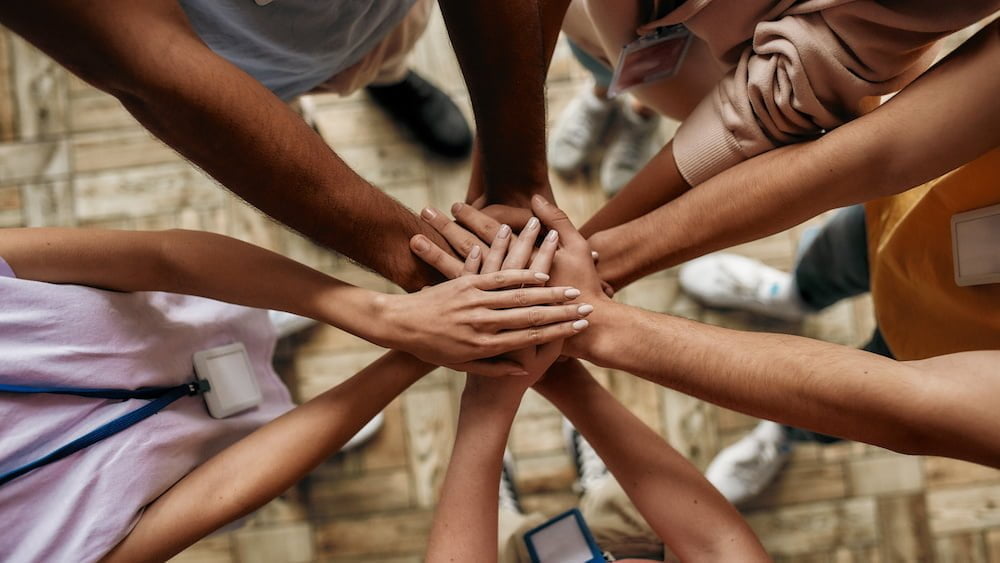 Several UK health charities have committed to working with regulators, to help improve access to medical cannabis on the NHS.

Charities supporting patients living with a range of conditions, including cancer, epilepsy, chronic pain and Ehlers-Danlos syndromes (EDS), have said they want to see wider access to medical cannabis on the NHS.

The event, on Tuesday 22 February, hosted by Drug Science and Medcan Support, showcased the existing real-world evidence which supports the prescribing of medical cannabis, particularly in paediatric epilepsy.

While the focus of the event was to highlight the need for NHS prescriptions for those children suffering from life-threatening seizures, conversations were had around the need for medical cannabis to be available for those living with a wide range of debilitating conditions.

Speaking to Cannabis Health, bosses from leading health charities have pledged to help lobby regulatory bodies to make prescribing on the NHS easier and to help fund more research into medical cannabis.

EDS is a group of rare inherited conditions that affect connective tissues in the skin, tendons, ligaments, blood vessels, internal organs and bones.

Anecdotal evidence suggests that medical cannabis can be beneficial in not only relieving pain, but helping with a range of symptoms caused by the condition, including gastrointestinal issues and anxiety and depression.

This was highlighted when the British Medical Journal published its first case report of medical cannabis for chronic pain last year. The patient, Lucy Stafford, was reliant on a wheelchair, a feeding tube and opioids, at the age of 18. 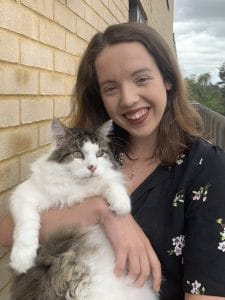 EDS patient, Lucy Stafford, is an advocate for medical cannabis

Within days of self-medicating with cannabis, Stafford’s pain levels “considerably subsided” and within three months she was able to come off all her opioid medications.

Professor Lara Bloom, president and CEO of the EDS Society, highlighted the burden that is currently placed on patients, with EDS often going undiagnosed and untreated for many years.

“We’re very keen to see more access and pathways for people living with these conditions to be able to better take the benefits from medicinal cannabis and CBD globally, but we definitely want to see those pathways in the UK,” said Bloom.

“There’s so much burden [placed on patients] with being bounced from doctor to doctor and trialling all these different therapeutics, that inadvertently don’t really help. So many people have found relief with CBD with medicinal cannabis, it would be wonderful to see that become accessible for all.”

The EDS Society also offers funding for research into EDS-related treatments and Bloom encouraged those working in the field of medical cannabis to apply.

“There is clear anecdotal evidence that cannabis helps those living with EDS and hypermobility spectrum disorders (HSD), but we need more research to show how it can help not just physically and mentally but economically as well,” she added.

“We offer research funding at the EDS society and we definitely encourage people to apply for funding to research medicinal cannabis and the effects on EDS and HSD.”

Sarah Hamilton, from Ehlers-Danlos Support UK, told Cannabis Health that patients in their community were still reluctant to talk about cannabis, but that they hoped to work with organisations, such as Drug Science, to learn more about how they can open up those conversations.

“We have a huge number of patients who suffer from chronic pain, gastrointestinal issues and other symptoms, and medical cannabis could be an answer to getting these effectively managed. It offers an alternative to opioids which come with a lot of side effects, and in light of the NICE guidelines changing there has to be an alternative for patients.”

New guidelines published last year, do not recommend the prescribing of opioids for those without a diagnosis for their chronic pain. This leaves patients without access to any effective pain relief.

But many of those who are taking prescription opioids are still looking for another option, due to the debilitating side effects of these medications.

Coral Taylor, a 25-year-old patient with EDS, has been prescribed opioids for several years.

“I was very vocal in that I hated how they impacted my daily function, but all I’m reminded of is ‘we can’t do much else for you – do you not want the painkillers?’

“I’m just left to deal with the daily agony of subluxing [a partial dislocation, which can be common in EDS] my shoulders and fingers, whilst privately paying for physiotherapy, as the last physio I had on the NHS told me they didn’t believe that my condition exists.

“If I had something like medicinal cannabis, I just imagine that anything would be better than this.”

Hamilton said in the future, EDS Support UK hopes to be able to offer help and advice for patients on how to access medical cannabis.

“We’re going to be doing a lot of networking with the right people to get more understanding,” she added.

“We hope in the future to be able to give guidance about how you go down this route, how you bring it up with your doctor and to give accurate information about it instead of people having to hide it.”

Other organisations seem committed to working with NICE, to try to make it easier for doctors to prescribe cannabis medicines.

NICE published clarification to its guidance in 2021, to clarify that cannabis-based products could be prescribed in appropriate cases.

But still only three prescriptions for whole plant cannabis have been issued on the NHS. Currently the only licensed cannabis-based medicines include Epidiolex, for seizures associated with Lennox-Gastaut or Dravet syndrome, Sativex for MS-related pain spasticity and Nabilone as a control of chemotherapy-induced nausea and vomiting in adults.

But even access to these is limited, and can be a postcode lottery, as a report from the MS Society highlighted last year.

Amy Dowding of the Infantile Spasms Trust, which is run solely by volunteers, commented: “We know that a lot of children try several pharmaceutical medications and often they’re not effective in treating their epilepsy. There will be a large proportion of the families that we represent for whom medical cannabis could be an effective treatment.

Infantile spasms are a type of seizure that occurs in babies, a proportion of whom will go onto develop refractory epilepsy.

Research in children with refractory epilepsy, published by Drug Science last year, found that medical cannabis products are not only safe but offer a 96 per cent chance of reducing seizures. 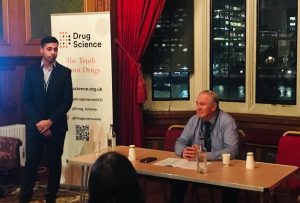 The best clinical outcome of typically prescribed NHS medications, such as benzodiazepines or Epidyolex, is less than 50 per cent.

“A lot of our families want to access medical cannabis and funding is definitely a stumbling block, as well as having access to the clinicians who are willing to prescribe,” said Dowding.

“We are currently working with NICE to improve outcomes for children who have a diagnosis of infantile spasms, and have made recommendations for treatment and testing. For families who are further down the line, for whom regular pharmaceutical drugs have been ineffective, medical cannabis will certainly be an important treatment option for them.” 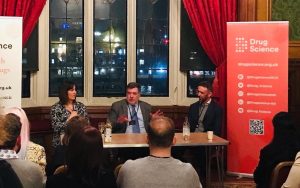 “Patients don’t talk to us about cannabis,” she admitted. “So it is very difficult to know how many are using it, and so many patients are still unaware that they can access medical cannabis if they’re experiencing nausea and vomiting, or anxiety or pain.

“Medical cannabis has been approved for chemotherapy-related nausea and vomiting. We want to make sure that cancer patients get the treatment that’s right for them, and we need to make sure that they are not financially disadvantaged by accessing that treatment.”

Makaroff added: “As a charity, we believe in evidence-based advocacy, so we will support all of the other evidence-based charities in making sure that we can campaign to NICE and other bodies to ensure they are allowing access to treatments that work.”

A recent survey of almost 2,000 patients living with Parkinson’s disease in the US, found that 70 per cent of respondents used medical cannabis, reporting improvements in pain, anxiety, agitation, and sleep.

Laura Cockram, head of policy and campaigns, attending the event last week said it “supports calls for greater investment in research” and “encourages new ways” to make cannabis medicines available on the NHS.

“It was fascinating to hear at the event how children with rare or drug resistant epilepsy benefit from medicinal cannabis. The debate around how the medicine is approved and funded is a particular area of interest for us,” Cockram said.

Parkinson’s UK is already funding a trial to explore whether CBD could treat symptoms such as hallucinations and delusions.

There are thought to be around 145,000 people living with Parkinson’s in the UK, and over half of these will be affected by symptoms such as hallucinations and delusions at some point.

Cockram continued: “To date, there have been very few clinical trials to test cannabis-based treatments in people with Parkinson’s. More high-quality trials are needed to assess their potential to treat specific symptoms.

“This is why we’re currently funding a trial to test whether cannabidiol (CBD) is safe and effective for treating hallucinations and delusions that affect 50 and 60 per cent of people with Parkinson’s.”

She added: “We will be keeping in touch with the team at Drug Science as we support their calls for greater investment in research on the use of cannabis-based treatments. We encourage the development of new ways to approve and make cannabis-based treatments available on the NHS, if they are proved to effectively treat an individual living with a long-term condition.”

For more, subscribe to Cannabis Health in print here

Living with endometriosis – how medical cannabis is dulling the pain