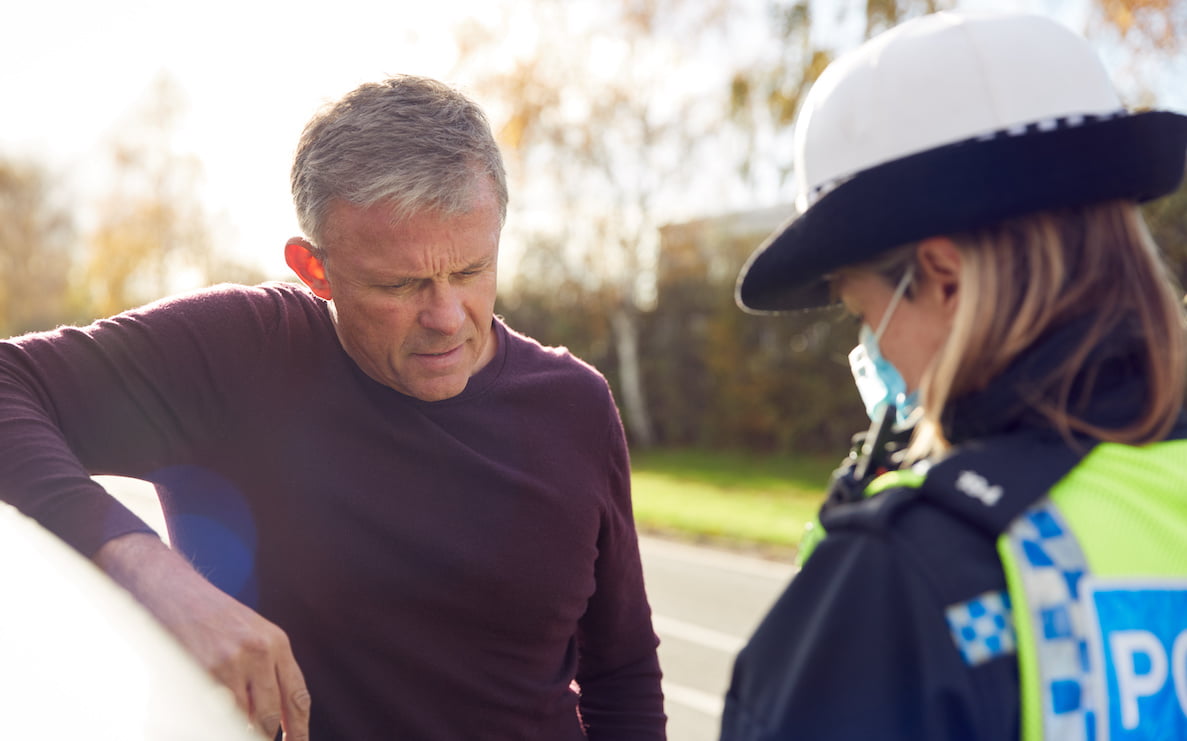 Campaigners have published new information to support patients with a medical cannabis prescription on the roads.

Campaigners have shared new advice in response to increasing concerns from holders of medical cannabis prescriptions, around driving while using their medicine.

The Seed Our Future campaign, which has been supporting cannabis patients facing driving offences, has published a Statement of Fact document, to help alleviate stress should someone be pulled over.

Guy Coxall, the founder of Seed Our Future, told Cannabis Health he has received increasing reports of patients being pulled over by police for a “smell of cannabis” and then swabbed and arrested.

Patients with a legal prescription have a statutory medical defence as long as they are not impaired and are following the guidance of their prescribing doctor.

Despite this, Coxall has recently supported two patients facing charges, both of whom had successful outcomes in court.

“I’ve worked with two people who have medical cannabis prescriptions and have had to go to court. We’ve had success with both of them, but both have been very annoyed and upset. The incident has caused problems with their illness because of the stress and not knowing how to get help,” said Coxall.

“This is unacceptable when you’ve got millions of people on benzodiazepines, morphine and other drugs, which are impaired to drive, yet don’t appear to have any problems. It seems this is because it is cannabis and the police and the judicial system are yet to catch up.”

Currently any driver who is stopped by the police can expect to be swabbed and if THC is identified, a blood test is enough to secure a conviction.

This means that anyone who has consumed cannabis within the last few days – or has been subject to passive smoking – may be over the zero-THC limit and at risk of prosecution, regardless of whether there is evidence of impairment.

Seed Our Future is calling for the removal of THC from Section 5 and reverted to Section 4 of the Road Traffic Act 1988 (RTA), where evidence of impairment would be required to convict.

Studies have shown that the effects of THC have generally gone after four hours when inhaled, longer when orally ingested.

The Statement of Fact, which the group is encouraging all prescription cannabis patients to print out and keep in their vehicle, sets out the statutory medical defence, which can be used when the “specified controlled drug had been prescribed or supplied” for medical purposes.

It also states that the person can prove “beyond reasonable doubt” that they hold a legal prescription and that they drove following the guidance of their prescribing doctor and the product manufacturer.

Patients are advised to print out the document and keep it in their car. Should they get pulled over, Coxall recommends they show the document to the police officer, alongside a copy of their prescription and “politely ask them to carry out their due diligence”.

“By their own assertion, the police need to carry out due diligence,” he explained.

“If a patient is stopped by the police for cannabis and they produce evidence that they have a legal prescription and therefore a medical defence, the police shouldn’t take a swab and certainly not a blood test. If they do take things further, they may be liable in a civil court for false imprisonment.”

Coxall hopes having this to hand will ease some of the stress and anxiety patients are currently experiencing.

He adds: “This is really about putting patients at ease. Patients shouldn’t be without their medicine, because they are living in fear of being stopped by the police.”

The full wording of the Statement of Fact is below. You can download a copy here:

Today I intend to challenge the charge of ‘driving a motor vehicle with a proportion of a specified  controlled drug above the specific limit’ as per Section 5A of the Road Traffic Act 1988 on the  following grounds:

“It is a defence for a person (“D”) charged with an offence under this section to show that: ‐

(a) the specified controlled drug had been prescribed or supplied to D for medical or dental purposes,  ‐

(b) took the drug in accordance with any directions given by the person by whom the drug was  prescribed or supplied, and with any accompanying instructions (so far as consistent with any such  directions) given by the manufacturer or distributor of the drug, and ‐

(a) contrary to any advice, given by the person by whom the drug was prescribed or supplied, about  the amount of time that should elapse between taking the drug and driving a motor vehicle, or

(b) contrary to any accompanying instructions about that matter (so far as consistent with any such  advice) given by the manufacturer or distributor of the drug.

(5) If evidence is adduced that is sufficient to raise an issue with respect to the defence in  subsection (3), the court must assume that the defence is satisfied unless the prosecution proves  beyond reasonable doubt that it is not.”

The new offence does not change the existing legal position whereby those who legitimately take  their medication may be guilty of a road traffic offence (under Section 4 of the Road Traffic Act 1988)  if they are impaired or ‘unfit’ to drive due to the effects of that drug.

I can confirm that I can prove, without reasonable doubt, that I hold a legal prescription for medical  cannabis to treat my medical conditions, that I drove in accordance with the guidance from my  medical practitioner, the official guidance for driving as per the Medical Cannabis Clinicians Society  and the Medical Cannabis Clinics UK, that I also followed the guidance from the manufacturer for  driving, that the possession of the drug immediately before taking it was not unlawful under section  5(1) of the Misuse of Drugs Act 1971 and that there is no proof of any impairment.

Home » Advocacy » Driving with a medical cannabis prescription – what if you get stopped?
Related Topics:Cannabis and drivingFeaturedMedical Cannabis
Up Next

Can I travel abroad with my medical cannabis prescription?

My daughter’s seizures reduced by 95% on medical cannabis – why is it not available on the NHS?