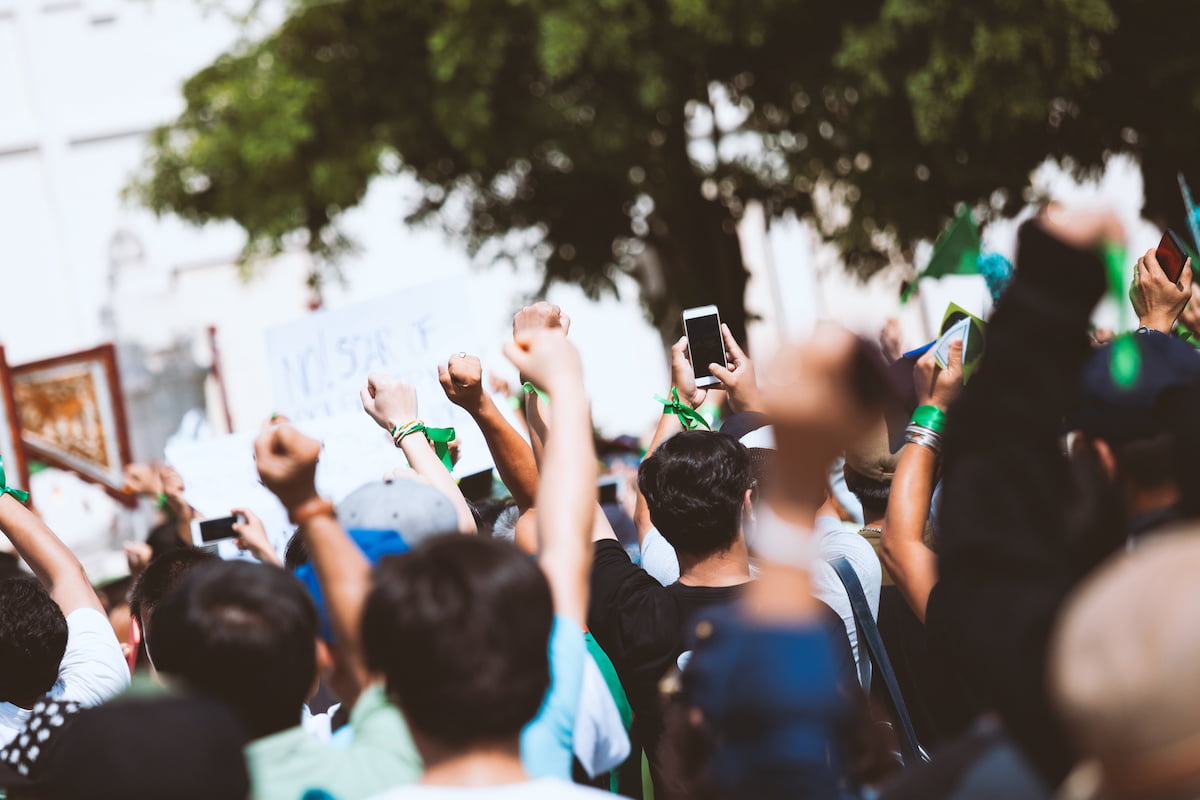 It’s time the cannabis industry gave advocacy groups the support they deserve, argue campaigners, after all they are the ones driving the sector forward.

Representatives from some of the UK and Europe’s leading cannabis advocacy groups have called for more support from those in the industry, highlighting the vital contribution they make to the development of the sector.

Speaking on a panel at Cannabis Europa in London on Wednesday 29 June, several leading campaigners said the industry had taken the efforts of patients for granted for too long.

In the words of Mary Biles, author and moderator of the event, it is the patients who “forged ahead and created this industry”.

It wasn’t the tireless efforts of CEOs which changed the law in November 2018, opening up a potentially highly profitable market – but also what many saw as an opportunity to make a “quick buck”.

It was the mothers and families, whose children were sick, who were full-time carers, surviving on just £62 a week from the government. It was the patients who put themselves at risk to educate others and call for change, despite their own limitations.

Jacqueline Poitras, founder of patient group MAMAKA and representative of the IACM Patient Council, is the campaigner responsible for changing the law in Greece, after fighting for her daughter to access medical cannabis.

“Our advocacy organisation started the ball rolling in 2016,” said Poitras.

“As in so many other countries, it was the patients who asked the politicians to change in law. What we have done ever since then is fill the role of everybody else who’s not in the value chain at the moment.” 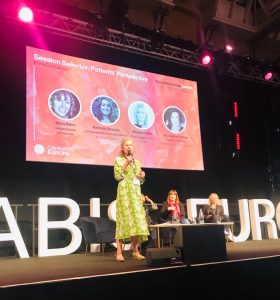 The bridge between patients and industry

In the years since the law change, organisations such as Medcan Support and PLEA (Patient-Led Engagement for Access) in the UK, and the IACM Patient Council internationally, have become a vital bridge between the patients they support and the big businesses producing their medicine.

Medcan Support now has over 500 members, most of whom are parents and family members of children with severe epilepsy who are desperate for help and seeking advice, having heard that cannabis might help them.

PLEA has over 1,200 members and is run entirely by patients, all of whom are living with chronic conditions.

It is these organisations which take the lead on liaising with the private sector, lobbying for better standards for medical cannabis patients, educating clinicians and cannabis naive patients and even building the evidence base.

They are support workers, social media managers, campaigners, educators and consultants. And yet the majority, if not all, are volunteers.

“We all happened into this,” said Poitras.

“We were called to it and it’s not something that we can walk away from. If we don’t do it, nobody else is going to do it. We are convincing people and politicians that cannabis can help them. We are the bridge between companies and customers.”

She added: “But how much longer do I have to continue working at something on a volunteer basis?” 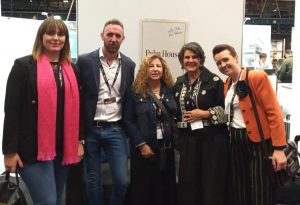 Representatives from PLEA revealed they work up to 40 hours a week behind the scenes, all for free. Its chairperson Lorna Bland has spent 40 years working in the voluntary sector having recently received a Royal Voluntary Service Award for the Platinum Jubilee.

Matt Hughes, co-founder of Medcan Support has a full-time job in IT, and a disabled son to care for. But he spends his evenings responding to questions from other families. He isn’t going to ignore them, he has been there himself after all.

On top of that him and his small team are organising and hosting webinars, creating social media content and acting as the vital go-between for private clinics and regulators.

“This is the core of what patient groups do, it’s not just social media and what people see from the outside, we’re usually the ones sorting out the issues in the private sector when the industry isn’t,” he told Cannabis Health.

“We do a huge amount that goes unnoticed, acting as a key link between patients and the industry. If a product is stopped leaving patients at risk of being left without medication, we are the ones sorting it out. If Medcan didn’t exist and we didn’t do all the work, who would?”

The value of lived-experience

When industry players do want to listen to the patients, they are usually expected to share their valuable insights and lived-experience for free.

“All of the information and experience that [advocacy groups] have gathered over the years, in the thousands of hours that have been invested into this and the patients around us, is valuable information for these companies,” said Poitras.

Co-founder of Medcan Support and director of Maple Tree Consultants, Hannah Deacon set up an initiative called Patients First with Volteface, earlier this year, which pays patients to participate in focus groups.

“What concerns me is that people see medical cannabis as a commodity and a way to make a quick buck,” she said.

“It’s not going to be sustainable. You need to listen to patients, because that’s how you develop a robust business.”

Deacon continued: “This is very personal. Businesses must not try to access this sort of information for free, because it’s very valuable and it’s a commercial thing that they are trying to achieve. If you are trying to do that, then you should help the people running those organisations. There are companies doing that, but not enough.”

Patients at the heart of everything

One company which is doing so is medical cannabis distributor, Chilam. Its co-founder and CEO, Monique Ellis, is a cannabis patient herself, having battled with endometriosis for over 20 years.

Chilam has put patients at the heart of its business strategy, investing in a comprehensive research and development programme before it’s even properly off the ground.

But Ellis doesn’t see this as a luxury, or a token gesture, rather a necessity that will set the company in good stead for the long haul.

“We’ve taken the view that the patient is at the absolute heart of everything we do,” said Ellis.

“It needs to be front and centre in your business model. It is sometimes described as a luxury to be able to roll out an R&D programme before you’re profitable or are trying to complete a funding round, but it’s not a luxury, it’s a must-have. You need to invest in it, it needs to be a core dimension to the business plan and you need to make those budget considerations.” 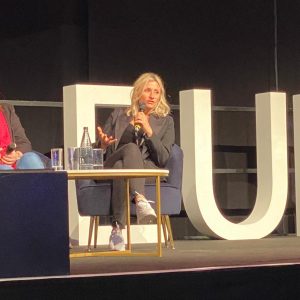 Ellis continued: “We need to make sure that we’re engaging with advocacy groups, and not just within the cannabis industry. We’ve got to think about cannabis naive patients that exist outside of the kind of small embryonic industry that we’re working with.

“That means that we need to give financial support to charities – it should be built into your social impact strategy. If these are not the values that are underpinning the way that you operate as a business, then you don’t have something that’s scalable and you won’t have patients for life.”

The key to developing the market

There are now said to be around 17,500 people with a legal prescription for cannabis in the UK. According to polls, 1.4 million people are self-medicating, suggesting the legal market has only fulfilled a tiny proportion of its potential.

There are just 110 doctors prescribing out of thousands on the specialist register who could legally do so.

Advocacy groups are the key to reaching those people.

“I fear that we live in this bubble at the moment. The only way we’re going to reach the millions and millions of people in this country who could benefit, is by supporting advocacy groups who can get out and talk to naive patients, attend conferences and create education.

“Companies can’t do that, but we can and that’s why we are vital to the development of this sector. But we are volunteers and we cannot expand the work we do without being supported by the industry.”

We’re not talking about huge investments here. According to Deacon just £200 a month would allow Medcan Support to do more – and if 10 companies stumped up the cash, they could afford to employ someone to work full-time.

Poitras ended by urging cannabis businesses to reach out to patient groups in their country, she said: “Everything has to be built around this and if you’re not doing it at the moment, take a very critical look at your company and see where this can be placed within your system.”

Deacon added: “Every day that you go into the office, you need to think about who you’re working for. Who is your stakeholder?

“If you’re focused on your margins, then you’re not doing it for the right reasons. You need to be focused on who you serve, which is your patients and your doctors. I think when you start doing that, you’ll start winning.”

Home » Advocacy » Patient groups are key to a thriving cannabis industry – so support us, say campaigners
Related Topics:cannabis healthcannabis patientsFeaturedMedical Cannabis
Up Next