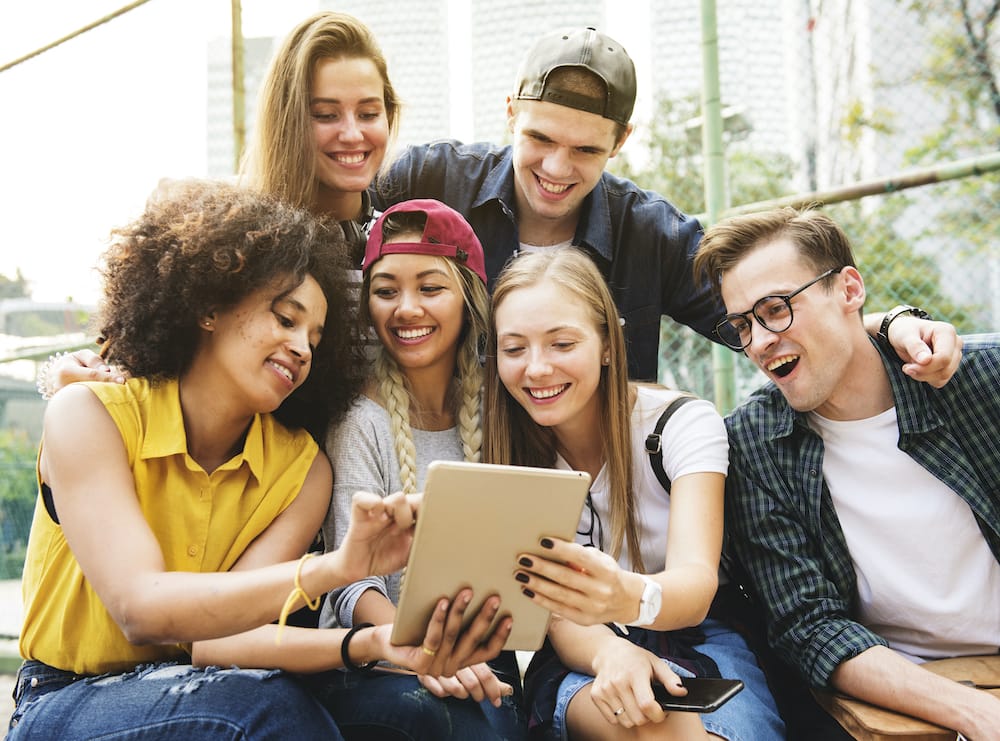 A US study comparing attitudes towards cannabis among millennials and baby boomers, suggests the latter are twice as likely to use it to treat a health condition.

For those who use cannabis recreationally, relaxation was the top reason for consuming among both generations.

to respondents, millennials are more likely to consider themselves daily consumers. In fact, one in five millennials said they consume cannabis daily compared to just 12 per cent of boomers.

While millennials might consume more, it’s boomers who are starting their day off with marijuana. Boomers are twice as likely to use cannabis in the morning, according to respondents.

In the study, Verilife also asked each generation their preferred method to consume. The most popular among both generations is to inhale, either through a pipe, joint, or blunt.

While most millennials and boomers consume with friends, both generations also reported consuming to ease stress or anxiety during different social situations and environments.

For example, 28 per cent of millennials and 26 per cent of boomers said they have consumed marijuana before work. 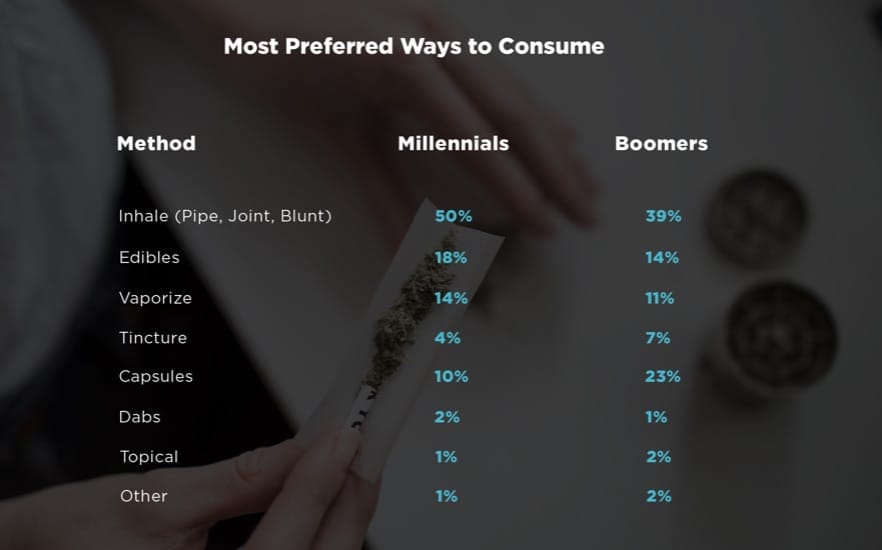 Millennials are also twice as likely to consume before going to a large event or public gathering in order to ease stress.

However, when it comes to discussing marijuana use with medical providers, there is a difference in comfort level. 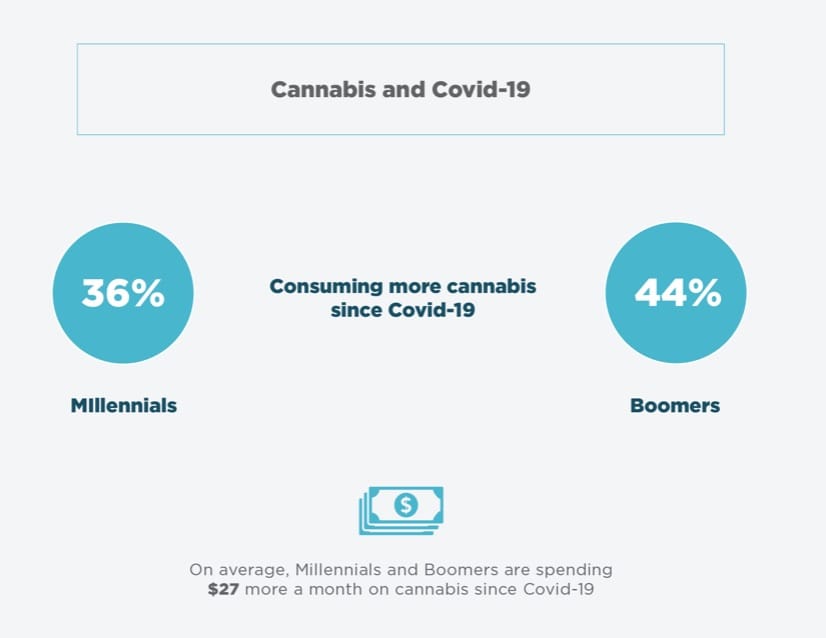 According to respondents, 60 per cent of boomers feel comfortable discussing cannabis with their primary care physician compared to just 46 per cent of millennials.

Boomers are also more trustworthy of their medical provider when it comes to getting accurate information on cannabis.

Verilife concluded: “In many areas, there are overlapping commonalities, which shows that despite their differences, millennials and boomers might have finally found something they can both agree on.” 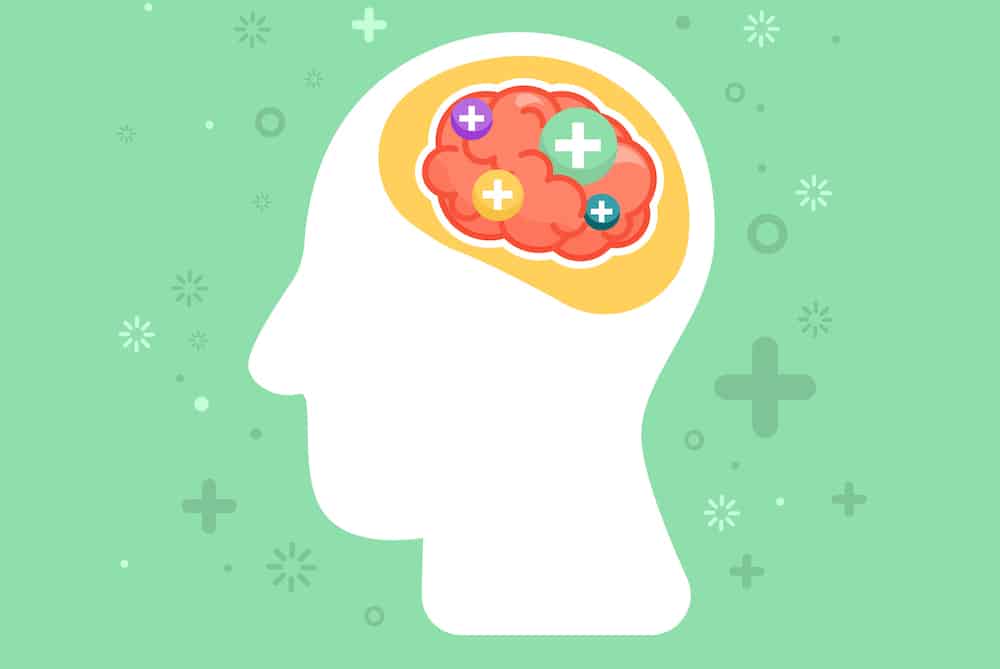 Prescription-grade CBD, which is much stronger than commercially available CBD, helped people quit cannabis, according to a new study published in the journal Lancet Psychiatry.

Researchers recruited 82 people who had been diagnosed with moderately severe or severe cannabis use disorder, which is described as continued use of cannabis despite impaired psychological, physical, or social functioning.

All of the participants expressed a desire to cut down their cannabis use, and had tried to quit in the past.

They were either given prescription-grade CBD capsules – either 200mg, 400mg or 800mg of CBD – or placebo pills, to take every day for four weeks. T

They all also had a series of counselling sessions aimed at helping them stop using cannabis.

The researchers found that daily CBD doses of 400 and 800 milligrams both reduced the participants’ cannabis intake.

The study, which was funded by the Medical Research Council, could help more people quit using cannabis in an ‘acceptable treatment format,’ Tom Freeman,  psychopharmacology researcher at the University of Bath and co-author of the study, told Inverse.

Research has found that almost half of those who quit cannabis experience some withdrawal symptoms, which can include irritability, depressed mood, nausea, vomiting, aggression and disrupted sleep.

There are currently no treatments available for prescription that are deemed safe and effective. 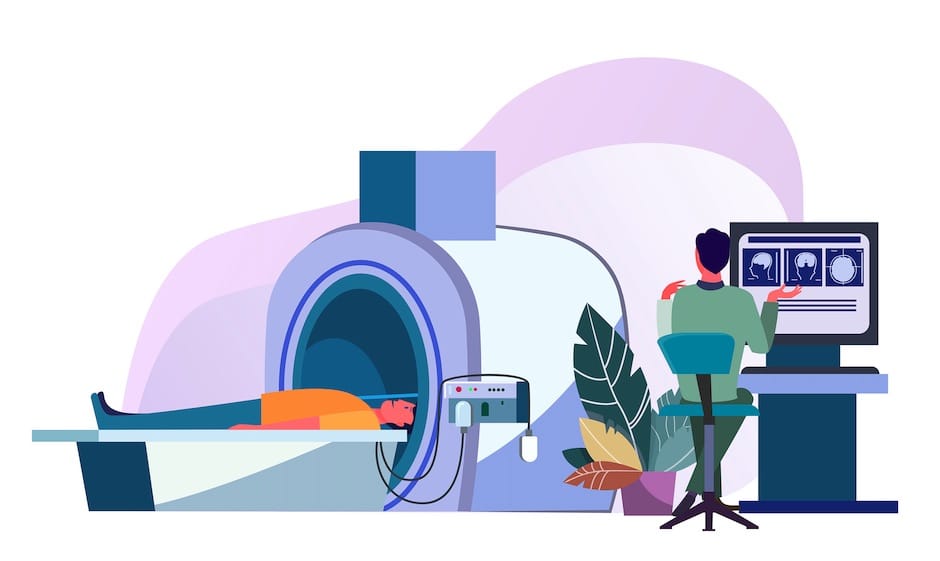 New findings have raised the prospect of medical cannabis being used as a cancer treatment, rather than just as a relief medication.

The plant, known as ‘Eve’, has high levels of the compound cannabidiol (CBD).

“ANTG wanted me to test it against cancer, so we initially used leukaemia cells and were really surprised by how sensitive they were,” Dr Dun says.

“We then realised there was a cancer-selective mechanism involved, and we’ve spent the past couple of years trying to find the answer.”

The Dun team has run comparisons between THC-containing cannabis, and cannabis lacking THC but with elevated levels of CBD. They found that, for both leukaemia and paediatric brainstem glioma, the CBD-enriched variety was more effective at killing cancer cells than THC varieties.

In a recent paper entitled “Can Hemp Help?”, released by international journal Cancers, Dr Dun and his team also undertook a literature review of over 150 academic papers that investigated the health benefits, side-effects, and possible anti-cancer benefits of both CBD and THC.

“There are trials around the world testing cannabis formulations containing THC as a cancer treatment, but if you’re on that therapy your quality of life is impacted,” Dr Dun says.

“You can’t drive, for example, and clinicians are justifiably reluctant to prescribe a child something that could cause hallucinations or other side-effects.

“The CBD variety looks to have greater efficacy, low toxicity and fewer side-effects, which potentially makes it an ideal complementary therapy to combine with other anti-cancer compounds.”

The next phase for the study includes investigating what makes cancer cells sensitive and normal cells not, whether it is clinically relevant, and whether a variety of cancers respond.

“We need to understand the mechanism so we can find ways to add other drugs that amplify the effect, and week by week we’re getting more clues.

“It’s really exciting and important if we want to move this into a therapeutic,” Dr Dun adds, stressing that CBD-enriched cannabis isn’t yet ready for clinical use as an anti-cancer agent.

“Hopefully our work will help to lessen the stigma behind prescribing cannabis, particularly varieties that have minimal side-effects, especially if used in combination with current standard-of-care therapies and radiotherapy.

“Until then, though, people should continue to seek advice from their usual medical practitioner.”

The study was funded by ANTG and HMRI through the Sandi Rose Foundation.

“We are very pleased to see three years of collaboration with UON and HMRI deliver such exciting findings in the fight against cancer. ANTG remains committed to its patient-centric mission of understanding the massive therapeutic potential of medicinal cannabis,” Matthew Cantelo, CEO, Australian Natural Therapeutics Group, said.

“We thank Matt Dun and the team for such encouraging insights into anti-cancer properties of our Australian grown CBD strain, Eve. We are looking forward to moving forward to the next stage of the study and continuing to develop effective, safe and consistent cannabis medicines for Australian patients.”

How CBD is helping women with endometriosis 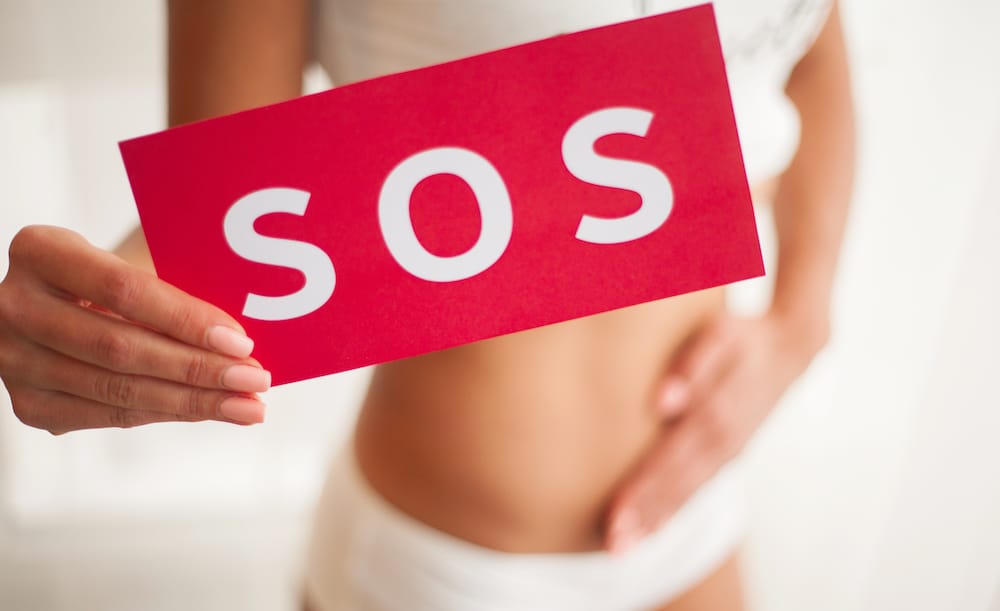 Women around the world are increasingly using CBD to deal with the symptoms of endometriosis – a much misunderstood and misdiagnosed condition. Cannabis Health finds out more.

Endometriosis is the second most common gynecological condition in the UK, affecting around one in 10 UK women – although frequent misdiagnosis and a lack of understanding means this figure may be higher.

It happens when tissue similar to the lining of the womb starts to grow in other places, such as the ovaries and fallopian tubes, which then reacts to the menstrual cycle each month and also bleeds.

However, there is no way for this blood to leave the body, causing inflammation, pain and the formation of scar tissue.

Nobody knows what causes it, or why some women suffer and others don’t, and symptoms, including pain in the lower abdomen and back, nausea, intense fatigue and infertility, can be debilitating.

According to Endometriosis UK, it takes an average of seven and a half years from onset of symptoms to get a diagnosis, and the condition costs the UK economy £8.2bn a year in treatment, loss of work and healthcare costs.

There is currently no cure, and treatment is limited to painkillers, hormonal contraception, or surgery to cut away the scar tissue. In more severe cases, the only option may be a full hysterectomy to remove part or all of the affected organs.

But could there be another way? More and more women are turning to CBD to ease their symptoms, and the results are encouraging.

Charlotte Nichols, managing director of North East of England-based PR firm Harvey & Hugo, has been using a CBD oil for a couple of months, and has already noticed a difference in her symptoms.

She explained: “I was diagnosed with endometriosis in 2017 but I’d been suffering with it for three years before that; it took that long to diagnose as it was just put down to ‘just’ painful periods.

“I had surgery to remove it but still struggled with infertility, until I finally got pregnant in 2018. The symptoms disappeared while I pregnant and breastfeeding but then came back with a bang since – I’d forgotten how awful it was.”

After researching how CBD could help, Charlotte began taking the oil in June 2020, and the results have been significant.

She said: “While the CBD doesn’t stop the pain completely, it definitely helps take the edge of the symptoms.

“Stress and lack of sleep both make my symptoms worse, and the oil has definitely helped with this, helping me relax and dramatically improving my sleep.

“I’ve also found that the CBD has improved my mood, as feeling so rubbish all the time was getting me down. That might be the effect of the oil itself, or simply because it’s alleviating the symptoms    – either way, it’s making me feel more like myself again.”

While using CBD as a painkiller is nothing new, experts believe that its use for endometriosis may be down to more than simple pain relief.

Research has found that cannabinoids also help by:

In fact, some scientists believe that dysfunction in a woman’s endocannabinoid system – the molecular system responsible for regulating and balancing processes in the body, including immune response – may be behind endometriosis.

Dr Michele Ross, CEO of Infused Health, explains: “Reduced function of the endocannabinoid system leads to the growth of endometriosis throughout the body, and more pain.”

CB1 cannabinoid receptors mediate the pain from endometriosis and, according to a 2010 study, are present in the cells that supply nerve impulses to the endometrial growth.

However, the endometrial cells of women with endometriosis have been found to have a lower expression of CB1 receptors — so activating the few that are expressed is even more important for those in pain.

Whatever the science behind it, women like Charlotte are just pleased to finally have a natural product to alleviate their symptoms.

“I much prefer taking CBD to other painkillers, as I’m very aware of what I’m putting into my body and, as far as I’m concerned, the more natural the better,” she says.

“At the moment I’m just using the oil; I haven’t tried any other products, like the balms or lotions, but I’m going to look into it.

“I also find that exercise, intermittent fasting, avoiding alcohol and cutting down on sugar really helps my symptoms, in combination with the CBD. It’s been a long road, with a lot of trial and error along the way, but I’m so glad to finally feel in control of my body again.”