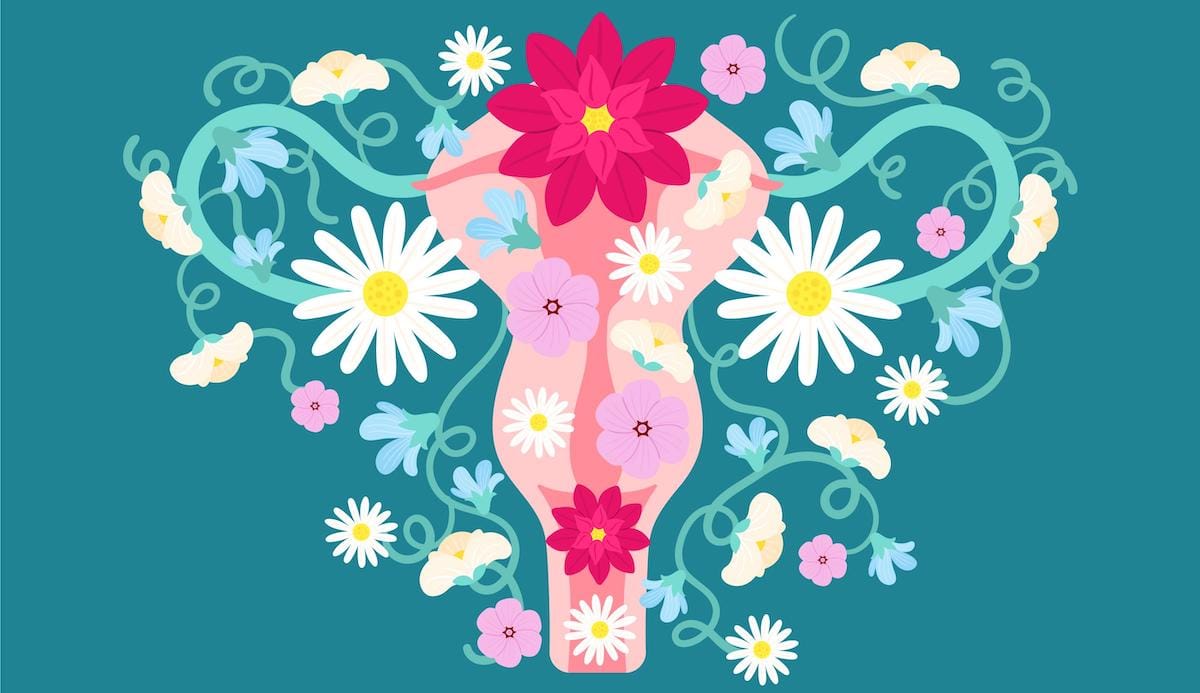 Always Pure Organics’ research assistant Alexandra Gkoutzidou explores the evidence behind the use of CBD to treat and manage the symptoms of endometriosis.

Statistically one in 10 people with a fertile uterus suffer from endometriosis, but its cause is not clear yet. 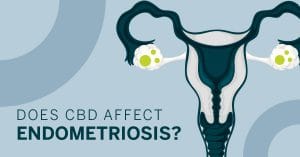 The role of the endocannabinoid system

It appears that the endocannabinoid system (ECS) plays an important role in the normal processes of the female reproductive system[3, 9].

Studies show that proper regulation of the ECS is important to maintain a healthy regulated reproductive system. It has been observed that endocannabinoids’ and their degradative/oxidative enzymes’ expression fluctuate in the female reproductive organ in accordance with the stage of the menstrual cycle[5].

The levels of these endocannabinoids are raised to increase fertility during ovulation and then fall during the luteal phase of the menstrual cycle. Research has shown that this fluctuation of the ECS is not as well-regulated for people suffering from endometriosis.

The results have shown that people with endometriosis have low amount of CB1 receptors in the uterus and abnormal levels of endocannabinoids in their blood during their menstrual cycle.

Evidence shows that in the reproductive system, the use of cannabinoids operates in more than one way.

The way the cannabinoids operate in this system is related to both the amount of expressed cannabinoids and also in the phase of the menstrual cycle. The use of cannabinoids to treat endometriosis, is therefore a complicated case and in such cases it is important to consult a doctor instead of self-medicating, because high levels of the “wrong” cannabinoid, or even at the wrong time of the month could possibly affect ones fertility or cause other gynaecological issues.

What does the evidence say?

McHugh et al [4], researched the effect of THC and N-arachidonyl in the migration of endometrial cells in an animal cell culture. It was observed that while the above two cannabinoids induce migration of the endometrial cells, CBD prohibits it. While this research gives way to more in-depth research for the effect of CBD in human endometriosis, it does not provide sufficient data to claim that CBD is beneficial against endometriosis.

There are two clinical trials currently taking place, researching just that. The first is an open label phase II trial, studying an 1:1 ratio of THC and CBD administered to endometriosis patients to reduce hyperalgesia[6].

The second is a phase III double blind placebo study, where patients will receive norethindrone acetate, a type of hormonal treatment, in accompany with 10 or 20mg of CBD for the management of endometriosis pain[7].

Regardless, a lot of people are already using cannabis and/or CBD to treat the pain derived from endometriosis. Research that took place in Australia investigated the self-management strategies amongst Australian women with endometriosis [8]. This online research was published on social media and invited women to share their own methods of treating their endometriosis symptoms.

The authors suggested that the anonymity of an online research could increase engagement, due to the fact a lot of people use illegal substances to treat pain symptoms. The most common strategies used were self-care and lifestyle choices like heat, rest and meditation, but the most highly effective rated self-reported methods were cannabis, heat, hemp/CBD oil, and dietary changes.

Anecdotal evidence suggests that the use of CBD, THC and possibly other cannabinoids could help treat the pain related to endometriosis, but given the role the ECS has in the uterus there should be more in-depth research in order to realise the factual role CBD plays in endometriosis (if any). The pain sensory system is different to the reproductive system. The role of CBD in pain is well understood and the analgesic effect of CBD in endometriosis pain is probably related to it instead of an effect to the endometrial cells [5, 10, 11].

Nonetheless, CBD has been shown to have positive effects for patients with diseases related to ectopic movement of cells in the body, like cancer and psoriasis. Indeed, CBD has been shown not only to inhibit some cancer cells growth, but also to mediate these cell’s movement to other parts of the body (metastasis) [14, 15, 16].

The levels of cannabinoids in the uterus are strongly related to the phase of the menstrual cycle and they are formed so to increase fertility [9, 13]. Therefore, it is ill advised to use any cannabinoids if you are trying to get pregnant or have a related health problem without advising your doctor and testing whether the endocannabinoid levels are correct during your cycle. A well balanced ECS is the target so always follow the dosage directions.

Why women in pain are turning to medical cannabis

Five reasons to take CBD during the menopause