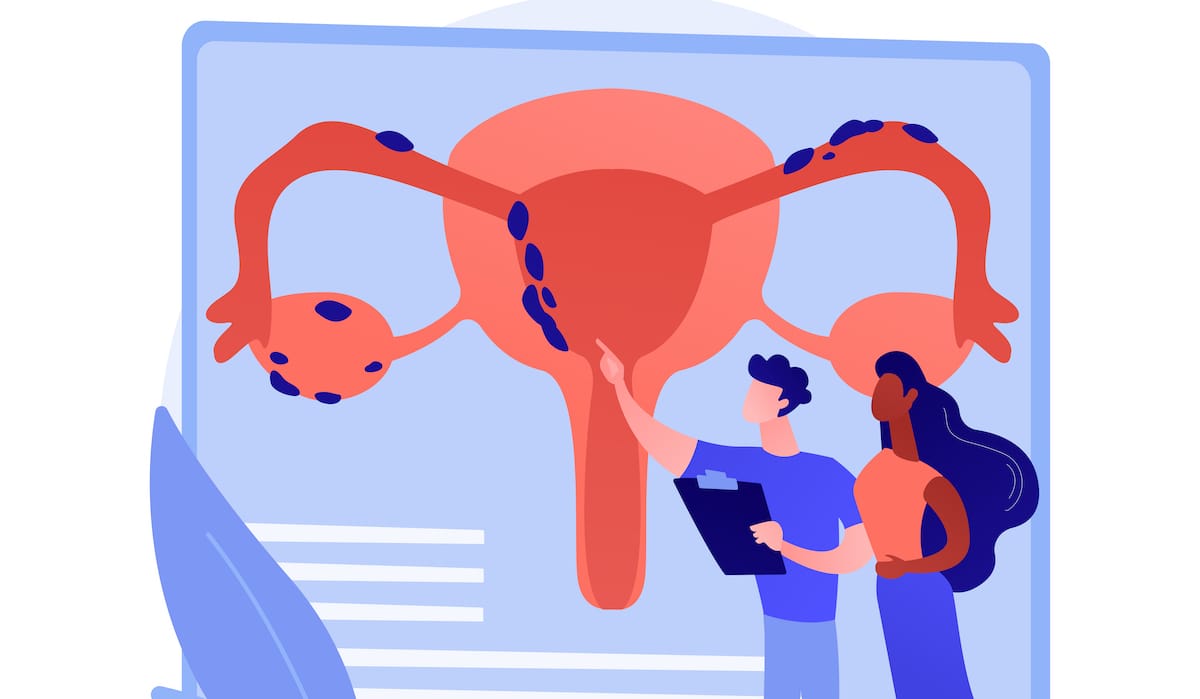 Endometriosis affects around one in 10 women in the UK

As part of Endometriosis Awareness Month in the UK, Cannabis Health explores the role that CBD can play in managing the condition.

Endometriosis is a condition in which tissue similar to the lining of the womb starts to grow in other places, such as the ovaries and fallopian tubes, which then reacts to the menstrual cycle each month and also bleeds.

However, there is no way for this blood to leave the body, causing inflammation, pain and the formation of scar tissue.

It is the second most common gynecological condition in the UK, affecting around one in 10 women –taking an average of seven and a half years from onset of symptoms to get a diagnosis.

There is no cure, and many women rely on painkillers, hormonal contraception, or surgery to cut away the scar tissue. In more severe cases, the only option may be a full hysterectomy.

However, in recent years, many women have been turning to cannabidiol (CBD) to ease the painful symptoms – with considerable success.

How can it help?

Studies suggest that CBD can help in two ways; by reducing the cell multiplication in the first place and by easing the pain of symptoms.

It is thought that, in women suffering from endometriosis, the body isn’t equipped with the tools that would normally prevent the growth of aberrant cells and destroy them – a process known as apoptosis.

The endocannabinoid system is involved in apoptosis and stopping cell growth, as in cancer treatments. When certain cannabinoid receptors are activated (either by the body’s endocannabinoids or by plant-sourced THC, the psychoactive compound of cannabis), they can prevent cancer cells from multiplying.

Similar research has shown that activating these receptors inhibits endometriotic tissue from proliferating in mice.

Furthermore, research has shown that molecules like CBD can stop endometriotic cells from migrating, or growing back, by blocking the activation of the GPR18 receptor which increases cell multiplication.

On top of this, CBD is also noted as an effective painkiller for a number of conditions – endometriosis among them.

It works in two ways; through its famed anti-inflammatory properties, which carry fewer side effects than traditional NSAIDs, and by desensitising pain receptors around the body.

CB1 cannabinoid receptors help to mediate the pain from endometriosis and, according to a 2010 study, are also present in the cells that supply nerve impulses to the endometrial growth.

However, the endometrial cells of women with the condition have been found to have a lower expression of CB1 receptors, which means that activating the few that are expressed is even more important to help alleviate the pain associated with endometriosis.

While many women have found relief through CBD, more research is needed on exactly how it can help.

Other ways to help manage the condition include dietary changes; an anti-inflammatory diet rich in omega-3 fatty acids, fibre and antioxidants has found to be beneficial for some women.

Treatments such as acupuncture and meditation are also both effective tools for pain management, while some women have found success with a TENS machine or heat pads and hot water bottles.

Whichever you choose, CBD can provide a natural, non-addictive supplement to any of the above measures, although it’s always wise to seek medical advice before embarking on any new treatment.

What Curaleaf’s landmark EMMAC takeover means for cannabis in Europe