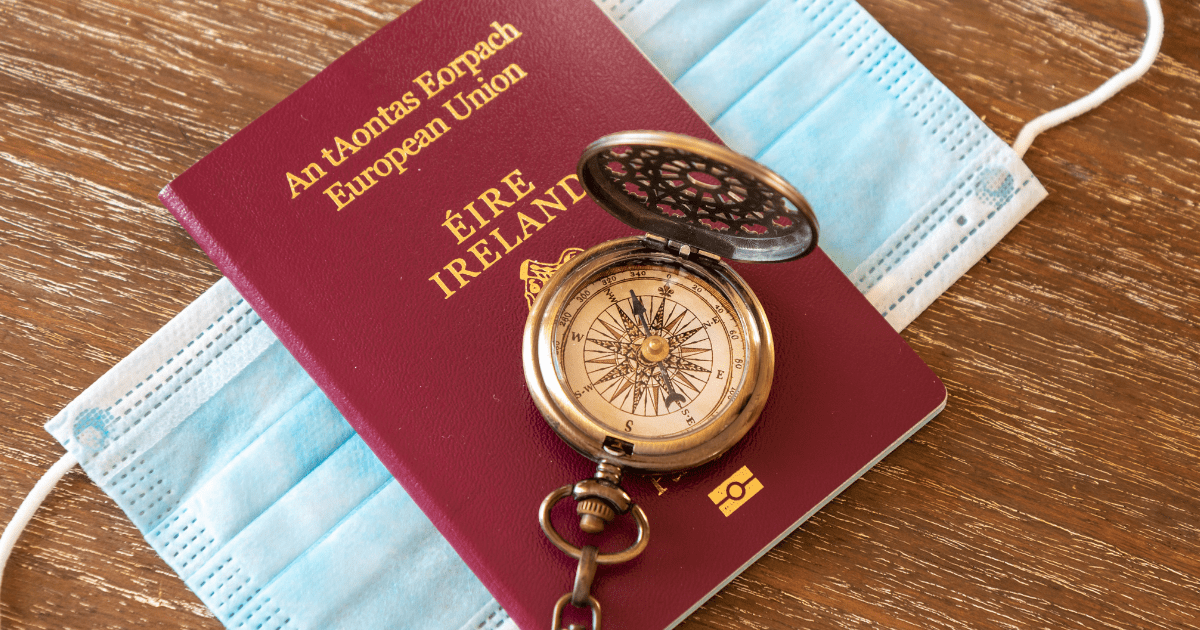 In a new series, Cannabis Health News talks to people who have experienced emigration in search of safe, legal cannabis access.

Previous stories have focused on the difficulty of packing your entire life into boxes and emigrating with your family to a new country for access. But there is more to Irish prohibition than patients and access, it’s the loss of local businesses moving abroad.

In our fourth instalment, we speak to yoga expert, Aoife McConnell about moving her life and yoga business, Puff Puff Pose to Spain.

Aoife left Ireland during the summer of 2021 so has only recently arrived in Granada. She packed her entire life into boxes to get better access to cannabis and also, set up a yoga studio with a difference. She runs the popular, Puff Puff Pose, cannabis yoga studio which encourages practitioners to combine relaxing yoga with cannabis. The studio went online during the pandemic but she hopes to be able to establish a physical space now that she has left Ireland.

Like most people in Ireland, her use started as recreational when she shared cannabis with friends. While she acknowledges the recreational side, she says she gets all the benefits of cannabis.

Prohibition in Ireland, and all over the world means that most people when they consume cannabis, often they have no idea what they are actually being given. Unlike legal states in America where someone can select what they need and know the THC or CBD content of a strain. Once Aoife became involved in the community, she realised how prohibition also stifles education about the plant.

Her use is mainly recreational however, while in Ireland she was forced to run her cannabis yoga business online or outdoors as it was illegal.

“In the last two or three years, I’ve become a lot more involved in the community of cannabis. Before then, I had no idea that were even strains of cannabis like Indica or Sativa. You were given what you were given. There is no source of understanding because there is no education around the whole thing. It could have been anything in a bag as we wouldn’t know the difference.”

She added: “When you realise they actually have completely different profiles or effects then that matters for someone who needs the plant for medicinal purposes. It matters how it’s grown, taken care of or what the product actually is. I think it was just teenage ignorance but I didn’t even think of the fact there was so much to it. You just take what you are given and like it.” 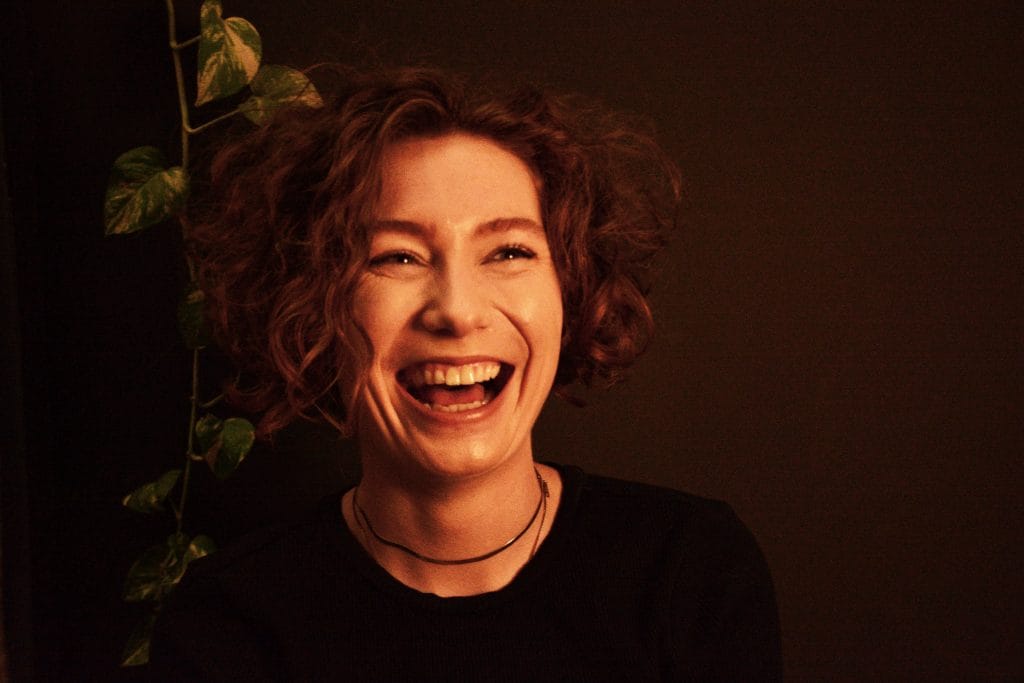 Prohibition meant her classes were unable to find a space despite their emphasis on wellness and relaxation. Aoife began to consider the longevity of her business especially as COVID rules relaxing meant people were starting to look for offline classes again. She realised it was time to leave Ireland.

“I’ve been doing my classes mostly online or outdoors because it’s unregulated or illegal. It’s hard to get into a space to facilitate those classes. I wondered where I could go in Europe that could facilitate those classes. The Netherlands are starting to pull back their laws a bit and get more strict, especially after COVID so you never know how they are going to react. Spain is moving in the opposite direction.”

The global cannabis industry is expected to reach $90.4 by 2026 thanks to the growing acceptance of cannabis consumption along with the medical side. This is everything from edibles to dispensaries to products. Ireland currently allows CBD and medical cannabis but the recreational side is still illegal. The current systems in place for medical cannabis are not functional with the MCAP program yet to even start despite being introduced in 2019.

It has been highlighted that the tax and profits raised by a legal recreational system could contribute to some of the financial problems experienced by the country. Legal systems in countries such as Atlanta Georgia, California and Massachusetts have proven to be successful. Sales in Massachusetts recently topped $2 billion which is almost double what the state reported in November 2020. Cannabis was legalised for adult use in late 2018.

While Spain has legalised the growth of up to two plants in your own home, there are still issues with the system. There have been reports of cannabis clubs, where it is legal to consume cannabis, being potentially closed. But for the meantime, a patient must sign to say they are addicted to cannabis and a resident before being allowed entry to one of the clubs.

“There are a lot of regulations around the clubs. You have to sign an affidavit to say you are addicted to cannabis and seeking out the club to facilitate your addiction. You have to say the club is not enticing you or advertising in any way. Most of them look like a door and you wouldn’t even know apart from the smell.”

Once you are inside, there is a loophole that allows this club to operate as cannabis is a ‘hobby.’ The illegal part is the buying and selling of the cannabis. I’m not sure where the government thinks they are getting this cannabis from. So I started to think that Spain was where I wanted to be.” 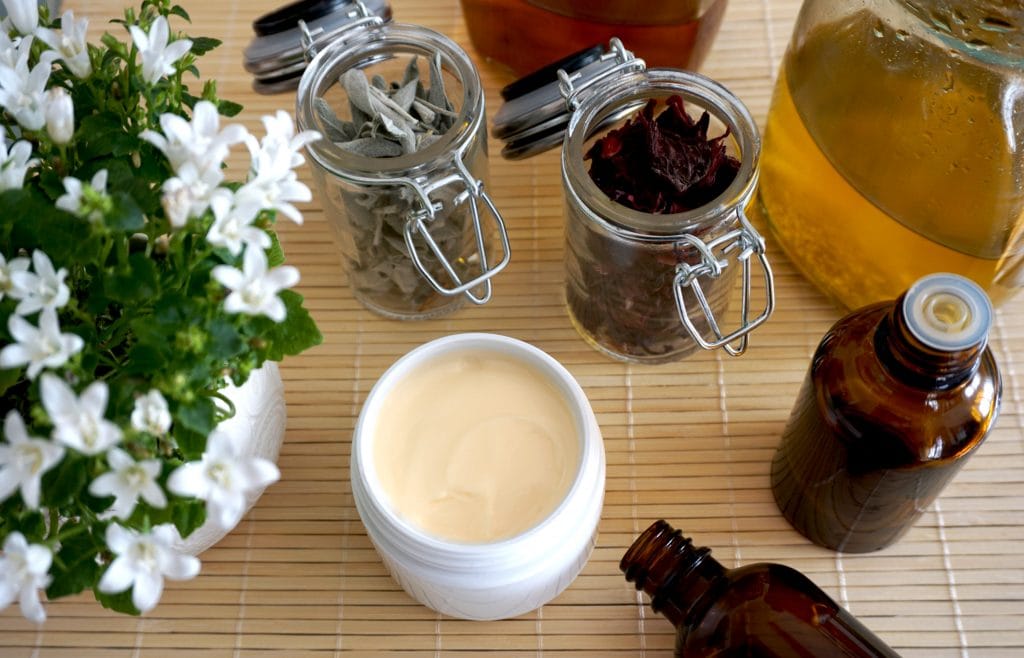 Deciding where to go in Spain was easy. Aoife had a friend based in Granada in the south so she chose to go there. She visited during the summer and fell in love with the architecture, history and feel of the city. She felt it was the perfect place to move the business. Aoife also teaches English online so her day job was perfectly suited to moving abroad.

“I quit my job and went on a tour of Europe. I’m still settling in here and learning the siesta way of life. But so far so good. There are a lot of experts here and everyone understands where I am coming from so they are very helpful.

Aoife highlights how the leap into the unknown is often the hardest part of emigration. She feels she has never been this self-sufficient. Her day starts with tutoring online to pay bills but she will be opening the yoga business soon. In an unusual move, Aoife’s previous experience was as an airline hostess.

“It’s exciting to be stepping out and owning my own business. I’m still terrified about it but also really excited. I used to work for an international airline, Emirates when I lived in Dubai. I travelled everywhere. I was always looking for a studio or thinking about building my own.”

“I struggled to make friends in yoga class especially when moving to a new city. In my classes, at the beginning, we always consume together then chat. I’ll always bring orange juice, kombucha and biscuits. We sit around for as long as people want. It’s a real community-building atmosphere.”

Aoife is proud to be Irish but explains the problems with the country mean she is not thinking about staying.

“I love the fact I’m Irish and that part of my personality. I would love for my kids to have that much Irish in them. I couldn’t afford to live there as we are being priced out of the country. I couldn’t afford the type of lifestyle I would like to have. It’s ridiculous. The fact that we didn’t have a green passport for so long. We’re the only country in the EU who weren’t ready when that was rolled out speaks volumes.”

Read our previous stories on emigration here: “I would tell people if they are thinking about it, to go as you’ll get better access.”