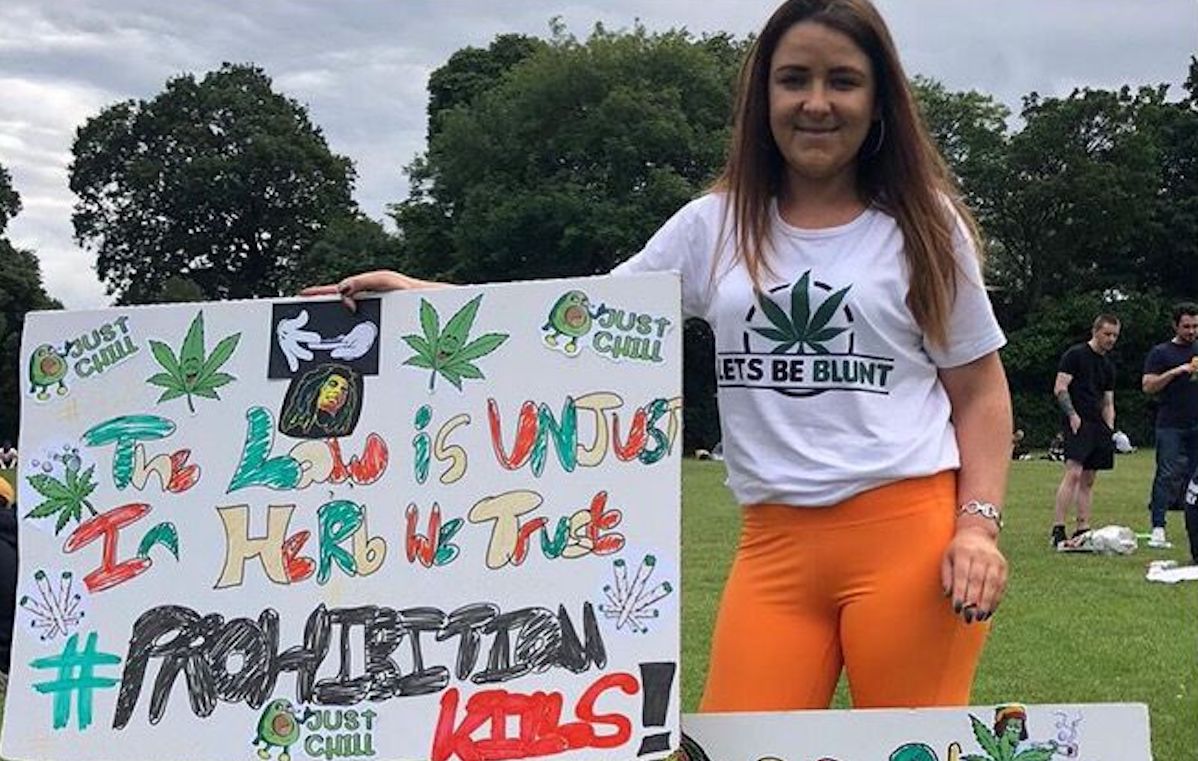 Campaigner and cannabis advocate, Aimee Brown, 29, from Ireland spoke to Cannabis Health about her journey with endometriosis and her struggles in obtaining the one thing that helps with her chronic pain.

Aimee got her first period when she was 11-years-old and within just a couple of months the bleeding became unbearably heavy.

“I needed my plastic sheets on top of tampons and pads and nothing seemed to stop the horrendous bleeding,” she told Cannabis Health.

Her mother didn’t recognise the symptoms as her three older sisters had not suffered with their periods the same way, so she took her daughter to the GP to find out more.

“She hadn’t got a clue what was going on with me,” says Aimee. “But thank God for her, she was the only one that believed me throughout the whole thing.”

For 10 years Aimee became a “hormonal guinea pig”, as doctors failed to diagnose her condition. They prescribed patches, pills, coils and injections but “nothing seemed to work”.

Finally, at the age of 21, a family member who was working in a maternity hospital in Dublin spoke to a consultant surgeon about what Aimee had been experiencing.

“He kindly offered to put me on his list for a diagnostic laparoscopy,” she says.

During the surgery the surgeon discovered spots of endometriosis and attempted to scrape them away.

Endometriosis is an inflammatory condition where cells similar to those lining the womb grow elsewhere in the body and react to changing hormones in the menstrual cycle.

They grow thicker in the middle of the cycle and then break away and start to bleed before being slowly reabsorbed by the body. The process can cause debilitating pain.

Aimee was relieved to at last know what was wrong, she describes: “All I knew was, I wasn’t crazy. I do have something wrong with me and this was absolutely wonderful.

“I was almost doing cartwheels out of the hospital because I was finally validated that it wasn’t all in my head.”

However, there is currently no known cure for endometriosis, so despite the surgery Aimee’s intense pain continued and she was referred to a specialist who three years later carried out a second surgery.

“I had no medication between those surgeries and she explained to me that that was like having asthma with no inhaler,” says Aimee.

“It was only then she explained that it’s a chronic disease and needed treatment. This was all news to me, I hadn’t got a clue.”

Sadly, the second surgery with the specialist did not reduce the pain, “if anything it started to get worse,”, she says Aimee.

After a third surgery, things got “horrendously worse” and Aimee was put on strong pain medication. On many days, she found herself unable to get out of bed.

In a desperate bid to find relief from her symptoms, Aimee started researching specialists who might be able to help her with her condition and found one in Romania.

She asked her specialist for a referral, but was denied and told instead to wait for the pain management clinic, but she had already been on the waiting list for three years.

“As they didn’t give me the referral for Romania, I lost out on the opportunity to get the Treatment Abroad Scheme which would have covered the entire cost,” she explains. 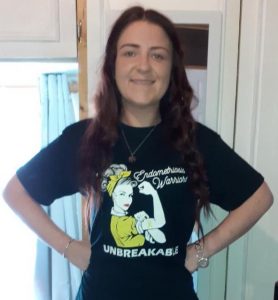 Instead, at the age of 27, Aimee borrowed €10,000 to fund her own trip abroad to Romania where she was given the care she had desperately sought.

During the operation the surgeon found that the endometriosis had spread to her diaphragm, ovaries, pelvis and more, and was able to remove the offending tissue.

While all the pain did not go away as “the damage had been done by then”, Aimee was able to regain some quality of life and her mental health improved greatly.

Having finally been seen and heard she felt empowered and gained self-confidence from the experience.

Read more: Living with endometriosis – how medical cannabis is dulling the pain

Aimee had used cannabis recreationally as a young woman, but had not considered its pain relieving effects until her mid 20s.

“I wasn’t intentionally medicating for a long time, I just thought that everybody felt better when they used cannabis,” she says.

Previously Aimee had been using alcohol to self-medicate because the pain was so severe, she told Cannabis Health: “If I got drunk, I didn’t feel it.”

But when she stopped drinking, she realised how helpful cannabis was in managing her pain, both for the endometriosis and adenomyosis, a condition in which the inner lining of the uterus breaks through the muscle wall.

“It reduces the inflammation and I’m not holding myself with the pain. I can actually sit back and let my body relax,” she says.

Aimee has come up against some barriers in obtaining cannabis legally, however, as she does not meet the criteria for a prescription through Ireland’s Medical Cannabis Access Programme (MCAP).

“It’s a social class issue,” she said, “because if you can afford to pay for it privately, then you’re good, but if you’re like me, you can’t.”

Aimee said the health service puts so much emphasis on reducing the excessive waiting times for diagnosis but little on pain management after diagnosis.

She is now taking a contraceptive pill to stop her periods, and medication to reduce some of the associated pain, but said her stomach reacts badly to many types of drugs.

“The one thing that helps me, which is cannabis, is demonised, stigmatised and criminalised,” she adds.

Aimee is studying social care at college and is glad to be able to speak up for those with endometriosis, give advice and share her experiences of the benefits of cannabis.

“I’ve had enough of being traumatised, stigmatised and demonised when the majority of the time criticism is coming from somebody who hasn’t got a clue what it’s like to live in my shoes,” she says.

As a “huge advocate”, she has an active following on social media, many who have thanked her for making them feel more seen and heard.

Aimee is now calling on the Irish health minister to add chronic pain and other conditions to the list of criteria for the government’s MCAP.

And her ultimate goal is to have cannabis removed from the Misuse of Drugs Act “because as long as it’s there… we don’t have any opportunity for research”.

Aimee also wants to educate people on endometriosis and “open their minds” about the “most aggressive benign disease there is”.

She says: “If they don’t have the condition themselves, the very least they can do is try and empathise or understand someone else’s reasoning for their choices and medication.”

“The UK is facing an endometriosis crisis” – could medical cannabis be the solution?