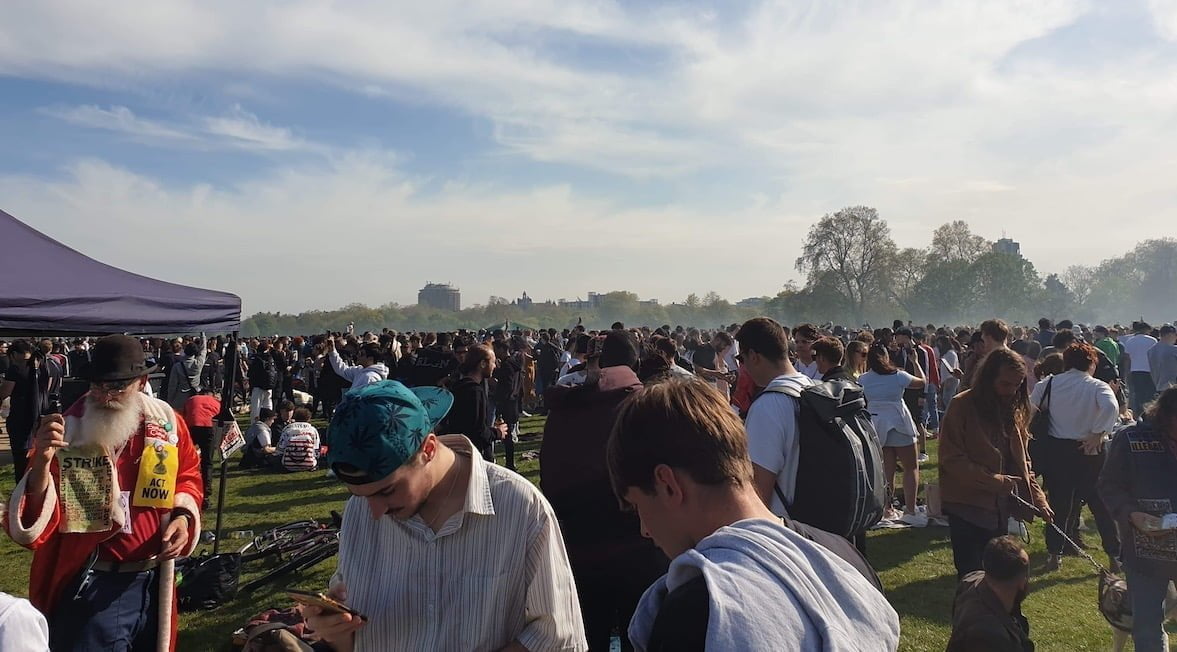 As thousands of cannabis consumers celebrated 4/20 this week, are these gatherings actually helping improve access for those who need it most?

This week saw thousands gather in Hyde Park in London and at events across the UK, to mark 4/20 – a day where people across the globe openly celebrate cannabis.

But coverage from the events has got people talking, and wondering whether the demonstrations of mass civil disobedience are actually doing much to change opinions and widen access to cannabis for those who need it most.

Although the origins of 4/20 – which takes place every year on 20th April – it is believed to have originated in the 1970s, from a group of California teenagers who would meet up to consume cannabis together at 4.20pm every afternoon. Now the phenomenon is marked globally, with events and protests held in many major cities.

Conversations have been taking place throughout the week around the highs and lows of 420, particularly as photos emerged in the mainstream media of those making the most of the opportunity to consume cannabis openly. 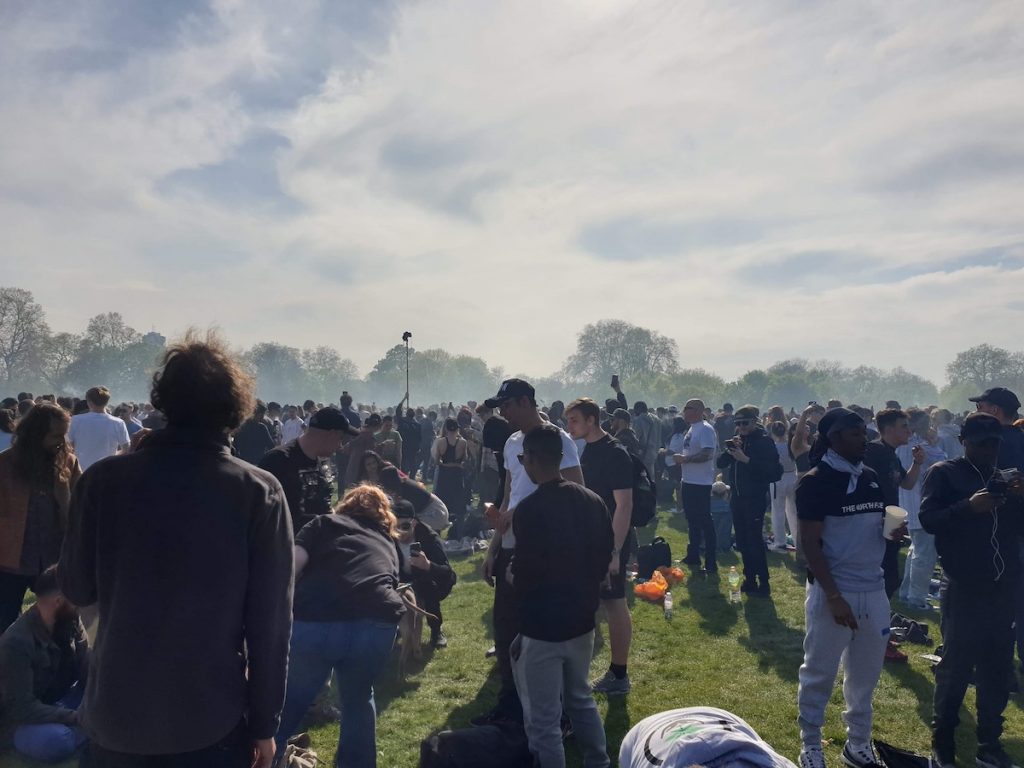 With medical cannabis legal in the UK – but access restricted to private prescriptions – many saw this year’s event as an opportunity to educate and inform the cannabis community and the general public of its potential health and wellbeing benefits, while pushing for wider access on the NHS.

But others feel that gatherings such as those in Hyde Park “perpetuate the stigma” that all cannabis consumers “just love getting high and acting stupid”.

Cannabis journalist Ruby Deevoy wrote on Twitter: “The sad truth is most people attending big gatherings like Hyde Park aren’t there to educate or push for reform.

“Most footage and photos I’ve seen (that will be used in papers too) is of young, rowdy guys, stoned out of their minds…I get they’re just having a laugh, but seriously, this is infuriating.

She added: “There are a huge number of people who use cannabis as a medicine. While it would be nice to be able to enjoy cannabis recreationally, it’s the people who need this potentially life saving medication who should always come first. I wish everyone who attended large 420 gatherings would educate themselves first.”

Hope you all had a lovely #420! Here are my 2cents that no one asked for:
I appreciate that 420 can act as a form of peaceful protest, with 1000s (millions, worldwide?) standing up to fight for their right to use cannabis, but it’s never going to be effective in actioning change

A need for education

Others pointed out that more organised events, with talks and educational content are needed.

Drug Science, the UK’s charity for drug reform, and the organisation behind Project Twenty21 – an observational study collecting evidence for the safety and efficacy of medical cannabis – was in Hyde Park on Wednesday, with a mission to provide just that. 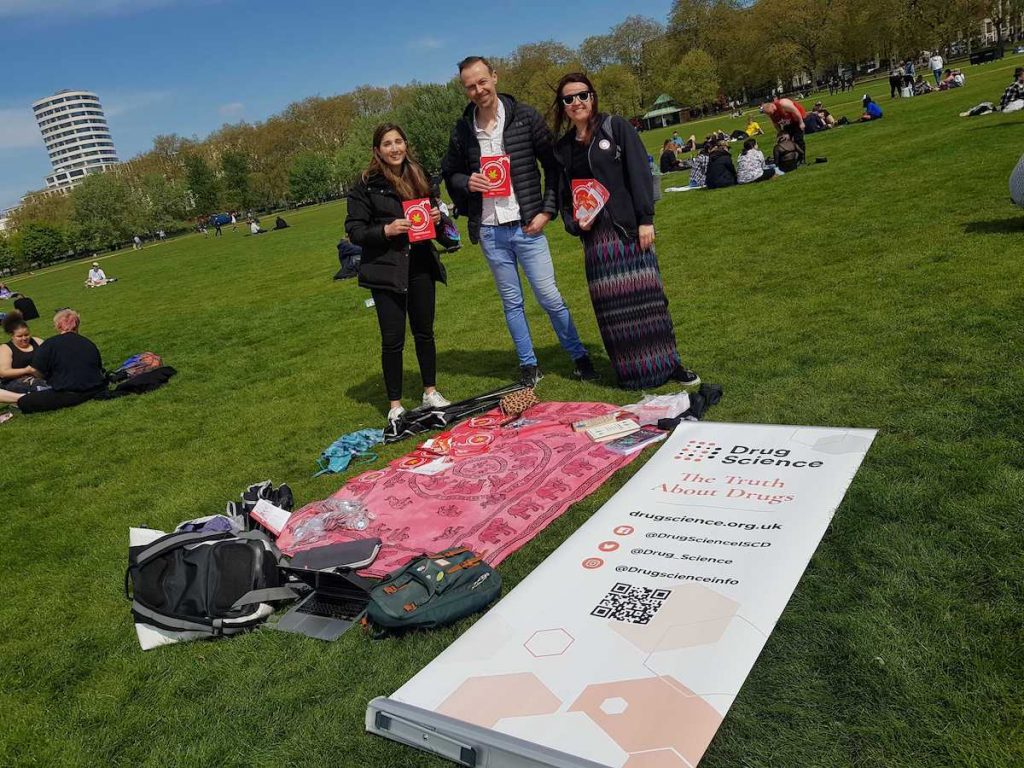 Mags Houston, head of T21, told Cannabis Health: “Drug Science decided to attend 4/20 this year to speak with people about medical cannabis and help raise awareness that it is legal, as so many so-called ‘recreational’ users who are actually using it to medicate remain unaware that cannabis is a legal medicine in the UK today.” 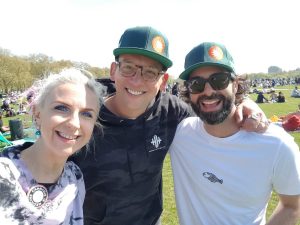 Alex Fraser, patient access lead at Grow Pharma, also says he spoke to many medical cannabis patients at the event who were not aware the treatment is legal on prescription in the UK.

“Hidden among the throngs of people, and often visibly indistinguishable from recreational users, were a plethora of medical patients. Many weren’t aware there is legal access to cannabis medicines in the UK,” he shared on social media afterwards.

“The looks of shock, surprise and often gratitude purely for sharing the information on how to access cannabis on prescription were the moments that made my day.

“With restrictions on marketing and promotion of controlled drugs, the industry relies on word-of-mouth to spread the word. This is just one of the reasons we see such a small number of patients with prescriptions three years after law change. Sadly there are many patients still unaware of legal access to cannabis medicines.”

The war would be over?

And despite being a longstanding campaigner for the decriminalisation of cannabis, Guy Coxall attended 420 Hyde Park for the first time this year.

He sums things up well in his belief, that if all those in attendance also got involved in advocating for access beyond 4/20 we’d have the “people power” to end the war on cannabis. 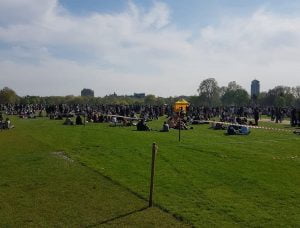 “What I loved was the organic nature of how the event came together, the diversity, strength in numbers and the mass civil disobedience even with over the top intimidation and inexcusable misuse of taxpayers money by the authorities,” he said.

“The only disappointment was the lack of understanding of how they can get involved outside of 4/20, how together we have the power to liberate this plant through education and people power.

Guy added: “I would love to see all of the people at Hyde Park and those who attended events throughout the UK come together in unity and stand for freedom, justice and our inalienable human rights to access this plant.

“If this were to happen, I believe the war would be over.”

Use the arrows to scroll through your photos from Hyde Park

Home » Advocacy » Celebrating cannabis – is 4/20 a help or a hindrance to the cause?
Related Topics:cannabis accessFeaturedMedical Cannabis
Up Next

What is 4/20 day and how will cannabis consumers be celebrating?