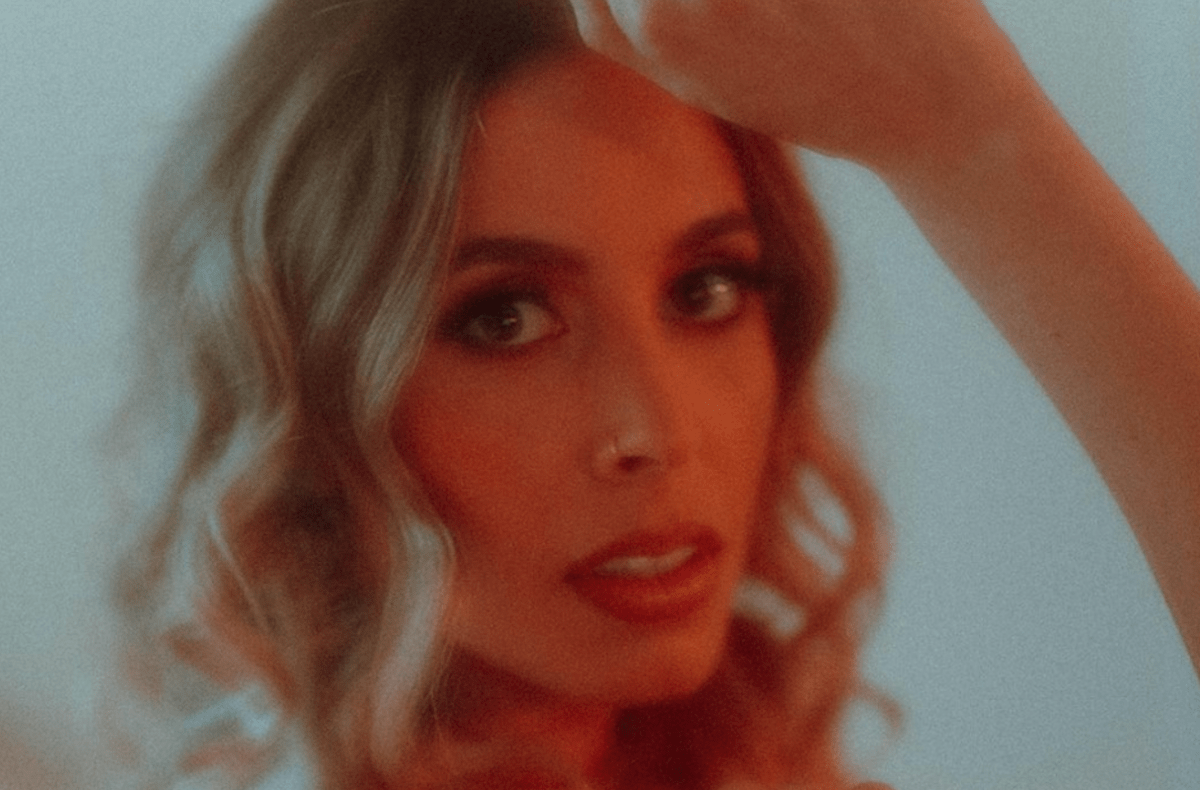 Lara Parker was diagnosed with endometriosis in 2013.

For Endometriosis Awareness Month, Cannabis Health caught up with LA author and editor Lara Parker about living with the condition and finding relief in cannabis.

When BuzzFeed editor Lara Parker opened up about living with endometriosis in an article in 2014, she learned that there was power in numbers.

She received the diagnosis less than a year before. But she had been battling excruciating cramps, painful sex and a raft of other debilitating – and unexplained – symptoms since her teens.

It took seven years for Lara to be diagnosed with endometriosis. If that seems like a long time, it’s not, relatively speaking. Seven and a half years is the average length of time it takes for a patient to be diagnosed, despite the fact that the condition affects one in ten and around 1.5 million women in the UK. 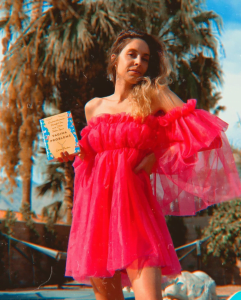 Since that first article Lara has become something of an icon for tens of thousands living with endometriosis and chronic illness – particularly women who feel silenced, disbelieved and let down by gender bias in the medical system. In 2020 her first book came out, aptly named Vagina Problems, chronicling her journey in an attempt to provide for others what she wished had been available to her.

But there’s another reason Lara’s 50,000 plus Instagram followers show up (apart from the steamy shots). She openly, unashamedly, shares the therapeutic effects that cannabis has on her symptoms and overall health and wellbeing.

Living in Los Angeles she has widespread access to legal cannabis, but has still faced stigma and hid it from her doctors initially.

Speaking to Cannabis Health, she reveals how the plant has changed her view of conventional medicine and helped her take control of her own health.

CH: Can you tell me a little bit about your current diagnoses and what the journey was like to get to this point?

Lara: My current diagnoses are endometriosis, adenomyosis, and overall pelvic floor dysfunction. It was a really long and difficult journey to receive these answers. I started experiencing severe symptoms that were disrupting my life when I was just a teenager — around 15 years old. It wasn’t until nearly six years later that I was given my first diagnosis of endometriosis after insisting that a doctor perform a laparoscopic surgery. Since then, it’s been a constant uphill battle to not only find doctors who are knowledgeable about these conditions, but who believed that I deserved relief.

CH: How is your health at the moment and how do your symptoms impact your day to day life?

Lara: My health is up and down. I had a second surgery in January of 2020 to treat my endometriosis and my appendix was removed during this procedure. In some ways, I notice a positive change in my health since the surgery, but in many other ways, I am still struggling.

I was put on an excessive amount of prescription drugs prior to the surgery and have spent the last eight plus months attempting to wean off of them. This has added so much stress and symptoms onto my life.

In the midst of COVID-19, I was living in the epicentre of the world for the virus for several months. I had to forgo getting care for my illnesses because of my fear of getting COVID and adding yet another health issue on top. The reality of the situation is that there is no cure for endometriosis. I am maybe better than I have been in the past, but I am still at the bottom of a mountain trying to climb my way to the top. 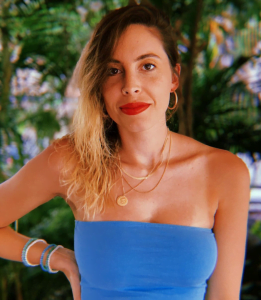 CH: How did you first discover the medicinal benefits of cannabis?

Lara: It was by accident, really. I just happened to be dating someone who enjoyed smoking cannabis and would do it fairly often. One day, I was having a horrific pain day when he suggested I try it out and see how I felt. The relief was immediate. I had never experienced anything like it before. After that I began to explore more. I went to dispensaries and asked them questions and I tested out any products that I could get my hands on.

CH: How has it improved things for you?

Lara: The better question would be how hasn’t it improved things for me? Cannabis has given me an appetite when absolutely nothing else has, it has given me an ability to orgasm in the midst of pelvic pain, it has helped my stress and anxiety levels in the midst of dealing with chronic illnesses, and has helped my pain levels like nothing else ever has. It’s hard to overstate the impact that cannabis has had on my life.

CH: Did you speak to your doctors about it and were they supportive?

Lara: At first, they were not. I was so excited to have found something that genuinely seemed to help me that I could not understand why my doctors weren’t feeling the same enthusiasm. I sort of stopped bringing it up and almost consumed it in secret for a while, but the more I experimented with it and the more it helped me, the more angry I became.

I eventually chose to stop seeing any of the doctors who were unsupportive of my cannabis use. Now, when I assemble a new team of doctors or visit a new one I am very firm. I use this plant. It helps me. If you have a problem with that or make condescending comments about it, I will walk and I will no longer be a patient of yours – and I will make sure no one in my circle is either. 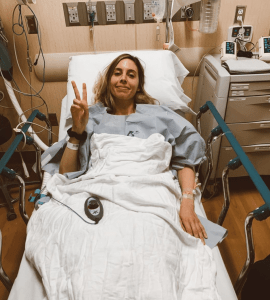 It’s past time for doctors to realise the medicinal benefits that can be found in this plant.

CH: Has it changed your opinion on pharmaceutical drugs and conventional medicine?

Lara: Yes, unequivocally. I was never a huge fan of ‘big pharma’ prior to discovering cannabis simply because it never really seemed to work for me. I was always left with an intense side effect or two which would then have to be treated with more pharmaceutical drugs. I was starting at a level of being in pain and felt like I just kept adding on layers and layers of other issues and it was extremely demoralising.

I support ‘big pharma’ if it works for you, it’s absolutely someone’s own personal choice. What bothers me, however, is that many people aren’t even allowed access to cannabis to even see if it could help them in place of pharmaceuticals. It’s quite disgusting, really and I hope I see it change in my lifetime.

CH: Living in LA where cannabis is easy to access, how does it make you feel that many other patients don’t have this?

Lara: It’s enraging. It’s mind-boggling that we have access to such an amazing plant and that others don’t simply because their elected officials don’t know how to read books and use their brains.

CH: You’re very open about your cannabis consumption, have you experienced stigma because of it?

Lara: Certainly, but not at a level that someone who was not white would, I am sure. I grew up in a very small, conservative town in the midwest and a lot of people there still associate cannabis with being some sort of murderer or dangerous person. This past weekend, actually, my parents received an anonymous note in the mail with a bunch of pictures of me smoking cannabis with the words “Are you proud?” written on each one. 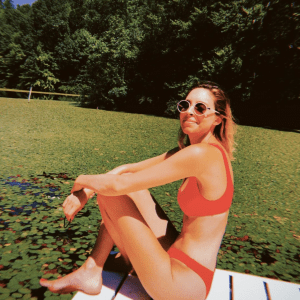 CH: As someone with a large following on social media, how do you deal with people offering unsolicited advice and telling you how to manage your own health?

Lara: I have had to learn how to set boundaries and stick to them. I have had so many people get angry with me simply because I say to them, ‘I didn’t ask for your medical advice, and I don’t want it’. But it’s been absolutely crucial for me to do so. It’s very difficult to be inundated with commentary on your body constantly. If I wanted advice or help, I would certainly ask for it.

CH: You’ve chosen to use your platform to help others, what impact does that have on you as a patient yourself?

Lara: It has given me the greatest gift of all; to know that I am not alone and that no matter where I am in my struggle, someone else is right there with me. There is power in numbers and I believe that our community is just getting started.

CH: What needs to change about how healthcare treats people with endometriosis and other invisible conditions?

Lara: So much, we need a complete rehaul of medicine. We need patient-forward care. We need holistic approaches. We need medicare for all. We need western doctors to drop the narcissism and admit that they actually don’t have all the answers, not even close.

CH: What is one thing you would like people to know about endometriosis?

Lara: It is a whole body disease that impacts every single part of someone’s life. It needs to be treated as such.

Can CBD help with PMS symptoms?