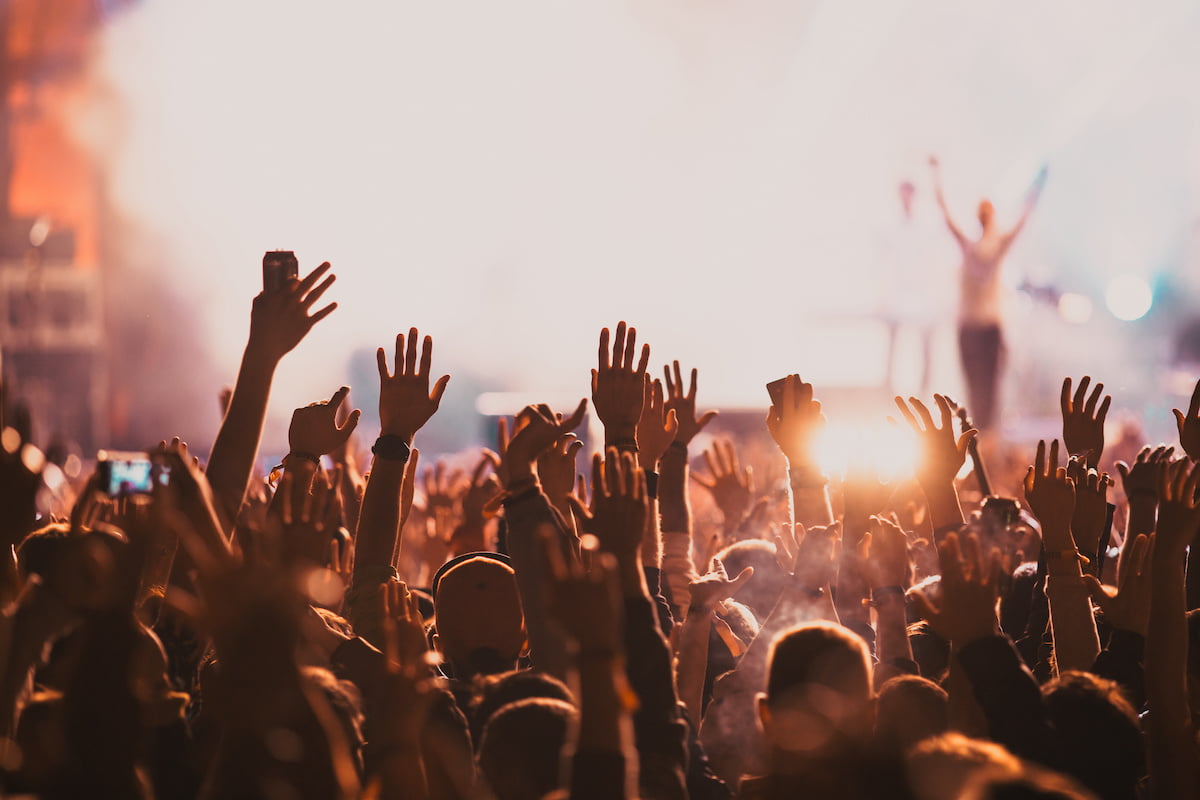 Advice has been shared for medical cannabis patients who may be at risk of facing discrimination at music festivals and events this summer.

A medical cannabis patient has warned others to be prepared if they plan on attending music festivals and events over the coming months.

Elliot*, who has been prescribed medical cannabis for symptoms of Crohn’s disease for around a year, says he was left “rattled” after being refused entry with his prescription to Wide Awake Festival in May.

He had emailed the festival in advance to inform them he would be attending with prescribed cannabis flower, which he consumes via a vaporiser, but had not received a response.

Despite not encountering any issues on the first day of the festival, while entering on day two he was questioned by a security guard and “dragged” out of the queue when he told him about his prescription.

“A dog sniffed me and the security guard asked if I had anything illegal on me.  I only had my vape pen and charger, I didn’t have tobacco or rolling papers or anything else,” Elliot said.

“He came at me aggressively, saying ‘there’s no such thing, you can’t get it prescribed’. He was just ignorant. I tried to get my phone out to show him and he just grabbed my arm and pulled it away from my pocket, saying ‘I don’t want to see it. If you say you have a prescription one more time I’ll throw you out’. He didn’t even want to see the evidence.”

He thought he had preempted any potential issues, having kept a copy of his prescription to hand and although he had emptied the flower into a smaller container, had taken a picture of it next to its original packaging.

Despite this he was prevented from entering the festival for almost an hour and a half while he was forced to explain his situation to security staff and police.

“They had no idea whatsoever about the legality of medical cannabis,” said Elliot.

“Once the initial security guard was removed from the situation there was an actual dialogue between me and the organisers.

“A plain clothes police officer came over and was making weird threats about how if he ‘found it on me on the street’ I would have to ‘work it out in court’. He just kept feigning ignorance, saying in his words, not mine, ‘I’m just a big hairy police officer. I don’t know any better’.

“But when it’s my freedom on the line, I’d rather the person who was making these dole threats understood the laws that they are about to enforce.”

The officer eventually left it up to the festival organisers to decide what course of action to take. Elliot was then made to leave his medicine outside the venue before he was granted entry.

Although he says he felt the outcome from the police and event organisers was “reasonable” and he has no hard feelings, he has chosen to speak out to warn other medical cannabis patients of his experience.

“I was very lucky to get out of that situation unscathed but it could have very easily gone the other way, especially with the first security guard,” said Elliot.

“I missed the two main bands that I was going to see at the festival, and for the rest of the day I was pretty rattled, just playing it over and over in my head.

“I was also worried about the impact on my girlfriend, who suffers from generalised anxiety disorder, as she was separated from from me and had no control over the situation.”

He added: “For me, it’s an inclusivity issue. Why should I be made to endure this, when a doctor has prescribed it for me and it’s legal? The stigma around it is the issue here, rather than anything else. You wouldn’t destroy my insulin if I was a diabetic patient.”

Elliot advised other patients to “be prepared” and “take every precaution”.

“Email the festival ahead of time, let them know that you’re coming with the medicine and keep it in its original packaging. If you get caught on the door, you need to have all of your documents ready,” he said.

“Security are targeting people bringing illegal drugs into the festival, but unfortunately we are loosely in that firing line as well.”

Unfortunately Elliot’s experience is not unique.

“At Seed our Future, we are being increasingly contacted by medical cannabis users who are being discriminated against because of their medication,” said Coxall.

“This is wholly unacceptable and in fact, illegal. You wouldn’t stop someone from using an asthma inhaler, an Epipen or an insulin injector, and the only reason this is happening is a lack of education.”

He continued: “We believe two things need to happen here; we need to educate those who are being discriminatory by giving them the opportunity to respond in the correct way and secondly, for those who choose to ignore the law, they need to be taken to a civil court for damages and/or publicly named and shamed.”

In an attempt to tackle the issue, Coxall has created a document (Medical Cannabis and Discrimination – What you need to know ) which may be helpful for cannabis patients should they experience difficulties attending organised events or in public places, where they wish to medicate.

It includes guidance for organisations on avoiding discrimination of medical cannabis patients, in line with the Equality Act 2010. Although patients should also bear in mind that this is just guidance and any incident will be dealt with on a case-by-case basis.

The group is also reaching out to festivals to make them aware the laws around medical cannabis.

Coxall said: “Of course, there are so many potential situations in which this discrimination can and does occur, we thought it best to put together a generic document that can be passed to the offending individual/organisation/event team to nip the discrimination in the bud, there and then.

“We are contacting as many festivals as possible. We hope that this will put many people’s minds at ease and give them the confidence to enjoy the festival season or anywhere else.”

He added: “Remember, you can use your medication wherever you need it, regardless of company policies/restrictions on vaping or ‘drug’ possession/use and if you are confronted, we would highly recommend you record the interaction. When using this document, we ask that you are polite and considerate to staff and the public.”

Cannabis Health reached out to Wide Awake festival for comment but did not receive a response.

*Elliot’s name has been changed

Medical cannabis patient, Jane Hinchliffe, was recently granted permission to consume her medication in her local pub, after explaining her situation to members of staff.

Although it is not against the law to vape inside, in most indoor venues it is prohibited and only permitted at the discretion of the premises, to be decided on a case by case basis. 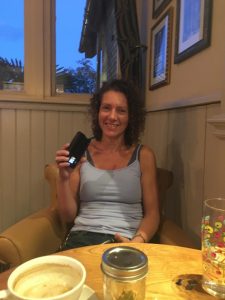 Having always gone outside to vaporise in the past, Jane showed staff at the Red Hawk in Brough the Seed Our Future document and informed them she may need to medicate after her meal. 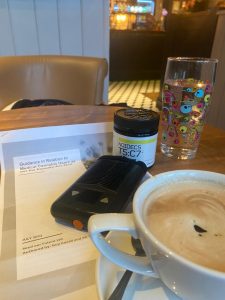 “I went to my local pub restaurant, where I sometimes go for a coffee or a bite to eat,” said Jane.

“In the past I have either not gone out at all or had to go outside and get cold in order to vape.

“This time, I ordered my food and then asked to speak to a senior member of staff was and I showed them the document and informed them I might be using my medication after the meal and they said it was fine. I’ll try again in other pubs soon.”

Can I consume medical cannabis at work?