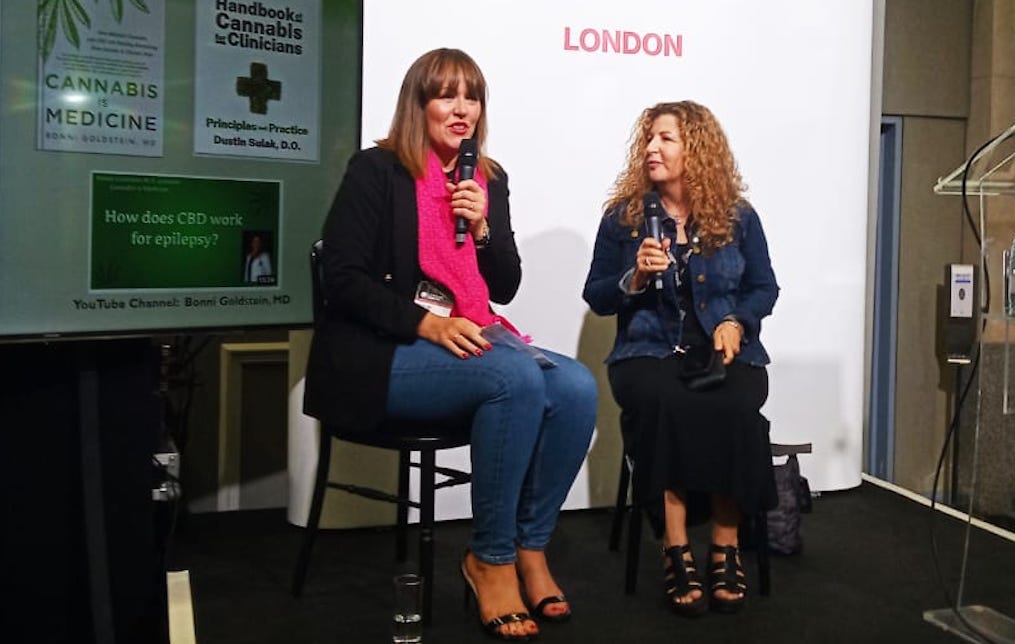 This article was originally published by Laura Ramos on CannaReporter.

Dr Bonni Goldstein, a world-leading paediatrician specialising in cannabinoid treatments, has spoken out about the need for better access to medical cannabis for children in the UK.

Speaking at Cannabis Europa in London on Wednesday 29 June, the Los Angeles doctor Goldstein spoke passionately about the potential of medical cannabis and the need for wider access.

She described it as “criminal” and inhumane” to deny children access when other treatments have failed.

“It may sound brutal,” she said. “But a dead child is not better than a child on cannabis.”

Goldstein was interviewed by campaigner, Hannah Deacon, mother of Alfie Dingley, who suffers from treatment-resistant epilepsy, and who became internationally known for her fight for him to access medical cannabis treatment.

Although medical cannabis has been legal in the UK since 2018, only three children have been able to obtain an NHS prescription.

And with no paediatric doctors currently prescribing privately for new patients, all roads to access have essentially been blocked.

Goldstein said: “It is criminal and inhumane to deny a child [access to cannabis] who is already trying a range of other medications that have not helped or have even made their condition worse, or made them dependent.

“Many of these children are taking benzodiazepines, which are additives and cannot be easily removed. And yet, they’re not helping them, so we’re actually causing damage.”

Asked about the practical results she has observed in her own patients, Goldstein mentioned the case of a child who said the word “mother” for the first time at the age of 12, following treatment with cannabis.

“What keeps me going is the families,” she said.

“When you have a father who sends you a video of his daughter – who was told she would never walk or talk – saying ‘mum’ for the first time at age 12.

“This is a girl with a genetic disorder who came to my office when she was 10-years-old and had more than 100 seizures per hour. She didn’t smile or make eye contact.”

Goldstein continued: “She responded very well to the treatment, she started talking and can now drink and eat alone and play games on the iPad.

“Despite the genetic disease that prevented her development, look how much she has improved her potential with medical cannabis.”

Goldstein has “more than 100 patients with these results”, sharing another case of a four-year-old boy, who was also non-verbal, who visited her in her office eight years ago, with his family in tears.

“He was taking a drug that had rabies as a side effect, the family was terrified, his mother and two grandmothers came to the office crying, and I suggested trying cannabis,” she explained.

“Eight and a half years later, this child has won awards at school for his good behaviour, he has learned to speak, write and do maths calculations.”

She added: “Don’t tell me cannabis is bad for the brain. His seizures improved, as well as his autism and other conditions as well. It may not be perfect, but what a change in his quality of life.” 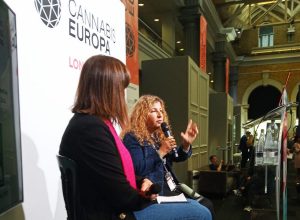 “I found that the combination between them works quite well. If we think about the entourage effect, many of the patients have an improved effect by combining them,” she said.

“CBG, for example, in about a third of patients who were non-verbal, started talking. In patients where CBD was not having the desired effect, adding a little THC or CBDA, or sometimes CBDV, which I started using recently [can be beneficial].”

Goldstein referenced a trial in Australia on five girls with Rett Syndrome, one form of autism and severe refractory epilepsy. Some of them were having around 300 seizures a month, but after using CBDV researchers observed a 79 per cent reduction in seizures.

They concluded that the cannabinoid was “safe and well-tolerated”.

“I defy anyone to find a study on medical cannabis that doesn’t say somewhere “safe and well-tolerated” – it doesn’t exist, I’ve read them all,” said Goldstein.

“What makes me frustrated with other doctors is that they are clinging to dubious studies from the 70’s and 80’s and not the ones that are being published now. Now we have long-term data from CBD, which is showing improvements in cognition, behaviour, and EEG. How can we ignore them?” 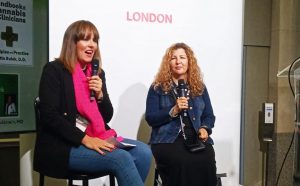 Listening to the parents

Deacon also questioned Goldstein about the fact that doctors often do not listen to the parents of children who are sick. It was this fact that inspired her to move to the Netherlands in search of better care for her son.

Goldstein said that to care for a child, as a doctor it was always important to collaborate with the parents.

“It’s sad that doctors don’t want to listen to parents,” she said.

“I have to rely on feedback from parents in order for the treatment to work. I try to collaborate and I see the relationship as a partnership, I don’t feel challenged or intimidated by a parent who might know more about a certain subject.”

Goldstein continued: “I only see a child in a small window of time, but you are with your child 24/7, you know them better than anyone.

“It’s really important that doctors start listening to parents, because these kids are suffering, and if we can’t help the most vulnerable in our society, what’s the point?”

As well as epilepsy, Goldstein treats children with other life-threatening conditions, including cancer, but the outcome isn’t always positive.

“Earlier this year I lost seven children with stage 4 cancers, who came to me too late. Could I have helped them? I don’t know, there wasn’t enough time to figure out how,” she said.

“This has become an existential issue, we aren’t here for long on this planet. What’s the point of holding on to these pharmaceutical paradigms when you can have the possibility to change a child’s quality of life and improve their existence with a plant?”

Bringing the audience to tears, she added:  “This may sound brutal, but it has to be said: a dead child is not better than a child using cannabis. This is not acceptable.”

Goldstein left some advice for parents who may be faced with a similar situation, suggesting that they look up resources and previous studies and speak to their doctor about them in a non-challenging way.

“I just want to say thank you, because that’s why I moved to Holland, because I didn’t want to bury my son and now he’s been seizure free for over two years,” she said.

“Without people like you we wouldn’t be where we are today.”

Home » Advocacy » Dr Bonni Goldstein: “A dead child is not better than a child on cannabis”
Related Topics:EpilepsyFeaturedMedical Cannabis
Up Next

Can I consume medical cannabis at work?