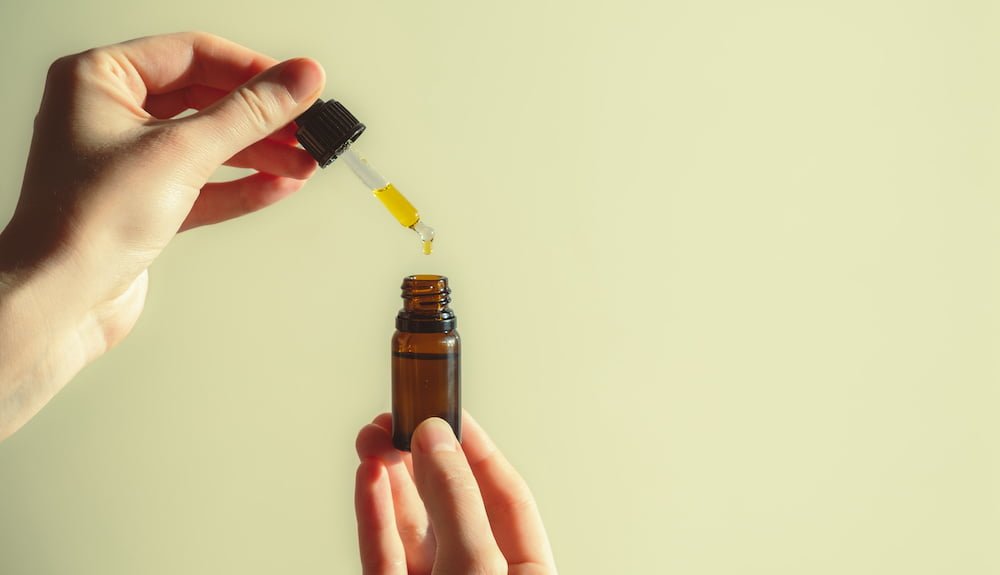 The amount of time that it takes for CBD to work and how long it stays in the body after dosing, can vary widely depending on a multitude of variables. Here’s everything you need to know.

According to recent research, CBD’s half-life – the time taken for the body to remove half of a substance – depends on how it is consumed.

The half-life of CBD is between 1.4 and 10.9 hours for a spray or drop, between two and five days after regular oral consumption and up to 31 hours after vaping.

There is no hard and fast rule as to how long CBD stays in your system but if you understand what is in the product and how it’s absorbed into the body, you should be able to work out a rough estimate.

What variables affect how long CBD stays in your system?

How long CBD stays in your system depends on a number of factors, including how you take it, how much you consume and how often.

Like all substances, CBD will stay longer in your system if you take a higher dose. Likewise, frequency of use also has a big impact.

CBD accumulates in the body over time so if you’re taking CBD every day, it will stay in your system for longer than if you use it only occasionally.

What you eat and when also has an impact. If you consume food after eating, it will take longer for CBD to reach its maximum concentration in the bloodstream, but it will usually hit a higher peak than if you consume CBD on an empty stomach.

How you take CBD makes a big difference

There are multiple ways of consuming CBD products, from ingestible capsules to topical creams.

CBD can be ingested, vaped, applied topically or swallowed as a pill or capsule. The most common route of administration is sublingual oils and tinctures. The CBD oil is placed under the tongue and is absorbed into the bloodstream via tissues under the tongue.

Compared to CBD consumed orally, sublingual oils are fast-acting and the effects last for longer than vaping. This is because edible CBD products must pass through the digestive system and into the liver before being absorbed.

This can take upwards of an hour and a lot of the CBD tends to be eaten up in the body’s digestive tract before it enters the bloodstream.

READ MORE: How to get the most out of your CBD

How long does it take for CBD to take effect?

Tomas Biroscik, the founder of a leading UK-based CBD company Hemp Point, says 30 to 45 minutes is around average depending on how you take the supplement.

Vaping is among the quickest routes of administration with most people reporting that they feel the effects within minutes. This is because the CBD is absorbed into the bloodstream directly from the lungs.

Ingestible CBD such as capsules and gummies will take much longer (30 minutes to two hours) to kick in due to its long route through the digestive system.

When taken sublingually, CBD has a similar onset time to vaping as the oil is able to rapidly enter the bloodstream through the glands found under the tongue.

How the ingredients in your CBD oil also come into play

According to Tomas, products containing CBDa – the predecessor of CBD found in the cannabis plant – produce a more prolonged effect because the bioavailability of CBDa vs CBD is greater, meaning it could be metabolised faster and with less effort. At Hemp Point, Tomas keeps up to 50 per cent CBDa in some of his products.

Tomas said the same applies to other cannabinoids such as CBN and THC Delta 9 (currently illegal in the UK). CBN is produced by the oxidation of THC Delta 9 so the two compounds have comparable effects. While CBN is only around 10 per cent as powerful as THC Delta 9, its effects are thought to last longer.

Tomas added: “You get a different effect, almost milder but longer and much more enhanced. I actually now prefer well balanced cannabidiol oil with some CBN in it.”

Home » Cannabis explained » CBD » How long does it take for CBD to work?
Related Topics:CBDCBD brandsCBD education
Up Next

How to choose a CBD product you can trust

Where does CBD oil actually come from?