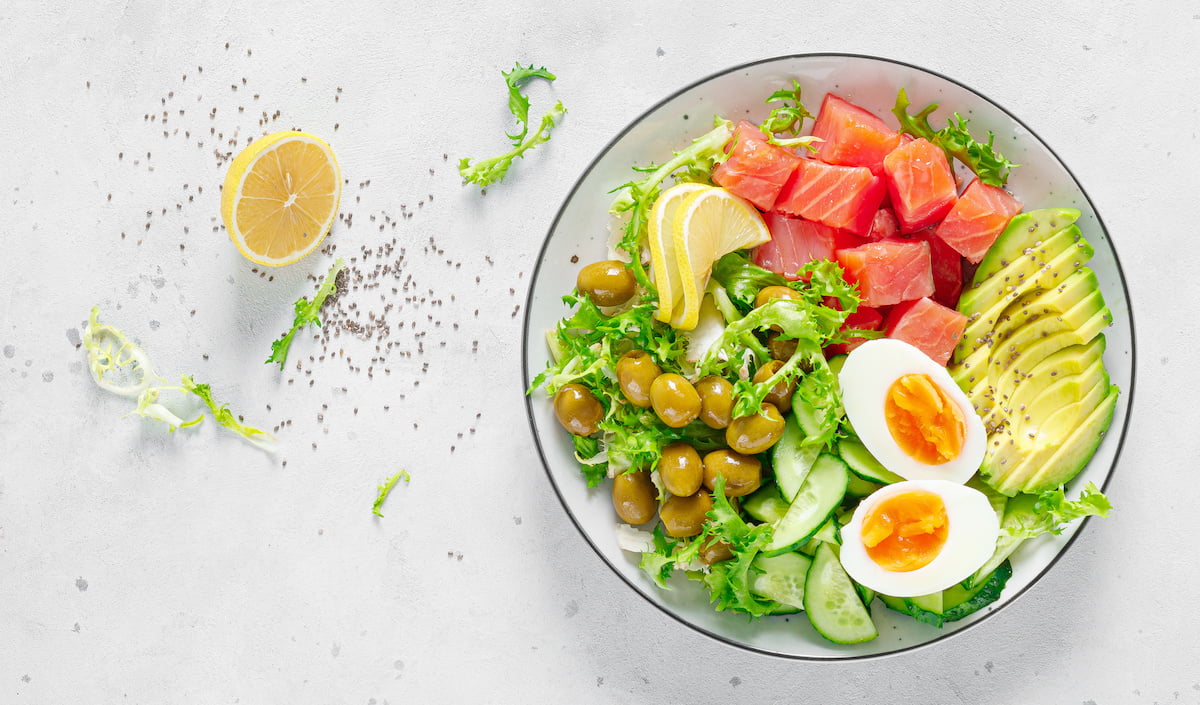 Did you know that how you choose to take your CBD – and even what you eat beforehand – can dramatically impact the onset and duration of its effects?

CBD comes in all shapes and sizes, from oils and tinctures to vape pens and gummies. How you consume the supplement can make a big difference in how it works in the body, which can be confusing for those who are new to it.

Vaping CBD leads to a quicker onset as the compound is absorbed into the bloodstream straight from the lungs. However, compared to ingesting CBD, the effects last for a shorter period of time – usually less than a few hours.

CBD taken sublingually, or under the tongue, absorbs into the bloodstream through mucous membranes in the mouth which similarly bypass the digestive system.

When ingested, CBD is metabolised in the liver which means the effects can only be felt after up to two hours. The complex digestive process can also lead to much of the compound being chewed up in the gut.

The majority of products you will see on the shelves are oil soluble. As CBD dissolves particularly well in oil (AKA lipophilic), it’s cheaper and generally requires less time, money and expertise to produce.

The issue with a lipophilic molecule like CBD, however, is that it does not absorb well in the digestive tract, resulting in only a small proportion of the molecule reaching the bloodstream.

CBD is also highly metabolised so very little of the CBD in the product survives the journey through the gut.

Hemp Point is one of the leading CBD companies in Europe, producing a wide range of CBD products including a water-soluble formulation. A water-soluble emulsifier like Hemp Point’s differs from oils, in that it can mostly bypass the digestive system, leading to greater uptake in the bloodstream.

The process of producing a product like this is called nano-emulsification. CBD is dissolved in a carrier oil before being blended with emulsifiers. This is then added to water and mixed further to produce an emulsion.

A high-pressure emulsifier is used to create very small droplets (~250 nm) which are stable over long periods of time and can be dissolved into water and other drinks like coffee or tea.

READ MORE:CBN, CBC and CBDa – the cannabinoids to have on your radar

A 2019 study found that eating a fatty meal before consuming CBD can significantly boost its absorption rate. The study compared epilepsy patients who were taking 99 per cent pure CBD after fasting and after a high-fat breakfast.

The amount of CBD that wound up in the body was four times higher after a fatty meal than after fasting. At maximum levels, CBD concentration in the blood was up to 14 times higher.

The authors of the study concluded: “The type of food can make a large difference in the amount of CBD that gets absorbed into the body.

“Although fatty foods can increase the absorption of CBD, it can also increase the variability, as not all meals contain the same amount of fat.”

Hemp Point’s founder Tomas Biroscik believes his company’s product is best consumed alongside a glass of full-fat milk to boost the absorption rate and ensure consumers are getting the most out of their product.

“When you put anything through the digestive tract, it has to take time to work through the system and different foods get priority over others,” Tomas explained.

“CBD is better consumed with fatty acid molecules so it is digested together. Rather than being on its own, it’s glued to other foods.”

The company uses a bespoke extraction method to avoid harsh chemical solvents like propane or butane and each batch is sent to an independent lab for testing, to ensure the levels of cannabinoids are consistent and the CBD is free of the compounds which have been filtered out.

Find out more at www.hemppointcbd.co.uk/

Home » Lifestyle » Wellness » How to get the most out of your CBD
Related Topics:CBDCBD brandsFeatured
Up Next

Everything you need to know about the ‘entourage effect’