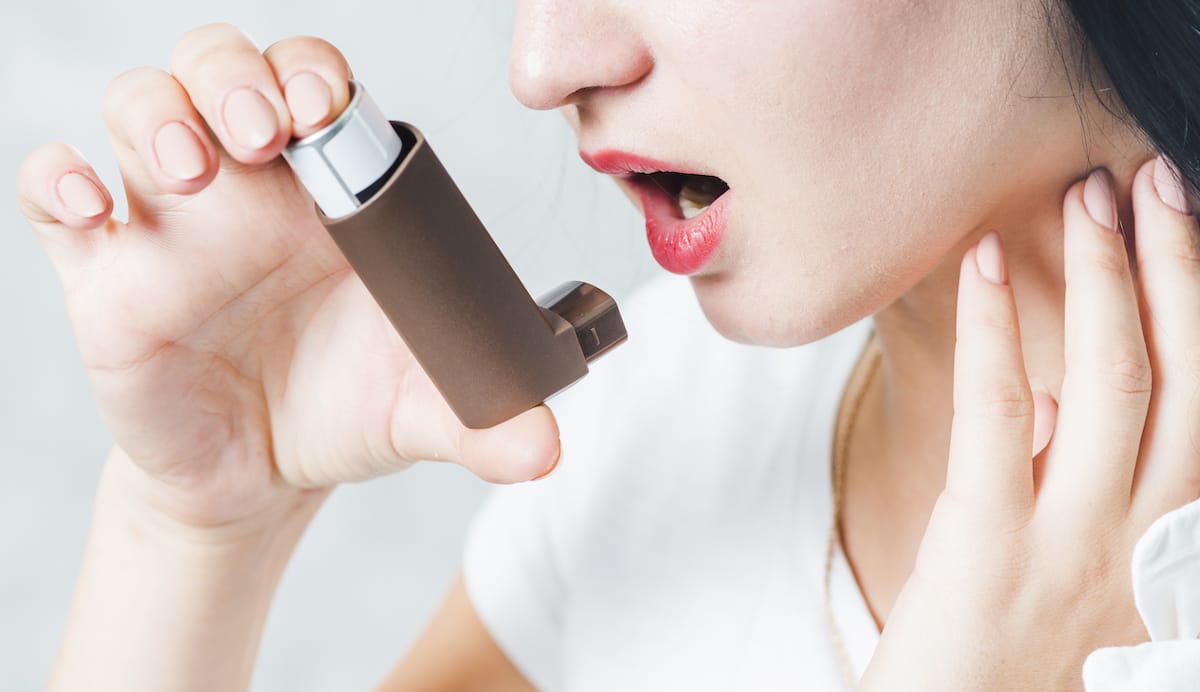 A new survey has highlighted the need to find “safer” routes of consumption, as over half of uncontrolled asthma patients were found to smoke cannabis.

As the legalisation of medical and recreational cannabis grows, so does the importance that doctors discuss with patients the effects of cannabis on those with asthma, researchers in the US have warned.

A new survey published in Annals of Allergy, Asthma and Immunology, shows that of those who consumed cannabis, around half smoked it while a third vaped – both “inhalation routes” likely to affect the lungs.

“It surprised me that over half of the cannabis users in this study who have asthma were smoking it,” said Joanna Zeiger, PhD, principal investigator for the study.

“And further, of those with uncontrolled asthma, half reported smoking cannabis. We also found that people with asthma are not routinely being asked or advised by their physician about cannabis and how they are consuming it.”

Eighty-eight (18 percent) of the 489 adults with allergy/asthma who completed the survey reported current cannabis use.

The majority of those responding were younger than 50 years, female, and white.

Among non-cannabis users, 2.5 percent reported an allergy to cannabis and two-thirds of current cannabis consumers did so for medical or medical and recreational purposes.

The anonymous survey, conducted in collaboration with Allergy & Asthma Network, was of those 18 years and older and looked at cannabis knowledge, attitudes, and patterns of use.

“Strikingly, among current cannabis users, only about 40 percent report having their physicians inquire about cannabis use, and about the same number of patients want to discuss cannabis with their physicians,” says allergist William Silvers, MD, study co-author, ACAAI member and expert on cannabis allergy.

“In order to more completely manage their allergy/asthma patients, allergists should increase their knowledge about cannabis and inquire about cannabis use including types of cannabinoid, route of use, reasons for use, and adverse effects.”

Dr Silvers adds: “As with cigarette smoking, efforts should be made to reduce smoking of cannabis, and recommend other potentially safer routes such as edibles and sublingual tinctures.”

Many patients claim inhalation methods are more effective for relieving their symptoms, with a growing body of research looking at the effects of inhaling cannabis flower on pain relief.

A recent study, by the Dana Farber Cancer Institute and the Centres for Disease Control and Prevention in the US, found that cannabis smoke was less harmful than tobacco, but still raised levels of potentially harmful chemicals in the body.

According to the asthma survey, positive effects of cannabis use, including reduced pain, calm and improved sleep, were reported significantly more frequently than adverse effects (e.g cough, increased appetite, anxiety).

However about 20 percent of survey respondents reported coughing, which was significantly related to smoking cannabis.

Almost 60 percent of cannabis consumers in the survey reported current asthma, of whom 40 percent were uncontrolled by the Asthma Control Test.

Dr Zeiger adds: “We look forward to future studies of larger, more diverse cohorts to better explore more deeply the effect of cannabis use on asthma and other allergic disorders.”

What are the side effects of CBD?

Cannabis Health readers have their say on CBD