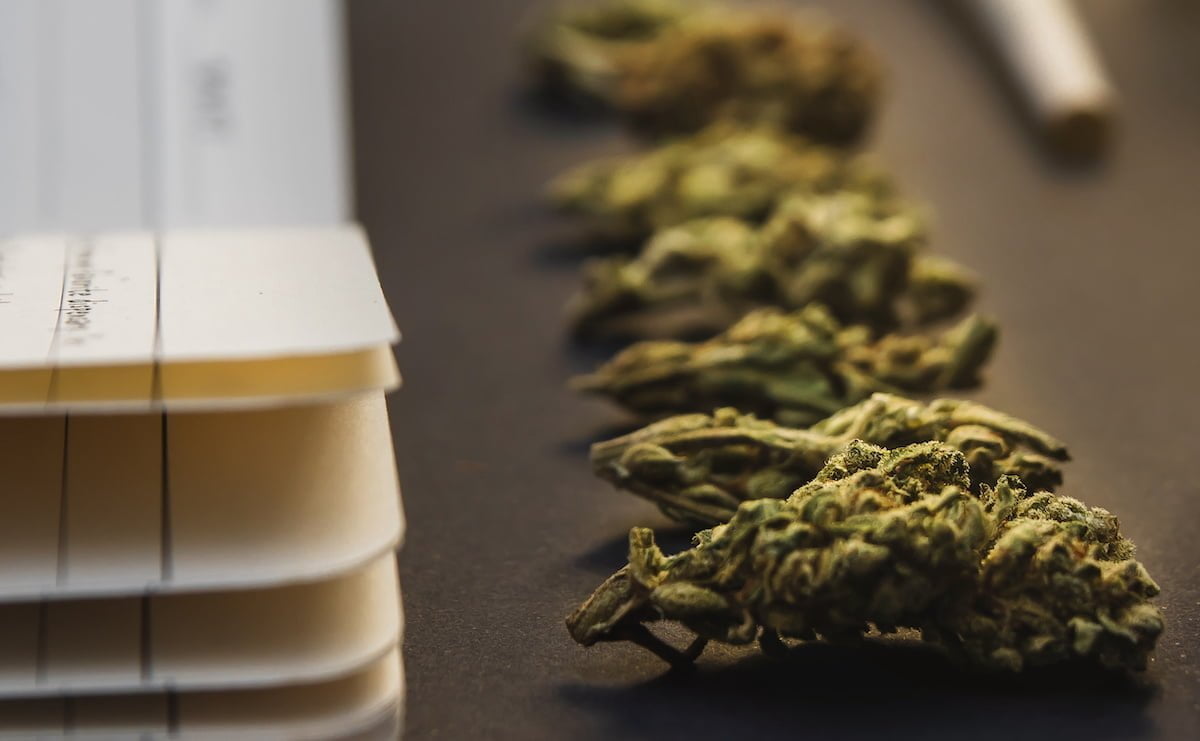 The concentration of THC in cannabis has increased significantly over the last 50 years.

A new study into the health effects of high-THC cannabis has highlighted the need for a regulated market, say some experts.

Researchers from the Addiction and Mental Health Group at the University of Bath systematically analysed the relationship between the types of cannabis people use and their addiction and mental health problems.

Drawing on 20 studies, involving almost 120,000 people, as the potency of cannabis products has increased internationally over the years, so have rates of people being treated for cannabis addiction, according to the authors.

Experts say the study has highlighted the harm caused by prohibition, with co-author of the paper, Dr Tom Freeman, telling Cannabis Health that regulation “could improve the situation”.

Cannabis potency refers to the concentration of THC, the key psychoactive compound in the plant.

Previous studies from the same researchers, have found that the concentration of THC in cannabis has increased significantly over the last 50 years, up by 14 per cent from 1970 to 2017.

Dr Freeman explained that this is due to a variety of factors, including the development of more “innovative efforts” to enhance THC content during production, such as separating the male and female parts of the plant, using UV light and indoor growing, as well as more advanced extraction methods and developments in genetics and breeding.

The new study, published in The Lancet Psychiatry, suggests that people who use high-potency cannabis are more likely to experience addiction than those using low-potency products.

It also suggests that people using high potency cannabis are more likely to experience a psychotic disorder, such as schizophrenia.

However, the evidence around the association of cannabis with mental health conditions such as anxiety and depression was less clear cut.

“One of the things that we were interested in is harm reduction and whether we could find evidence for differential health effects according to the potency of the product,” Dr Freeman explained.

“Based on the studies, we found the two outcomes most consistent were psychosis and addiction. For both of those outcomes there was a consistent finding that people who use the high potency products have a strong association with addiction and psychosis.

“What this implies is that choosing lower potency products is a viable method for harm reduction and should be encouraged for those who do wish to consume cannabis.”

An argument for regulation

Based on these results, the authors argue that public health guidelines and policies to help make cannabis use safer should be encouraged.

​​They point out that strategies to make cannabis use safer could inform how the drug is regulated in the UK and internationally.

While recreational cannabis use remains illegal in the UK, cannabis products are now legally sold for recreational use in countries including Canada, Uruguay, and parts of the USA.

Several other countries appear set to follow this trend, including Germany.

In the UK, the Liberal Democrats have argued that a legal regulated market could make cannabis use safer by enforcing a limit on the potency of cannabis products, and investing the revenue and savings from this into education and treatment for cannabis problems.

Dr Freeman continued: “What we know is that cannabis has become less safe over the past 60 years with an illegal market, so that system isn’t entirely effective at protecting people.

“A legal, regulated market, has the potential to make cannabis safer if done in a very different way that reduces the potency, which was one of the proposals from the Liberal Democrats, by setting a cap on THC concentrations and taxing according to THC content.

“Whether or not it would be effective, we don’t really know, but certainly regulation does give more opportunity for control and in theory, it could improve the situation.”

But he added: “At the same time, in legal markets such as Washington state, some producers have been able to produce high THC concentrations that we’ve never seen before. This could happen both in illegal and legal markets, and it might be a mixture of factors, as well as consumer preference to some extent, although we do know that the very highest THC concentration products don’t tend to be the ones that people enjoy using.”

Katya Kowalski, head of operations at UK drug reform agency, Volteface, said the study addressed the “elephant in the room” when it comes to the potential risks of cannabis. But she believes “sensible regulation” is necessary in mitigating these.

“The key point to take away from this is the fact that prohibition has skyrocketed the dangers of cannabis,” Kalowski told Cannabis Health.

“The fact that THC potency has increased massively over the last few decades is a direct result of prohibition, because the goal of the illicit market is to get people to continue to buy stronger and stronger products to achieve that psychoactive effect.

“There needs to be an open and honest conversation about the fact that no drug use is without harm, even taking into consideration the medical and lifestyle benefits of cannabis.

“As advocates we need to acknowledge the mental health argument because it is a concern and not everyone should use cannabis, particularly those people who might be predisposed to psychosis, for example.”

She added: “Of course, not everyone who consumes high potency cannabis will end up having mental health problems or psychotic episodes, but this study highlights the issues with prohibition that could feasibly be addressed with sensible regulation, where we could have warning labels, education on the risks and sensible limits.”

Where does medical cannabis factor in this?

This study was focusing on recreational cannabis use across all age groups, which is different to cannabis products which have been regulated and prescribed by a doctor.

Many patients who use cannabis medicinally may find higher levels of THC more beneficial for symptom management. However, there is still a lack of scientific data on the long-term effects of medicinal cannabis use.

“While we have some evidence from epidemiological studies, we don’t really know much about people using cannabis for medical use,” Dr Freeman said.

“The advice to avoid high potency products may not necessarily translate to a medical cannabis consumer, it would be more about following the recommended dose and being aware of possible adverse events.

“Depending on the indication and the product being prescribed, if THC is the active ingredient which is helping them with symptom relief, then higher THC content could be a good thing.”

He added: “It’s important to note that the same drug can have different effects according to the context and it might not carry the same level of concern, but it’s certainly something to be aware of that cannabis can become addictive.”

Medical cannabis in the mainstream – five headlines to catch-up on