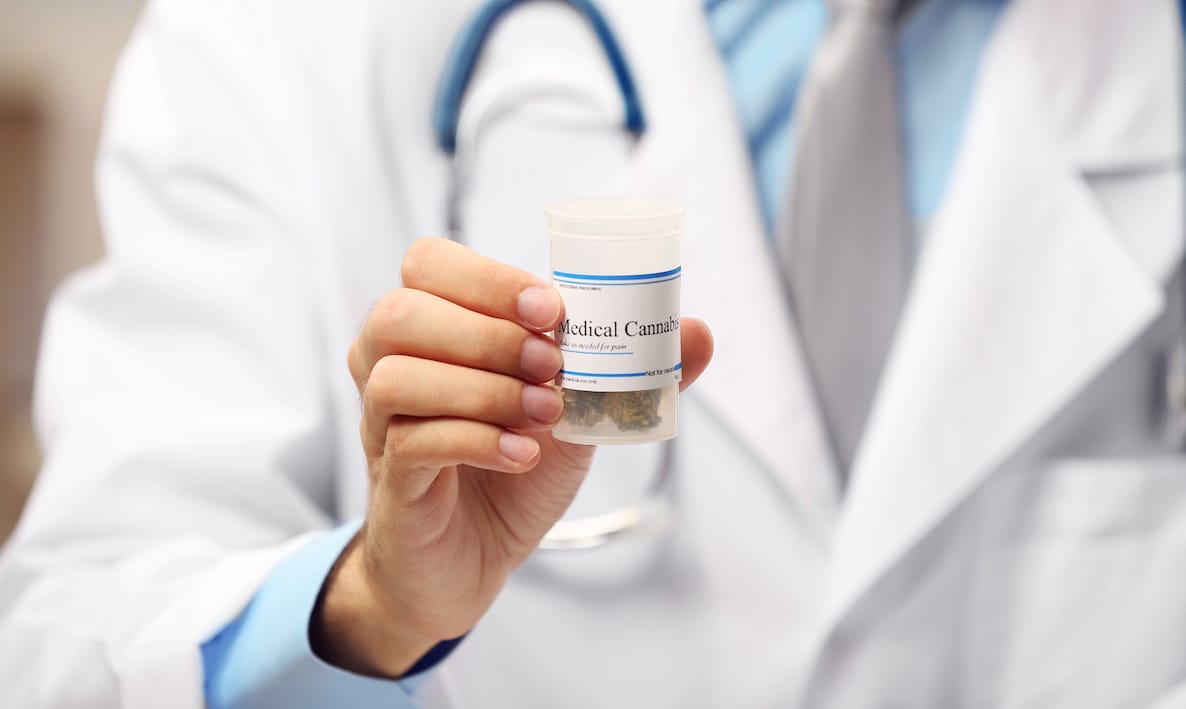 Medicann, which opened on Guernsey in September, has seen a surge of patients sign up, as many look to move from UK clinics.

Over 500 patients have joined Guernsey’s first medical cannabis clinic, Medicann, which opened on the island in September 2021, according to its CEO.

Medical cannabis was legalised in Guernsey in 2019 but due to a lack of clinicians patients had no choice but to access the treatment through clinics in the UK.

Many patients have now moved to seek care locally, after the Health and Social Care Committee recently announced a £25 import fee for patients who receive medical cannabis from pharmacies in the UK.

The requirement is expected to come into force in early 2022 and will be used to help cover the costs of issuing licenses, officials said.

Medicann has been established on the neighbouring isle of Jersey for over a year, having treated thousands of patients with medical cannabis for a range of conditions.

It now hopes to offer an alternative solution for Guernsey patients, many of whom have faced long delays to their prescriptions and shortages of products in clinics in the UK.

“We’ve been operating in Jersey for over a year and the vast majority of UK patients have moved to us,” Medicann CEO, Gary Whipp, told Cannabis Health.

“We’re seeing a similar pattern in Guernsey, we’ve been open for a few months and already have in the region of 500 patients, with a lot of those moving from the UK.

He added: “People tell us that they’d rather deal with a local clinic, because they’re sick of paying for products and not receiving them on time, with some reporting waiting up to 12 weeks to get their medication.”

Rick Park, a medical cannabis patient who is based on the island, who has been accessing his medication from a UK pharmacy for six month, described the process as “slow, unorganised and frustrating”.

“The process has improved, but still has a long way to go,” he said.

Mr Whipp agreed that some of the clinics have not been “patient-focused” so far.

“When you see what this medication can do for people, how it improves their lives and then all of a sudden patients are told, actually you can’t have it. It just wouldn’t happen in normal medicine.

“To leave patients without medication is disgusting. There’s no patient centric ethos in a lot of the clinics, unfortunately.”

Medicann, which has a team of specialists on board, including for pain, psychiatry and spasticity, says it is working “closely” with producers and official bodies, to ensure it has sufficient stock to avoid shortages.

“We are working closely with the government, the pharmacists and the medical directors to ensure that we have sufficient stock to make sure that the patients can have a repeat prescription,” said Mr Whipp.

“Of course certain crops might have problems or may be over or under spec, but we have sufficient bandwidth between our clinics to make sure that the patients are kept with their medication.”

Gaz Barbe, who recently moved to Medicann, says having access to a local clinic has allowed him more “freedom” when it comes to finding the right medication for him.

“The majority of people that I know who are taking medicinal cannabis have moved to the local clinic, purely because of the ease,” he said.

“If I suddenly need extra, if I’ve gone through a stressful month, or I need to change strain, and I can justify it, all I have to do is alter my repeat prescription. They agree to it within about five days, and then I pick it up two days later – it can be done in seven days.

“Whereas if I wanted to get it from a UK clinic, that’s at least seven days to do the import licence, then another seven days to do the export, and another three or four to get it shipped. You have to know  a month in advance that you might need a bit more and that’s really awkward. Being with Medicann allows me that freedom.”

Related Topics:cannabis clinicsFeaturedindustryMedical Cannabis
Up Next

Cannabis legalisation in Germany – what will it mean for the country?