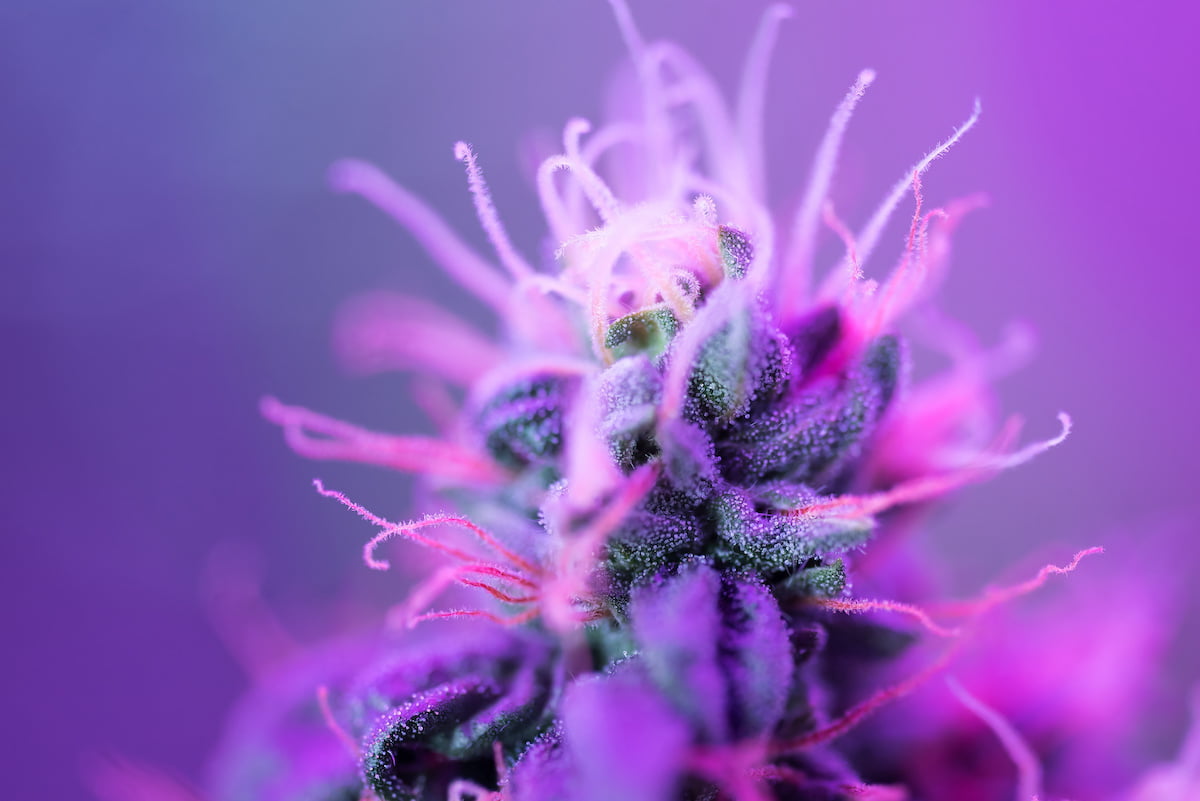 You might have heard the term ‘scromiting’ in relation to cannabis consumption – but what does it actually mean, and should you be concerned about it?

If you hadn’t heard of the term ‘scromiting’ before, you probably have now, thanks to a high profile Daily Mail article this weekend and its subsequent Twitter uproar.

Scromiting – or ‘scream vomiting’, a term used to describe intense nausea and violent vomiting that is so painful it can cause patients scream – is a symptom of cannabinoid hyperemesis syndrome (CHS).

CHS is a rare condition characterised by repeated and extreme bouts of vomiting, which in some cases can lead to severe dehydration.

While ‘scromiting’ has been described as a ‘nickname’ for CHS, not everyone with the condition will experience it.

It is just one of a range of symptoms, including recurrent nausea, abdominal pain, sweating, dehydration, fluctuations in body temperature and weight loss.

The first phase of symptoms can last for weeks, months or years and may include early morning nausea, abdominal pain and a fear of vomiting.

These will then progress to ongoing nausea, repeated episodes of vomiting, pain, reduced food intake, weight loss and dehydration.

The recovery phase will begin once you stop using cannabis. Symptoms will usually ease after a day or two – but not in all cases – and they are likely to return if you try consuming cannabis again.

What do we know about it?

Not a great deal is known about CHS, which was only first described in 2004.

Some sources report that it affects only 0.1 per cent of people, but it is becoming increasingly common as more countries and US states legalise adult-use of cannabis.

It is believed to be most commonly diagnosed in young adults – aged 18-29 – but can affect people of any age.

It usually occurs among recreational cannabis users, with symptoms often beginning after chronic daily intake for approximately five years – although they can begin sooner.

Cannabis use among CHS patients has generally been described as ‘heavy’, but it can be difficult to quantify what is considered a high dose. There is also little evidence to date to suggest the condition is caused by cannabis containing higher levels of THC.

In terms of causes, initial studies suggest that the active compounds in cannabis, such as THC, are the main triggers of CHS.

How is it diagnosed?

Many conditions can cause vomiting and doctors must rule out all other possible causes before a CHS diagnosis can be considered. Even then, it is often confused with cyclic vomiting syndrome (CVS), which presents very similarly.

A lack of awareness and stigma attached to CHS and. cannabis use in general, also means that the doctor and the patient themselves may not even be aware of the condition.

It is usually only officially diagnosed if an improvement is seen after ceasing consumption.

How is it treated?

There is no cure for CHS, it is simply a case of managing symptoms and NHS guidance states that in order to fully recover, you will need to stop consuming cannabis altogether.

In some extreme cases sufferers may need to be admitted to hospital as a result of vomiting and dehydration.

There are several methods currently being tested to manage CHS, such as conventional antiemetics which are commonly used in acute care settings, although the jury is still out on how effective these are.

A 2019 study found that four patients with suspected CHS experienced relief after administration of benzodiazepines.

What research is there on CHS?

Scientific evidence on the condition is still very much in its infancy, but more is being done as cannabis consumption becomes more widely accepted in society.

The majority of research to date has focused on the link between CHS and chronic cannabis use, with some studies investigating the effectiveness of potential treatments.

The patients answered a questionnaire addressing onset of symptoms, treatment, quality of life, employment, and ability to return to social activities.

When patients with CHS were compared with the patients with classic ‘CVS’, there was no significant difference in the baseline demographics and disease characteristics apart from the chronic daily use of cannabis.

Should I be concerned about CHS?

CHS is a very real condition and it’s important to be aware of the potential risks when consuming any drug or medication.

However it is also worth remembering that it does only affect a small number of people.

Those with an anti-cannabis agenda often use the condition as a scaremongering tactic and as an argument as to why access to cannabis should be restricted.

Alice Moon, a CHS patient and researcher, who has worked in the cannabis industry in the US for over a decade, called this out in a Twitter thread on Monday 4 July.

There's a lot of talk about cannabinoid hyperemesis syndrome in the media lately so let's get the facts straight.

She said: “Scromiting is a real part of cannabinoid hyperemesis syndrome. Not everyone with CHS will scream while they vomit but some may. It’s intense and scary. Talking about it should remain factual and educational and not be used to fearmonger, even though it is a frightening thing.

Home » Health » What is ‘scromiting’ and cannabinoid hyperemesis syndrome?
Related Topics:cannabis healthCHSFeatured
Up Next