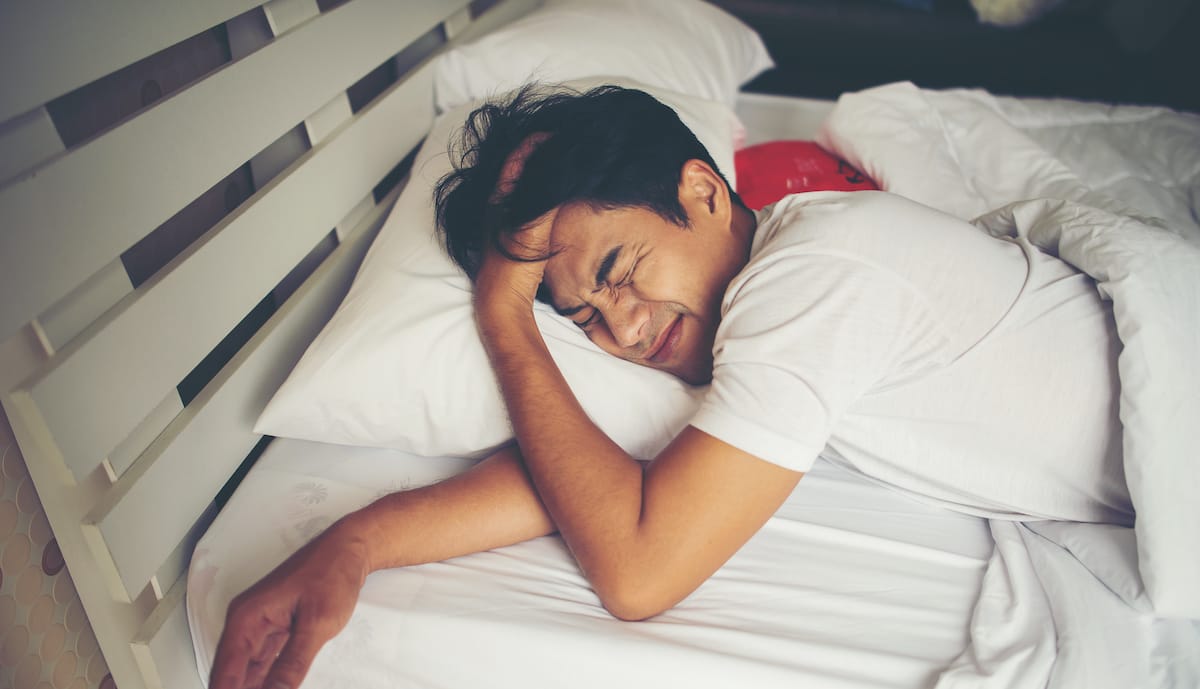 More than a third of UK adults don’t get the recommended amount of sleep (and that was before the pandemic) but many have found CBD helps them drift off.

According to the sleep council, 38 per cent of the UK recommend a comfortable bed as their top sleep tip, but amongst other answers such as switching off gadgets, avoiding alcohol and caffeine and using meditation or mindfulness, was there an option missing?

The National Sleep Foundation recommends that adults should get between seven and nine hours sleep per night. However, according to a study from The Guardian, 35 percent of adults in the UK sleep for fewer than the minimum seven hours.

As a solution used by people across the world to treat depression, anxiety and chronic pain, CBD is now becoming increasingly popular as a treatment for insomnia and other sleep-related issues.

While many have turned to herbal and pharmaceutical remedies to relieve restless and disturbed sleep – as well as no sleep at all – the effect of cannabis on sleeping patterns remains an underdeveloped area of research however it is gaining momentum.

One study from 2019, showed that cortisol levels reduced significantly in participants who took between 300 and 600 mg of CBD oil.

Another 2019 study of 103 participants with anxiety or poor sleep found that a higher dose was needed to improve their ability to fall and stay asleep. After a month on a 25mg dosage of CBD oil, 66.7 percent of patients said their sleep had improved.

It still remains unclear if CBD has a direct impact on sleeping patterns, however, its ability to reduce anxiety and pain, which are all common causes of insomnia, is more widely researched and accepted amongst the academic community.

There are a variety of ways CBD can be taken to aid sleep, with an array of products to choose from.

Oils and tinctures, pills, capsules and edibles such as gummies are often considered a direct route and offer a range of strengths and tastes, however vaping is considered to be the method that gets the CBD into your system faster – albeit posing more general respiratory risks.

The Food Standards Agency (FSA) – which is responsible for regulating CBD as a novel food – recommends that healthy adults take no more than 70mg a day, unless under medical direction. This equates to roughly 28 drops of five percent CBD. This guidance is based on recent findings by the UK government’s Committee on Toxicity (COT).

Each individual may also have different CBD sensitivity, impacted by factors such as weight, height and metabolism speed. In tandem, the way people take CBD will be different, for example some may take CBD multiple times throughout the day and others just once in the evening.

Suffering from restless or disturbed sleep and insomnia is not something that can be cured quickly or with one solution, especially as this may be caused by an array of factors.

Ensuring caffeine and alcohol are avoided, creating a dark space, exercising regularly and keeping a sleep diary will all help to ensure sleep comes easier and stays longer.

Could this smart device help consumers find the perfect dose?