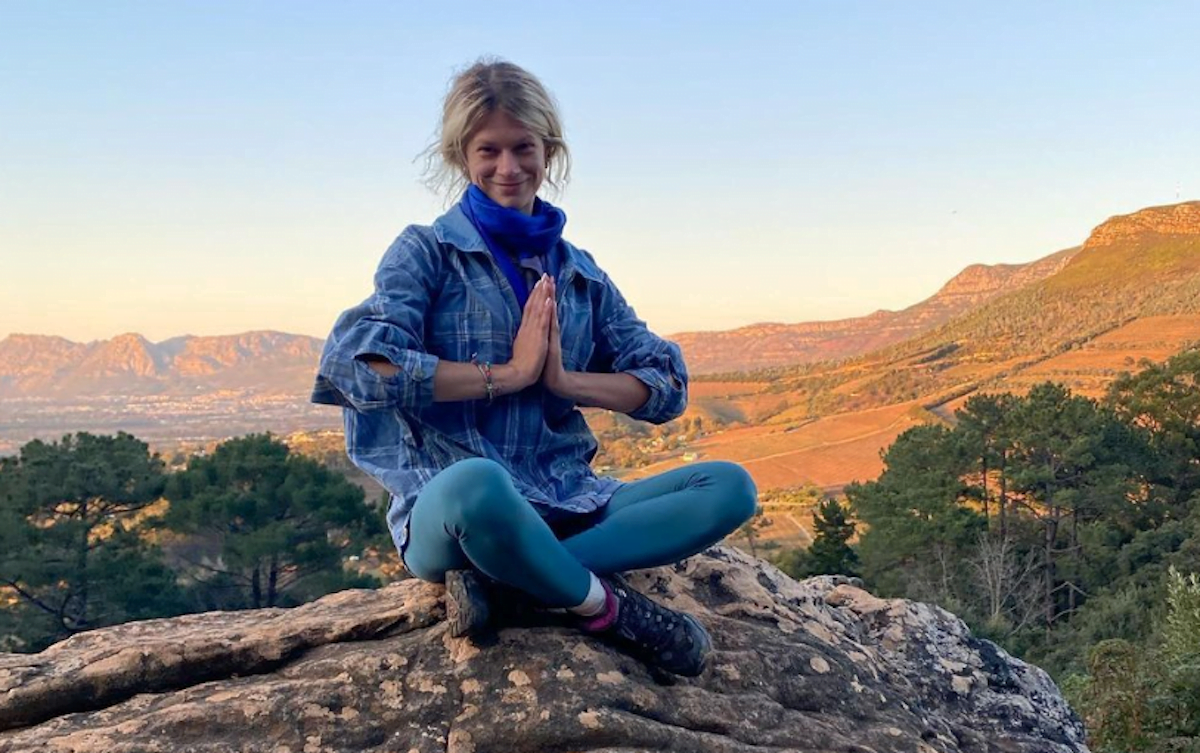 Endometriosis patient, Ellie Wootton, reveals how medical cannabis and daily yoga practice, has allowed her to take control of her own health for the first time.

Having sailed for Great Britain between the ages of 10 and 17, when Ellie Wootton began experiencing symptoms of endometriosis, the impact on her life was huge.

Like many others with the condition her journey to being diagnosed was not straightforward, with multiple surgeries and misdiagnoses along the way.

Ellie, now 22, began to experience severe pelvic pain at university in 2018. At first, she ignored it, passing it off as period pain. But eventually, she found herself in hospital after suffering from a “violent” bout of sickness.

She initially thought she was experiencing appendicitis, but after a series of examinations, her doctors explained that the pain and sickness were caused by something else.

It would take almost another two years and a life-threatening operation before she would know for sure what that cause was.

The impact of waiting lists

Gynaecology waiting times are notoriously long in the UK and have been particularly impacted by the pandemic.

Earlier this year, the Royal College of Obstetricians and Gynaecology revealed shocking statistics about the physical and mental impact on the 570,000 women who are facing prolonged waits for appointments, diagnoses and treatments.

Four-fifths of women said their mental health had worsened due to the long waits, 61 per cent said they felt despair and 63 per cent felt ignored by health services.

The combination of lockdowns and increasingly long waiting lists meant Ellie went a year and half before her first laparoscopy – a procedure which is used to diagnose endometriosis.

Following surgery, the consultant doctor told her there was “absolutely nothing wrong” with her, but later called back to tell her they had discovered a blockage in her lower intestine, which turned out to be her appendix.

Facing a potentially life-threatening issue, Ellie went into surgery again to have her appendix removed.

Only then was a specialist gynaecologist brought in to determine whether she had endometriosis. 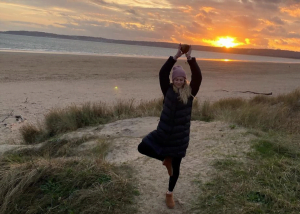 Following her diagnosis, she was given four possible options.

Take the contraceptive pill, take hormone injections or try to get pregnant. She could also. consider a hysterectomy – despite the fact that there is no strong evidence to suggest this cures symptoms in the long term.

“I was told that I could have the pill, which is something I’ve been on before, but as I have an oestrogen imbalance, which is what endometriosis is caused by, that really wouldn’t help with my mental health at all,” Ellie said.

“Then they said, I could either get pregnant or try hormone injections, which I didn’t even want to think about because that could cause early induction of menopause. Longer term, I might be able to get a hysterectomy – and those were my options really.”

Ellie instead chose to take a “more natural approach”, using cannabis, natural herbs and mushrooms and yoga to manage her symptoms.

She tried cannabis for the first time before her diagnosis after a friend suggested she give it a go to ease her pelvic pain. Ellie said she was “gobsmacked” by the impact.

Now, the plant plays a major role in health and wellbeing.

“It becomes very obvious very quickly when I’m not using my medicine just by how ill I am. After even a day [without it], my symptoms are unbearable,” Ellie said.

“Beforehand, I would say I was quite judgmental; I incorrectly classified it as a drug. I really misunderstood its medicinal potential.

“It’s an anti-inflammatory and I personally don’t think, even now having spoken to several nurses on a personal level, that my appendix would have survived the amount of time I did if I hadn’t been using cannabis.” 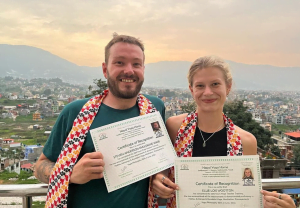 And since practising yoga daily, having recently completed her teaching training in Nepal, Ellie says she has been “astounded” at the changes in her symptoms and “connection” she feels with cannabis.

“I truly believe the combination of the two have the power to help heal endometriosis,” she added.

Ellie initially sourced cannabis from the illicit market, having no idea that it could be legally prescribed. It was her Dad who discovered The Medical Cannabis Clinics, one of the UK’s leading private prescribers.

Having been told by doctors for years beforehand that there was nothing wrong with her, Ellie said she had never been listened to like she was in her first appointment at the clinic.

“The doctors we have at The Medical Cannabis Clinics are so understanding,” she said.

“I’ve had a lot of appointments with a lot of doctors and I have never been listened to in the way my doctor at the clinic did. She wants to make sure we get the right prescription so that I feel creative and I’m able to work in the right way, but my pain is still covered.

Ellie added: “I don’t think I’m an anomaly in that I’ve been called ‘crazy’ [in the past]. There are a lot of women who are gaslighted within healthcare and I think it’s very empowering to know that this is a place which is safe and you’ll be heard.” 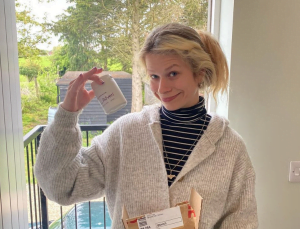 After being a patient of The Medical Cannabis Clinics for a year, Ellie applied for a job to help other patients access medical cannabis legally. Drawing on her own experience as a patient, her role at the clinic is focused on improving the customer journey.

“I’ve learned a lot more about different ailments,” Ellie said. “At the moment, I’ve been quite lucky to be in my area of interest, which is gynaecological health.  But I’m also excited to learn more about what cannabis can do for mental health.”

For the average woman with endometriosis, it can take around eight years after the onset of symptoms before getting a formal diagnosis. Ellie believes there needs to be more education from a younger age to prevent women from going years without being given the medical care they need.

“There are several layers to this; the first thing that would be incredible would be education at schools around women’s health, both for men and for women around conditions like dysmenorrhea, PCOS, endometriosis.

“Even if you’ve got a diagnosis, nothing really changed for me, other than the fact that I knew I wasn’t going crazy and it wasn’t all in my head.

“It would be great for people at all stages in their journey to feel empowered to know their body and what the symptoms are and then to know there are other choices. “

She added: “There are things which you can do to take the power into your own hands. In my experience, cannabis has been far better than any opioid has been.”

*Please note that no one involved in this article is claiming medical cannabis is a cure for endometriosis. There is currently no cure for the condition only ways to manage its symptoms. Always speak to your doctor before making any changes to your medical care.