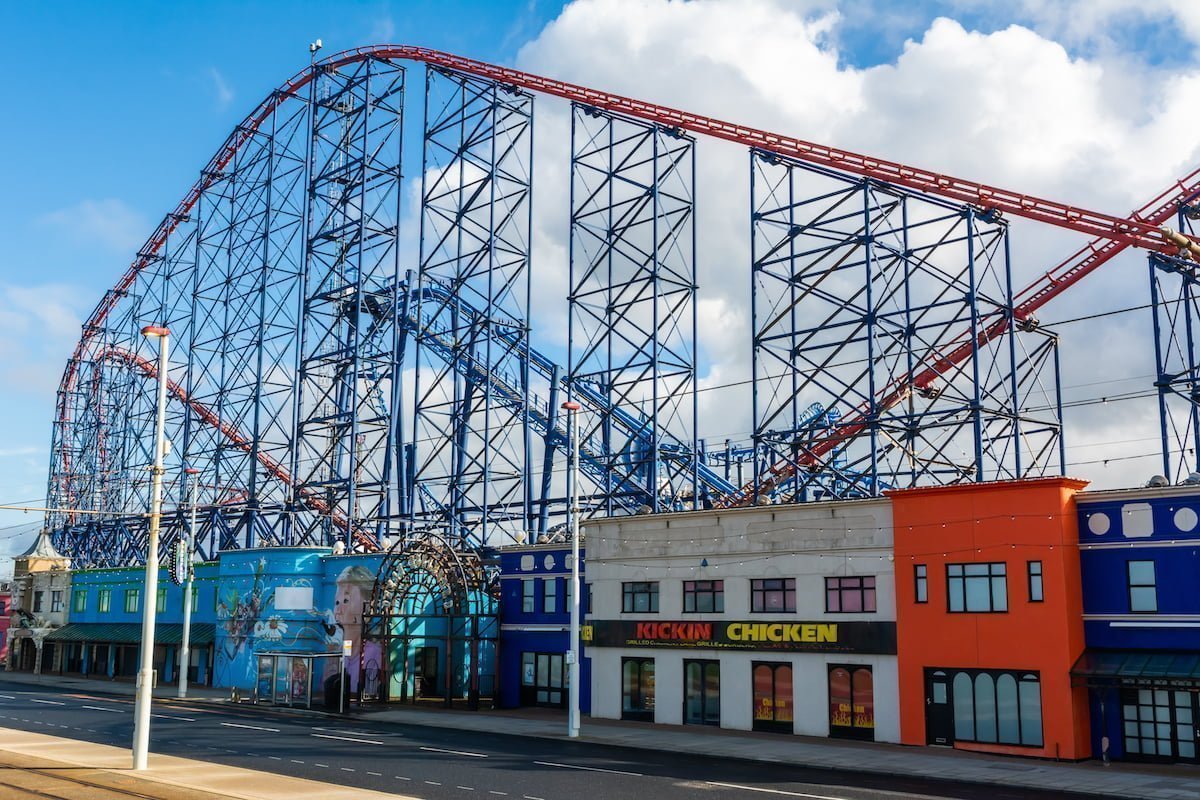 Blackpool Pleasure Beach said they were unable to the matter any further.

A patient has raised concerns after he was refused entry to a theme park while carrying his medical cannabis prescription.

Medical cannabis patient, Alex (who asked us not to use his surname) says he is fearful of going out in public with his prescription, after he was refused entry to Blackpool Pleasure Beach last month.

The 28-year-old, who has held a prescription for cannabis to manage his mental health issues for a number of years, visited the popular amusement park on 30 June, with some friends who had travelled from the US.

On entering the park his bag was searched by staff who discovered what they have described as “drug paraphernalia”.

Despite the medication being in its original packaging and Alex having a copy of his prescription, he was told to put it in a locker or it would be taken off him.

Alex says a security guard went onto say that his prescription “didn’t matter” as it wasn’t prescribed by the NHS.

“I explained that I was prescribed medical cannabis and that the grinder was a piece of equipment that I needed to take my medication,” Alex said.

“I had my prescription in its original packaging, with the pharmacy label on it and my name. I had my driver’s licence and my MedcannID card [no longer operational] and a copy of my prescription on my phone, which they didn’t even ask to see.”

Alex asked to speak to a manager, who was in a meeting at the time, but relayed that he would not be able to take his medication into the park due to concerns about children on site.

He was given the option to leave his medication with the medical officer which he “reluctantly agreed to”, not wanting to spoil the experience for his friends.

“The second security guard was quite remorseful, I could tell his hands were tied,” Alex continued.

“While I didn’t think the legitimacy of the medication was an issue, they still treated it differently from everything else. If I had walked in with an inhaler or with codeine, it would have been fine.

“They asked what it was for, but I didn’t really want to disclose my personal medical information. It doesn’t really matter what it’s for – you wouldn’t ask that if that was insulin for diabetes.”

Alex was then informed that the entry system had changed – where previously entry to the park was free and visitors paid for individual rides, they were now required to purchase a ticket for the park in advance, at a cost of £40.

He made the decision to leave, not wanting to risk spending the day without access to his medication.

“I had thought that we could walk around the park and leave when we needed to, but with the fact that we had to pay for three full price tickets, I wasn’t willing to spend the rest of the day without my medication on me, or in a place where I can easily access it,” Alex said.

“Imagine if I had kids and we’d spent a fortune on tickets and travelling, for them to say the only way that you can come in is if you surrender your medication.”

He added: “I’m prescribed cannabis for anxiety and am currently awaiting diagnosis for complex PTSD. I don’t have much time, if I feel an anxiety attack come on I need to nip it in the bud there and then. That’s a difficulty that people don’t understand.”

In an email to the park after his visit, Alex expressed his concerns about the incident, making reference to the Equality Act 2010.

In response, he was told that had he purchased a ticket in advance he would have been “made aware of the terms and conditions of entry” to the park which is located on “private land” and that they were “unable to take the matter any further”.

As he had not disclosed his disability, they said they were unable to express “opinion on the applicability of the act” and his circumstances.

Alex says he was disappointed with how his complaint was handled and that the experience has left him fearful about visiting other public places with his prescription.

“When someone is in a position of authority, they automatically have power over you in that situation,” he said.

“The security guard could have wrestled me to the ground and I couldn’t have done anything… that terrifies me because I can’t live without this medication.”

Alex continued: “It has impacted me to the point where I don’t want to go anywhere, because I just want to avoid any issues.

“I’m always worried something will happen, even going to the cinema. And I don’t want to ruin the experience for other people either, as a result of my cannabis.”

He added: “I’ve tried several different prescription drugs over the last 10 years, finding something that works for me is something I never dreamed would happen, now I just want to be able to live my life.”

“On arrival at Blackpool Pleasure Beach Alex had not purchased a ticket to enter the park.  If he had done, his attention would have been drawn to our Terms and Conditions of entry.

“Upon approaching our park entrance area, and in accordance with our Terms and Conditions, he was subject to a security search as is the same for all guests entering Blackpool Pleasure Beach. That search revealed drug paraphernalia. A resolution was reached with Alex, should he have chosen to enter our amusement park but in the event he did not and left.

“Your comparator to a person with a diabetes condition is not, in our opinion, an appropriate one.

“Alex also referred in his email complaint to the Equality Act 2010, which we feel we have appropriately addressed. Our policies and procedures are reasonable and proportionate and situations may be considered on a case by case basis.”

Seed Our Future recently published some guidelines for patients who find themselves facing discrimination when attending public places with their prescription, you can download the document here: Medical Cannabis and Discrimination – What you need to know (1)

Five cannabis headlines to catch up on