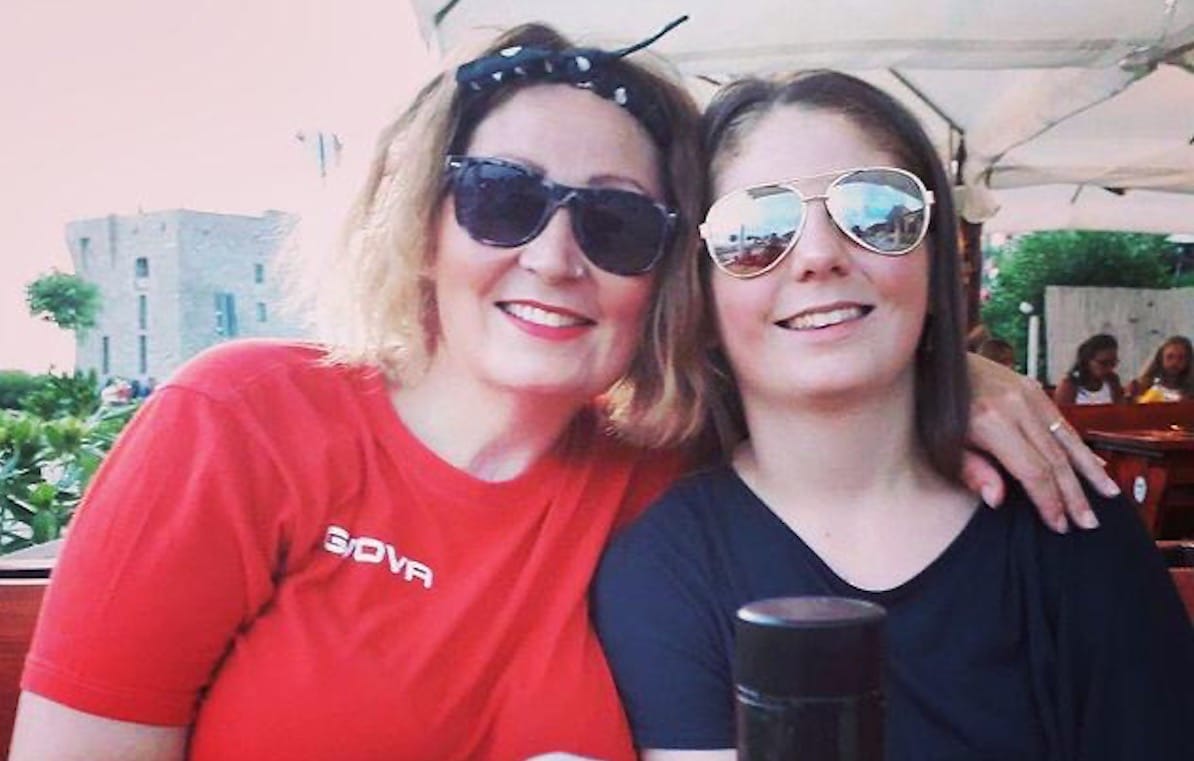 Amy and her daughter Abbie both have epilepsy

On National Epilepsy Awareness Week two families share how the condition has affected them and how they’ve found support from others on the journey to accessing medical cannabis.

Epilepsy is one of the most common neurological disorders in the world, affecting over 600,000 people in the UK – including 60,000 children and young people under 18 – and tragically causing 21 deaths every week.

Most people with epilepsy are treated with anti-epileptic drugs, but what if these fail to keep the condition under control, as with one third of patients whose epilepsy is deemed to be drug-resistant or ‘intractable’?

Many families have turned to medical cannabis and seen huge improvements in their loved ones quality of life.

An audit of the impact of medical cannabis in 10 patients with severe epilepsy, published by Drug Science in December 2020, found that there was on average a 97 percent reduction in monthly seizures.

Authors concluded that the impact of cannabis medicines on these patients was ‘remarkable’ and often ‘life-changing’.

But many are still paying thousands of pounds a month for private prescriptions of these treatments and some are unable to access them at all.

With access restricted on the NHS and the use of cannabis medicines still “controversial” among the medical community, many doctors are unwilling to even engage in a conversation about it – meaning it can be hard to know where to turn for advice.

Last year Matt Hughes, dad to Charlie, three, who has West syndrome, and Hannah Deacon, co-founded Medcan Support, an education platform to provide families with the guidance that was lacking when he began fighting for access to medical cannabis for his son.

As well as bringing together scientific research, advice for caregivers and hosting webinars with experts from across the globe, the Medcan Support Facebook group provides a space for members to ask questions and connect with others as they navigate this new field. 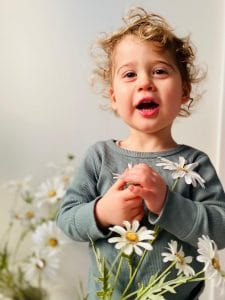 Gus has been diagnosed with West syndrome

Amanda Birch, 41, would never have had the confidence to try her son on CBD oil if it wasn’t for the group, she tells Cannabis Health.

“Our paediatrician and neurologist are both great, but they don’t want to talk about cannabis.

“They just don’t want to get involved in any conversations about it, so where else do you go for support?”

Amanda’s two-year-old Gus also has West syndrome, and suffers around 100 seizures every day.

He has only been taking CBD oil for two weeks, after trying eight different anti-epileptic drugs and being turned down for brain surgery.

“I’ve been asking our doctors about CBD oil for a while and they’ve always said no, but we need help, we have literally run out of options,” says Amanda.

“It’s been constantly on my mind. You need somebody to give you that confidence to try it and the reassurance.

“It’s a really big thing to know that there’s a space where you can ask questions, and hearing actual experiences from other parents is worth so much more. Even just being able to ask for tips, such as how to get the oil into him, because it doesn’t taste very nice – that support is important.”

Although Gus has only been taking the oil for a short amount of time and is yet to see any significant changes, she is cautiously optimistic.

“It’s really hard to feel hopeful, over the last couple of years I’ve learned that hope is actually a really dangerous thing – with each drug and each new treatment method, you hope it will work and when it doesn’t that is just so painful,” she says.

“I’m not naive enough to think that it’s going to stop his seizures, but when you’re dealing with such a complex condition any improvement can make a big difference to yours and their life. 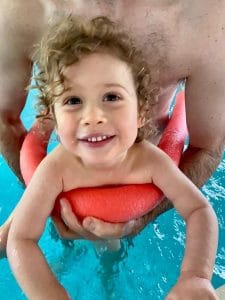 Gus can have hundreds of seizures in one day

“If it makes his quality of life 10 percent better, then it will be 100 percent worth it.”

Although Amanda would like Gus to have the opportunity to try a full spectrum cannabis oil, she fears the crippling costs that come with the prescription.

“It sounds really back to front, but what puts me off is the fear that if it does work, we’re faced with this huge bill each month,” she admits.

“How could we afford it? The fact that it looks like it is so far from being available to us on the NHS is a big factor.”

The cost is also preventing Amy Errico’s daughter Abbie, 16, from being able to access the cannabis medicines she needs.

Abbie, who was diagnosed with epilepsy at 10 months old, is currently prescribed a broad spectrum oil which costs around £350 a month.

Amy would like her daughter to have a full extract oil, but at her age she is ineligible for Project Twenty21 and would have to pay the full price, at around £1,500 a month.

“Things have definitely improved since she has been on the oil but we’re nowhere near at the therapeutic level for her… and £350 a month is a lot of money if you’re on a low income.”

Abbie’s seizures have reduced as she’s gotten older, as a baby she would have hundreds a month, whereas now it’s closer to one a week. But they can last for up to half an hour every time.

“It worries me that she’s in that state for quite a prolonged time, to see your child go through that is just so devastating,” says Amy. 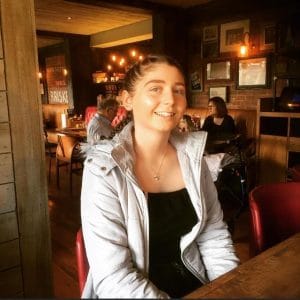 Abbie was diagnosed with epilepsy at 10 months old

“I will keep pushing, in my opinion, it should be available for everyone, at any age. I’m upset and shocked that they would consider surgery for Abbie, before trying cannabis oil.”

At the age of 43, Amy is also undergoing tests for epilepsy, having suffered seizures throughout her life but never getting a definitive diagnosis.

She recently got a prescription for medical cannabis, but struggles with the fact her daughter still doesn’t have access.

“I feel guilty that I’ve managed to get the oil and at the moment I can’t get it for Abbie,” she says.

“I have had seizures at night, my whole life. My mum took me to the doctors when I was younger and they were quite dismissive, but it’s happening more now, I think because of my age.

“I cannot tolerate artificial lighting, it just shuts my body down and makes me so ill, so I can’t be in the workplace, I can’t even walk into a shop.”

She adds: “There’s a tendency for people to think of epilepsy as someone having a tonic clonic seizure, but there’s aspects that people are not aware of, you can’t necessarily just live your life as everyone else does.”

Amy found Medcan after researching cannabis on her own for around 10 years, it’s been reassuring for her to have support from other parents. 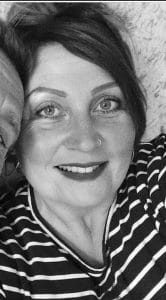 “I don’t personally know anyone else who has a child with epilepsy, so it’s been fantastic to have that support,” she says.

“It’s so reassuring to have someone that is just at the end of the text, who knows what you’re going through.”

Medcan has recently had confirmation of its status as a community interest company and hopes to raise enough this year to begin supporting families with grants and mental health support.

“We will be taking applications for grants for general things like respite, holidays, specialist equipment, the things that families have to go without because they are funding private prescriptions,” comments Matt.

“This will be a more focussed study which we hope will lead to further research, but also allow families and clinicians to make better informed decisions,” added Matt.

“I’d like to thank Hannah, Callie, Jade for their support, they contribute so much, along with Dr Evan Lewis, Dr Bonnie Goldstein.”

For support and information visit www.medcansupport.co.uk

Related Topics:EpilepsyFeaturedMedical Cannabis
Up Next

Patient Voices: Abby – “I’ve been masking with cannabis for most of my life”