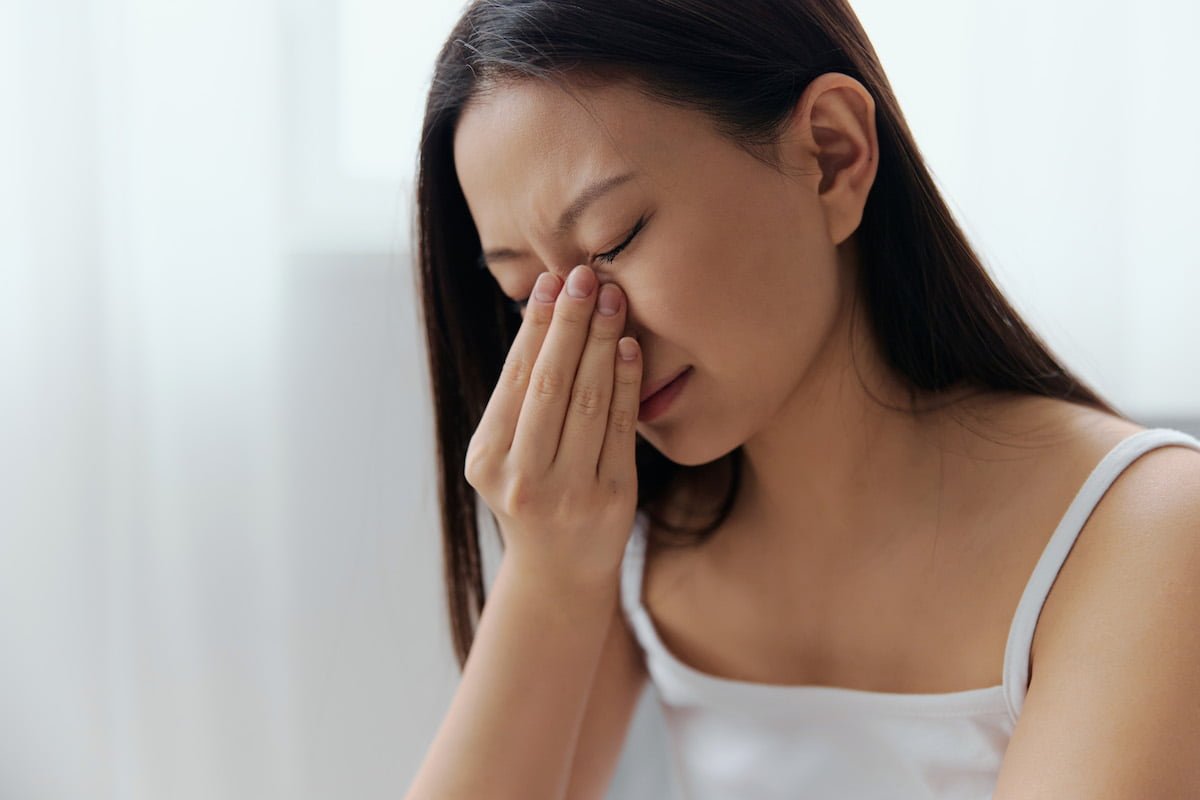 Regular cannabis use has been linked to a lower frequency of sinus symptoms, such as nasal congestion, a runny nose and a change to sense of smell.

In a new study, researchers explored the association between cannabis use and sinonasal symptoms among over 2,000 US adults.

The cross-sectional study found that those who consumed cannabis regularly were less likely to experience sinonasal symptoms than those who had never used cannabis.

Common sinonasal symptoms include nasal discharge, runny nose, nasal congestion, sinus pain, sneezing, and changes to smell, with more than 14.5 million adults in the US reporting having at least one of these.

They are thought to stem from inflammatory disorders that affect the mucous membranes, one of the most common being chronic rhinosinusitis, when inflammation occurs in the sinonasal tract for 12 weeks or more.

Previous studies have linked tobacco smoking to a higher prevalence of these conditions, leading researchers to investigate whether the same was true of cannabis, due its similarity in consumption methods.

The study extracted data from the National Health and Nutrition Examination Survey (NHANES) on adults aged 20 to 69 years.

The prevalence of sinonasal symptoms among surveyed individuals was compared between ‘regular’, ‘non-regular’, and ‘never’ cannabis users.

Regular users were defined as having consumed cannabis 15 or more times within the last 30 days.

Due to the cross-sectional nature of the study, the authors say they “cannot draw causal interpretations” between cannabis use and sinonasal symptoms.

However, they go on to explain how cannabis may be helpful in mitigating several of the “pathophysiological elements” which contribute to nasal congestion – the most frequently reported symptom.

“Cannabidiol, a constituent of cannabis, has been associated with time-dependent vasodilatory effects in human and animal models,41–43 which increase venous drainage, thereby decreasing mucosal swelling.

“Additionally, Mazzari et al demonstrated that oral treatment of mice with a CB2 receptor agonist reduced the number of mast cells that underwent degranulation. Similarly, CB1 activation was associated with a reduction of the proinflammatory mediator histamine.

“Through these mechanisms, it is possible that nasal congestion prevalence and/or severity may be managed or prevented altogether with cannabis use.”

Cannabis no more of a risk than tobacco and alcohol – study