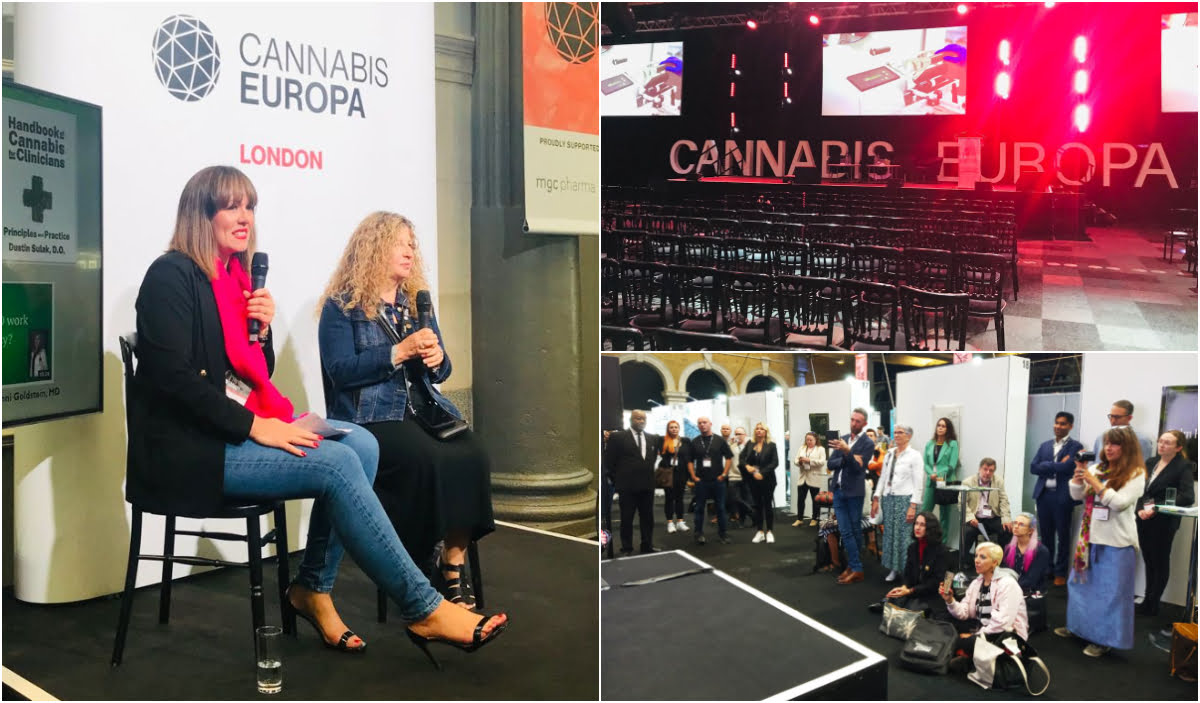 The UK cannabis conference, Cannabis Europa, took place this week, with a number of expert patients and prescribers taking to the stage alongside the industry professionals.

Dozens of talks and panel discussions were held over the two days from 28-29 June.

In a welcome move by the organisers, this year several panels focused specifically on voicing the patient perspective, digging deeper into the highs and lows of the sector as it stands today.

Out of all the information that was shared, we’ve broken down some of the key takeaways for current and prospective medical cannabis patients in the UK.

GP prescribing should be a priority

Professor Mike Barnes, chair of the Medical Cannabis Clinicians Society made a personal plea to the Home Secretary Priti Patel to permit GPs to prescribe cannabis, as well as doctors on the specialist register.

On the panel titled Bridging the Gap, Professor Barnes said pushing for GP prescribing should be a “number one priority” if we want to widen access in the UK. He urged Patel to make the “one-line change” to the Misuse of Drugs Act which would allow for the change in legislation.

“A dead child is not better than a child on cannabis”

World-leading paediatrician Dr Bonni Goldstein, and the UK’s own force of nature, Hannah Deacon, had the crowd around the Expo stage welling up as they spoke about the state of paediatric access to medical cannabis in this country.

Dr Goldstein, who has been exploring cannabis as a medicine in epilepsy and other long-term conditions since 2008, said she has seen a 70-80 per cent success rate in her patients, more than most pharmaceutical drugs.

She said: “What is the point of hanging onto these paradigms of pharmaceuticals when you might be able to change the quality of life and improve a child’s existence with a plant?”

She also urged doctors to “collaborate” with parents on their child’s care.

Summing up the talk with – in her own words – a “brutal” reality check, Dr Goldstein added: “A dead child is not better than a child on cannabis… this is unacceptable.”

The CEO of Lyphe Group, which owns the UK largest prescribing clinic, The Medical Cannabis Clinics (TMCC), Jonathan Nadler, surprised many when he revealed that he wants to see the decriminalisation of cannabis in the UK.

Nadler, who was speaking on the Bridging the Gap panel, said he was in favour of decriminalisation and a “grow your own” model, if the NHS was not going to budge on access.

“I believe we need to decriminalise if the NHS aren’t going to move and cannabis isn’t rescheduled – we have to decriminalise, have a grow your own market and clubs in operation,” he said.

“That will allow patients that can’t afford cannabis to access through a grow your own market.”

The need for better training

Professor Barnes admitted that there was a need for a “proper, accredited” training course for clinicians who wish to prescribe cannabis medicines.

His comments came after Jonathan Nadler, of TMCC, promised his team had already, and continued to do so, made “improvements” to training following a “disappointing” CQC report earlier this year.

Professor Barnes said: “The patients are the experts, so the doctors have got to be compassionate and well-trained, but also trained to actually listen to the patient, because the person in front of them probably knows more about it than they do. “

The “death of all cannabis clinics”

Barnes, who is also chair of the Cannabis Industry Council, also said he would eventually like to see the catch-all cannabis clinic model we have in the UK at the moment, move towards more general condition focused practices, such as pain clinics, where cannabis is just one of a variety of treatments on offer.

“The cannabis clinic was the only way to start,” said Barnes.

“But I think, if we assume access is going to stay private, then what I’d like to see is a clinic where the doctor can look at all the possibilities, such as physiotherapy, exercise, over-the-counter medications and cannabis, just as part of their general armoury.”

He added: “We want to embrace [cannabis] as a perfectly valid, perfectly safe part of medicine. So I think in the end, going forward five or 10 years, the pure cannabis clinic will have gone or morphed into a more generic clinic.”

The double stigma of cannabis and women’s health

On a panel exploring the role of cannabis in women’s health, Dr Dani Gordon, vice chair of the Medical Cannabis Clinicians Society, spoke out about the stigma facing women who find cannabis helpful for a variety of medical conditions.

Dr Gordon highlighted how the evidence base is often “skewed” to focus on the potential harms of cannabis, rather than the benefits to a patient’s pain or overall quality of life.

She also said that while she “hadn’t been brave enough” to do so herself, in some cases continuing to prescribe cannabis during pregnancy may cause less harm than forcing a patient to return to other medications or leave the symptoms of their condition untreated.

Dr Gordon who has treated women of all ages at her clinic – her oldest patient is 89 – says the stigma is slowly being broken down. The next steps? To tackle that facing mothers and parents who use cannabis recreationally, too.

Patients are the heart of the industry…

The panel highlighted the hard work and long hours of volunteers who have driven medical cannabis forward since the beginning, taking the lead on campaigning, educating and even building the evidence base.

Ellis, who is an endometriosis patient herself, commented: “I come from a technology background, where your subscriber is king. It’s exactly the same here – patients are the kings and queens of this industry.

“We need to make sure that we’re engaging with advocacy groups, and not just within the cannabis industry, we’ve got to think about cannabis naive patients that exist outside of the kind of small embryonic industry that we’re working with.”

…So pay them fairly

The panel also called for long overdue financial support from companies who wish to draw on their invaluable expertise to “make a quick buck”.

“All of the information and experience that they have gathered over the years, in their thousands of hours that have been invested into this, that’s valuable information for these companies,” said Poitras.

Deacon added: “I don’t think cannabis businesses should treat this business model any differently to any other service industry… Who’s your stakeholder? It’s your patient and your doctor. That’s how you make money. You understand what your patient wants, you understand how you can connect with doctors, and you put money behind that.”

A small contribution of just £200 a month would allow Medcan Support, which provides support to dozens of families looking to try medical cannabis for their child, to employ a full-time member of staff.

Rapper and cannabis enthusiast, Big Narstie, addressed the elephant in the room when he spoke about the huge gap between the predominantly “white” legal medical cannabis industry and the recreational market which is a huge part of many black and ethnic diverse cultures, who use the plant for medicinal, spiritual and wellness purposes.

He also expressed his ambitions to open a Rick Simpson clinic in the future, treating patients and running courses on how to use Rick Simpson Oil safely.

Representatives from NGO Fair Trials and the Last Prisoner Project finished the conference with the announcement of a new global justice project which aims to secure relief for those in prison for cannabis-related convictions.

​Through collaboration with local partners in appropriate jurisdictions, the Fair Trials project will identify people in need of legal assistance, and recruit, train and match volunteer lawyers to take on their cases.

Patient groups are key to a thriving cannabis industry – so support us, say campaigners